A South African soldier who was born in Zimbabwean panicked after seeing this.

It's nearly difficult to go online these days without coming across a story concerning Zimbabweans living in South Africa. First, there is the issue of work, or the lack thereof, which has reached a critical stage in South Africa; currently, 34.9 percent of South Africans are unemployed, with almost 60% of the youth (17-34 years old) unemployed. With the bulk of its young people on the streets, with nowhere to work and nothing to do all day, no country can ever survive. This is why we've seen an increase in crime rates, particularly what's known as economic crime, such as drug sales and theft.

The fact is that South Africa cannot hire every African who seeks employment, and it cannot also employ all Zimbabweans who cross its borders, whether legally or illegally. It's past time for Zimbabweans to deal with their problems at home rather than trying to find refuge in other nations. 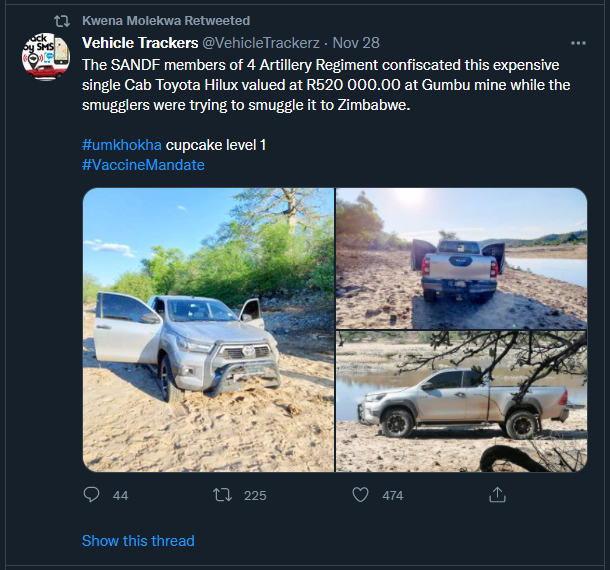 Then there's the problem of "untraceable foreigners" who slip in and out of the country and perpetrate horrible crimes including robbery, hired hitman, hijacking, and smuggling of cars and cigarettes over porous borders.

Yes, the majority of foreign nationals in South Africa are law-abiding citizens, whether they are Zimbabweans or not. The few bad apples, on the other hand, tend to get a lot of press publicity to justify their actions. Imagine bringing a stranger into your home to share a meal with him because he is in need, and when he leaves you to realize that your wallet is missing, or worse, that your child has been molested or anything worse, and you will be hesitant to accept a stranger in the future.

A recent case in Limpopo was just heard last week, in which an illegal Zimbabwean was accused of [email protected] and killing seven women.

Without real improvements, the situation is likely to spin out of control, resulting in xenophobic attacks similar to those witnessed in 2008 and 2015. Turmoil, or the perception of chaos, will always lead to the growth of extreme nationalist figures such as Gayton Mackenzie, Lux Nhlanhla, and Kwena Molekwa, whose vocations are to wake up and trash foreigners on social media in the hopes of making a political career off of people's sorrow.

What about Zimbabwe, for example?

Any rational person is aware that the present administration has struggled to turn the economy around thus far. It's past time for President Mnangagwa to take severe measures to turn the economy around. Mthuli Ncube, the finance minister, has proven beyond a shadow of a doubt that he is incapable of executing pragmatic policies that create jobs and revive dying sectors; he must resign.

What kind of people go to a place where they are not wanted rather than helping their own country? What now, with no self-respect and no patriotism?

Aloe vera detox drink - how to make, benefits and all that you need to know