Prosecutor Shot Dead As He Was Entering The Courtroom In Umlazi.

By Life_News (self media writer) | 5 months ago 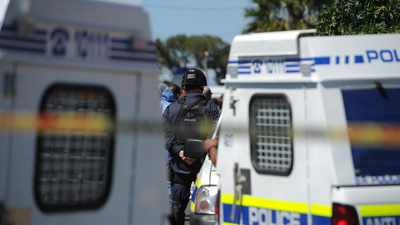 THE Umlaza Magistrate's Court prosecutor was shot dead in the morning when he arrived this morning to start work.

Mr Lwonabo Booi (36) was approaching in his car when he was stopped by a car and men opened fire on him. They then allegedly got into a car and beat him up, leaving him lying on the ground at the scene.

“Umlazi police have been informed of the case of a 36-year-old man who was shot dead. He was critically injured in the upper body and died on the spot while the matter was being investigated by provincial police, "said Brigadier Naicker.

The motive for the killings was unknown, but as he appeared in court he would continue with a case that had been heard a little earlier.

MY his rest in peace . This is such a sad news .

Zahara's Ex-boyfriends: Let's Check Her Love Life And Why They Broke Up