Over the weekend, at least 35 people perished in North-Eastern Brazil due to severe rain. In what is the South American nation's fourth significant flooding catastrophe in barely five months, heavy rains pounded two major cities on the Atlantic coast. 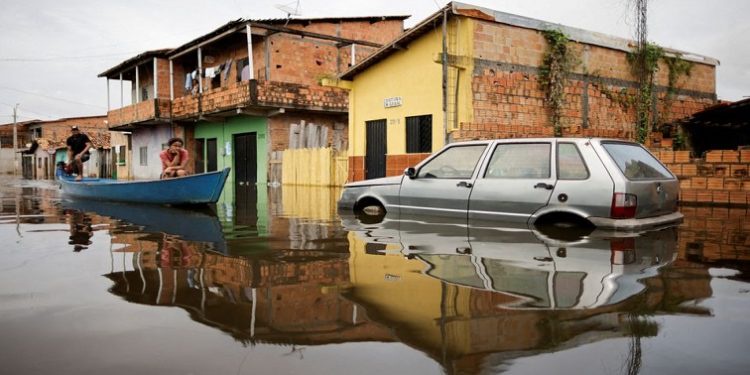 Rains triggered landslides that swept out hillside urban neighborhoods on Saturday afternoon, according to the state of Pernambuco's official Twitter account. Many of Recife's neighborhoods, like many other Brazilian cities, were developed in places prone to landslides and mudslides.

According to the state authorities, approximately 700 individuals were forced to flee, at least temporarily.

According to the Brazilian federal emergency agency, authorities in the neighboring state of Alagoas have recorded two deaths. Rains wreaked havoc on Bahia state, also in North East Brazil, in late December and early January, killing scores and displacing tens of thousands. Flooding in the Brazilian state of Sao Paulo killed at least 18 people later in January.

In February, torrential rains in the Rio de Janeiro state's highlands killed nearly 230 people. While much of Brazil was in the grip of a severe drought for the bulk of 2021, surprisingly heavy rains fell in the last months of the year.

The often-fatal floods that followed have sparked debate about the impact of climate change in Brazil's unpredictable weather patterns, as well as attention to the country's often-haphazard urban development. According to local media, Brazilian President Jair Bolsonaro is assembling a federal task force to be dispatched to Pernambuco on Saturday. Luiz Inacio Lula da Silva, his major opponent in the October presidential race, condemned the flood on Twitter. "My heartfelt sympathies to the families in the Recife metropolitan area who are being impacted by the heavy rains," he wrote.

PRAYER: Lord, Let My Life Be A Pleasing Aroma To You