Shop Owner Got Nabbed After He Was Caught With This. It's Worth Will Leave You In Disbelief. Pics 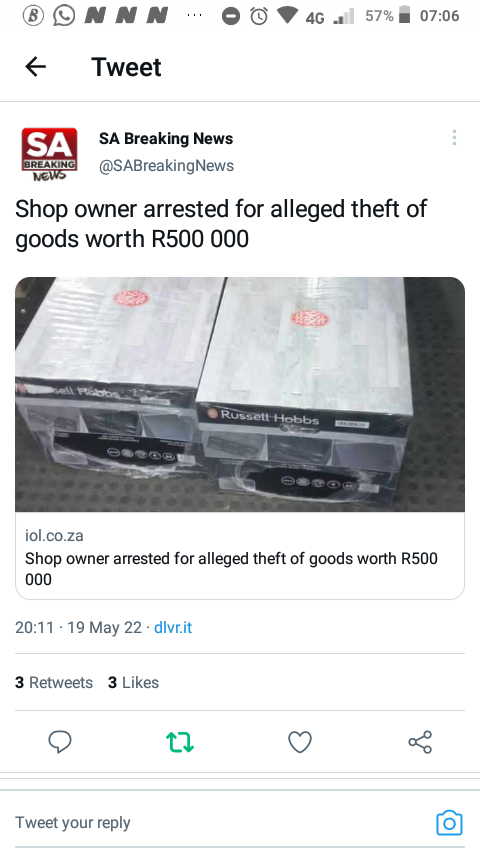 Rustenburg - At the Molopo Magistrate's Court in Mmabatho, the defendant, who is 29 years old and was arrested in connection with possession of suspected stolen items with a value of R500,000, was granted bail and allowed to walk free.

When Lin Ping appeared in court on Wednesday, the judge decided to release him on bond in the amount of R2000. On Monday, he was taken into custody in Mahikeng.

"The accused person was taken into custody on Monday, May 16, 2022, in Ngaka Modiri Molema by members of the stabilization team working in conjunction with a private investigator from Gauteng, according to the information that we have at our disposal. Following an investigation of Lin Ping's wholesale location in Mahikeng, where goods that may have been stolen were found, this came to pass.

When the search, a total of R500,000 worth of goods, including microwave ovens, electric kettles, stoves, radios, drill machines, and cooler boxes, were seized after they were positively recognized, according to Lieutenant Colonel Amanda Funani.

According to what she indicated, the inquiry into the incident is ongoing.

On Wednesday, police in the province of Gauteng reported that two individuals had been detained on suspicion of possessing property believed to have been stolen as well as interfering with critical infrastructure.

Two guys were taken into custody by the Gauteng police in Zonkizizwe for being in possession of a transformer. Picture: SAPS

"A preliminary report indicates that security personnel stationed at the Transnet sub-station in Zonkizizwe were conducting patrols along the railway line when they became suspicious of some activities. According to Sergeant Rufus Tema, "The guards discovered two suspects in possession of a dismounted transformer and notified the police."

Copper cables were found and four further suspects were taken into custody on Wednesday in the Primrose area.

According to Sergeant Styles Maome, the investigation into a theft case included the police following up on information regarding suspects who were allegedly linked to the crime.

Copper cables and two weighing scales were located at the stated address in Primrose after the team followed the lead provided by the information. 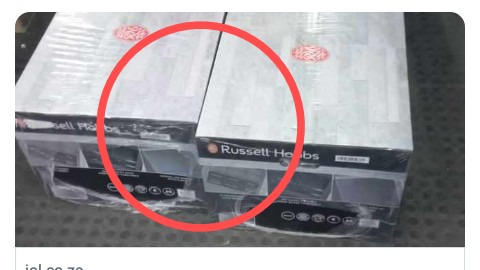 According to Sergeant Maome, "the owner of the residential property as well as three other suspects have been arrested, and they are now facing charges of theft, possession of property that is alleged to have been stolen, and tampering with important infrastructure."