Update : More Information Surfaced Regarding 17 Of The People Who Died At The Tavern. 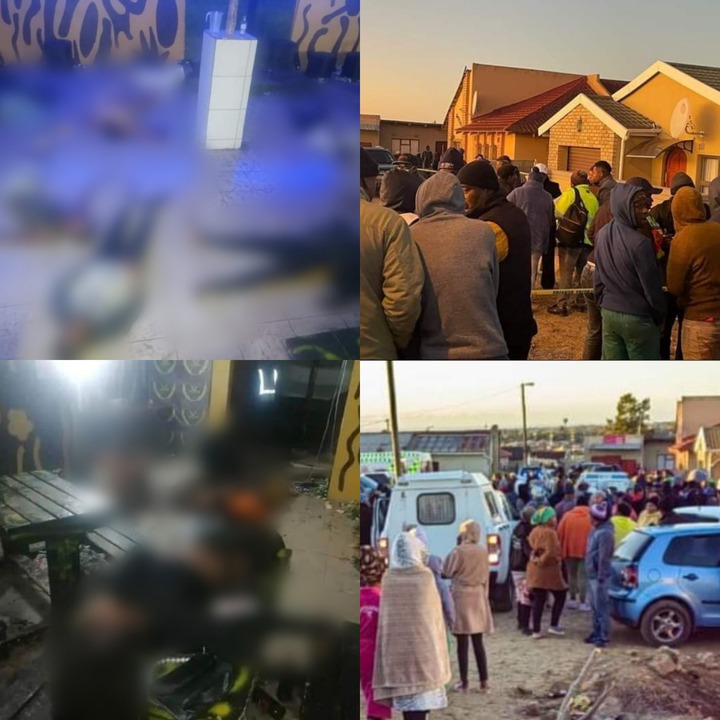 Reports state that 22 people were found dead in a night club in the Eastern Cape Province. It has been confirmed that 17 of those people are young people which left many people very heartbroken as they feel for the parents of these children. It is alleged that a group of children that went out for clubbing to do up and down but it seems like it and that in tragic. The group was club in one all of a sudden people started dropping on the ground then others called ambulances as well as police officers to come and assist and when the paramedics arrived none of the people were responsive and they were all declared dead on the scene.

They are family members and parents were waiting outside so that they could check the bodies and verify who is who. Police haven't managed to established what led to the death of all those people who died at the tavern but they are currently doing their investigations. One can assume that the patrons were exposed to some form of poison because they do not even have any sign of Injuries or anything beyond that which is proof that were ever killed them happened inside their body is not outside. An autopsy will be done in order to determine what led to their deaths but for now members of the public should let police do their investigations. 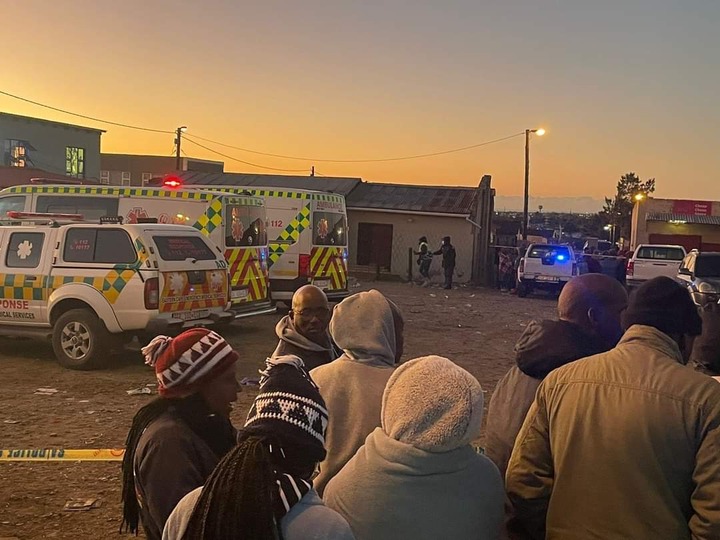 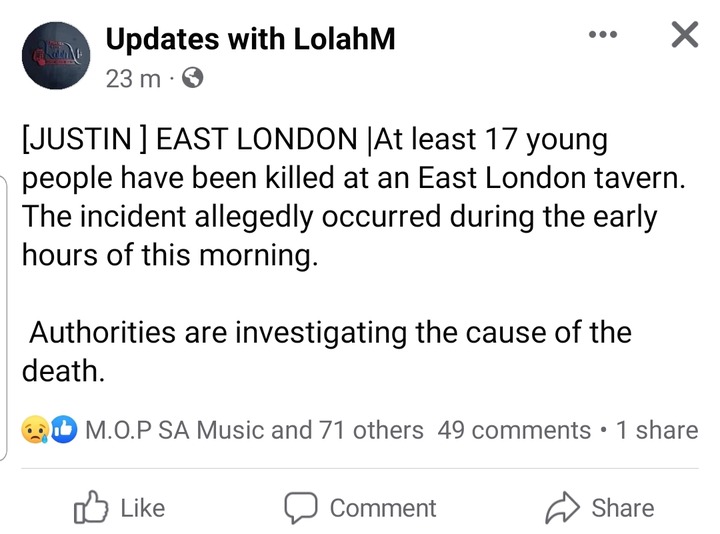 The family that begin to enter the premises so that they can see if it is their loved ones who are dead when you can imagine how it is for them to just find their loved one lying on the ground, whereas the person left last night saying they are going to have fun. Police must ensure that they find out what happened to those people so that the families will find closure.