There is a trend which is now easily noticeable in South Africa whenever a situation arises. Over the last year's, the rate at which violent crimes have been reported has been growing at an exponential rate. 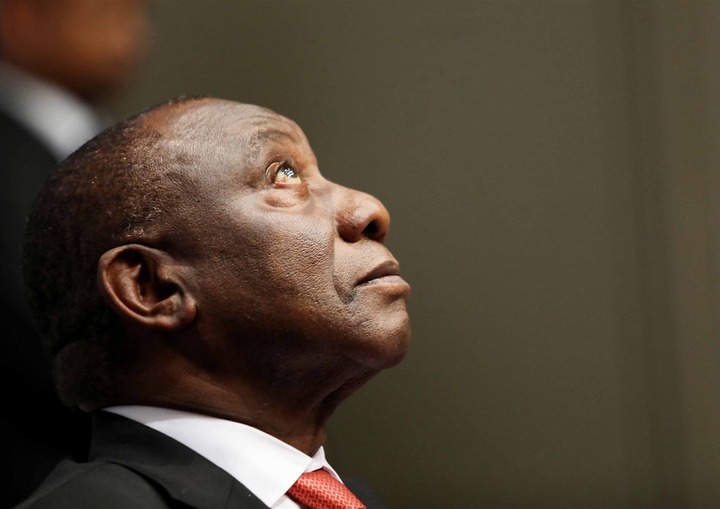 If the leadership of this country had acute minds and could tactfully devise ways to solve the recurring problems, this should have been a thing of the past. Some analysts have begun labelling the country as a Gangsters Paradise as this is the only place where criminals run the show.

In a report which was published by the SAfm News today, it was stated that Police Minister Bheki Cele just did something that he has become famous of doing. Cele had visited the crime scene at which three women were killed in a drive-by shooting during a meeting at Inanda north of Durban at the weekend. Five other victims who also got shot on the said day are in hospital battling for their lives. 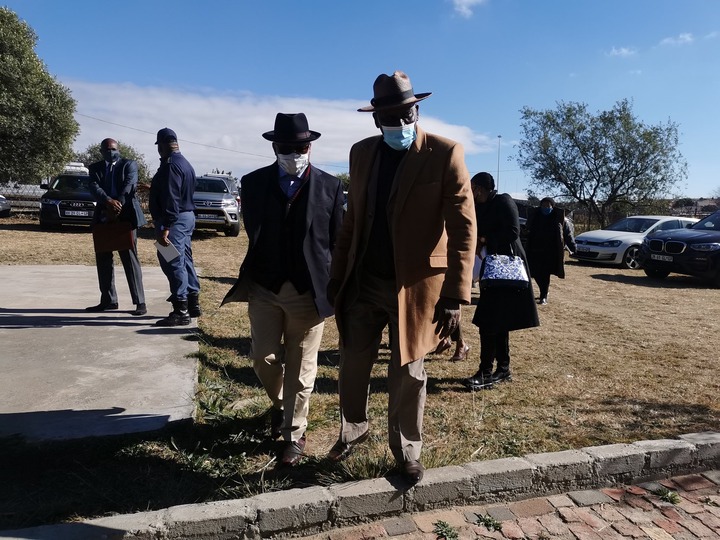 This is something Cele always does as he walks to crime scenes with his envoys and gives a small speech. As we grew up, we were always told that prevention is better than cure. Cele as the minister of police should devise ways to stop this madness which has been going for far too long. 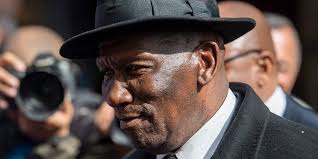 It would have helped if crime was under control in our country but the president and the rest of the security cluster ministers have once again been caught napping. Like one user who responded to a post by SAfm News, they gave a suggestion which the president should maybe take into consideration.

Ramaphosa should create a ministry of "Crime Scene Tourism" and give it to Bheki Cele. It has been noted that Cele does nothing but seems to enjoy touring crime scenes.

Below are some of the reactions from users on twitter after they heard that Bheki Cele has visited a scene where three women were shot dead. 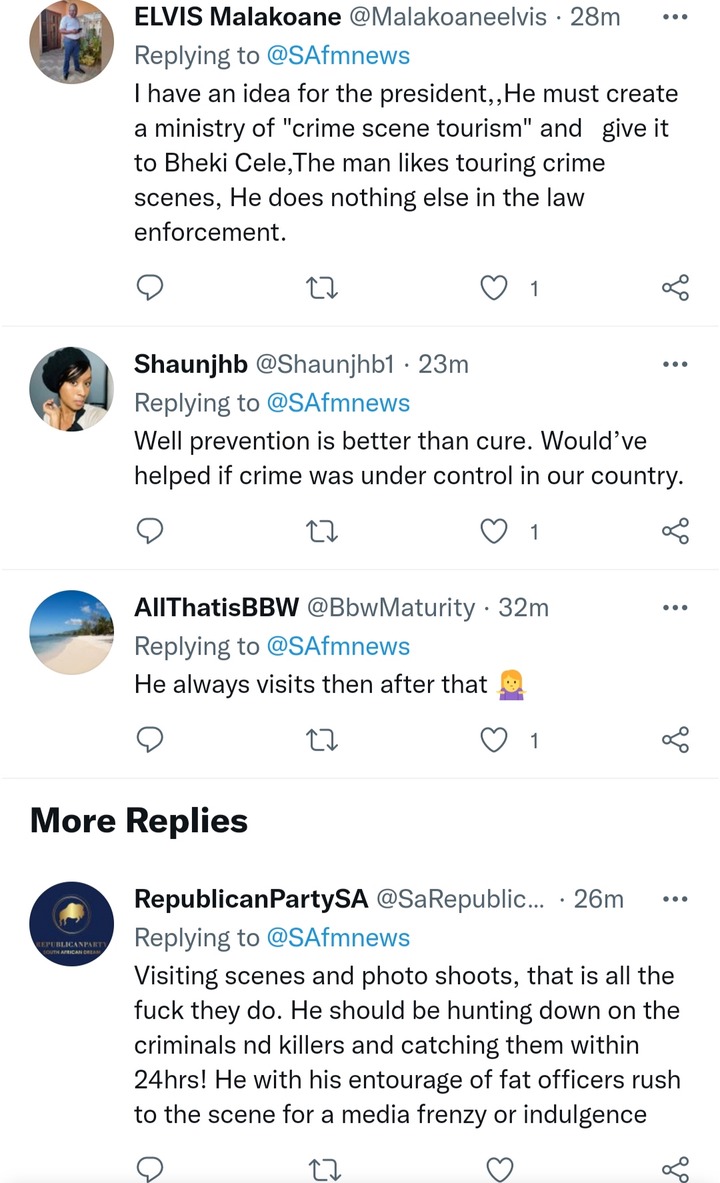