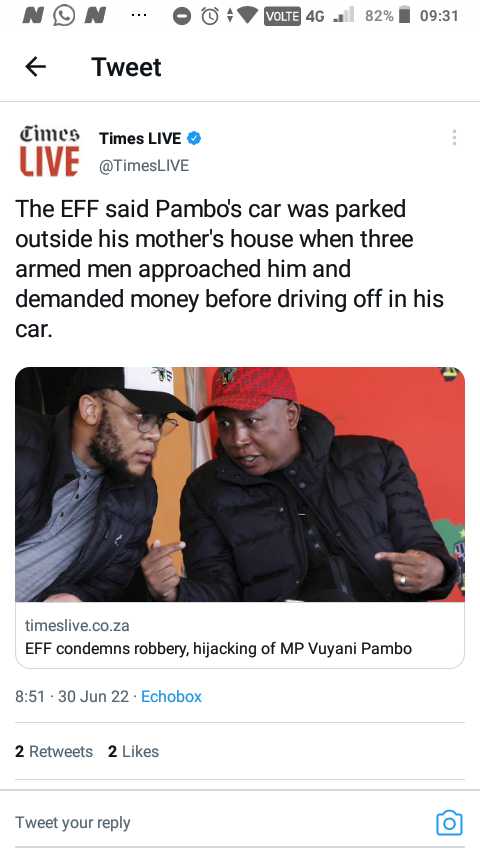 The EFF has issued a statement condemning what happened on Monday evening with the kidnapping and robbery of MP Vuyani Pambo.

According to the party, Pambo's car was parked in front of his mother's house when three armed men approached him and demanded money before driving off in his car. They allegedly did this while Pambo's mother was inside the house.

"The armed individuals drove about with the vehicle and left with his personal possessions, which included his passport, identity documents, organizational materials, and other valuables," the author writes. 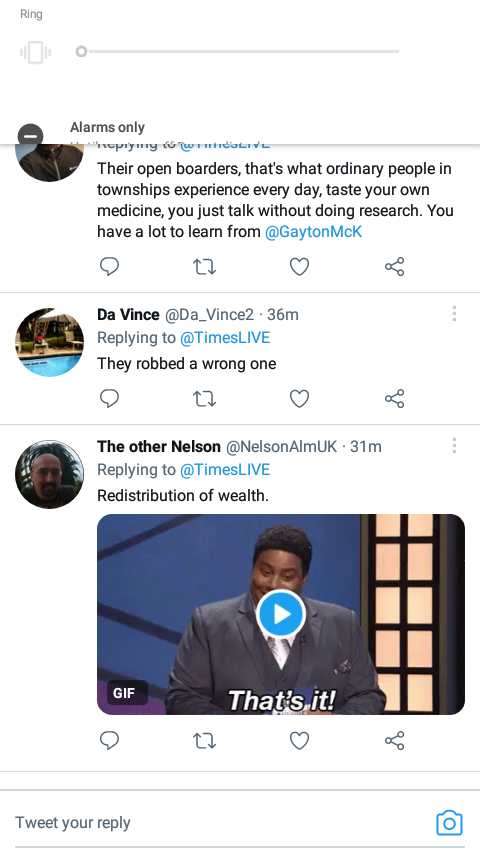 The fact that the robbery was carried out in the manner that it did "demonstrates that it was premeditated."

According to the EFF, Pambo was there at the scene of the crime together with both his own child and the mother of his other child. Nobody was hurt in any way.

"This episode demonstrates that no one is immune to criminal activities, and the persistent incompetence of this government has given criminals the confidence to strike with the full knowledge that there will be no consequences for their actions."

According to the EFF, "the levels of criminality, notably of organized crime, have reached unbearable levels," particularly with regard to kidnappings, hijackings, and murders.

According to statistics on crime that were collected on a quarterly basis and published a month ago, the rate of common robberies and car hijackings rose by 13 percent and 19.7 percent respectively in the first quarter of 2022.

The failure of crime-fighting initiatives frequently begins at police stations, which is why Police Minister Bheki Cele has called on police officers to pull their weight in the fight against crime. 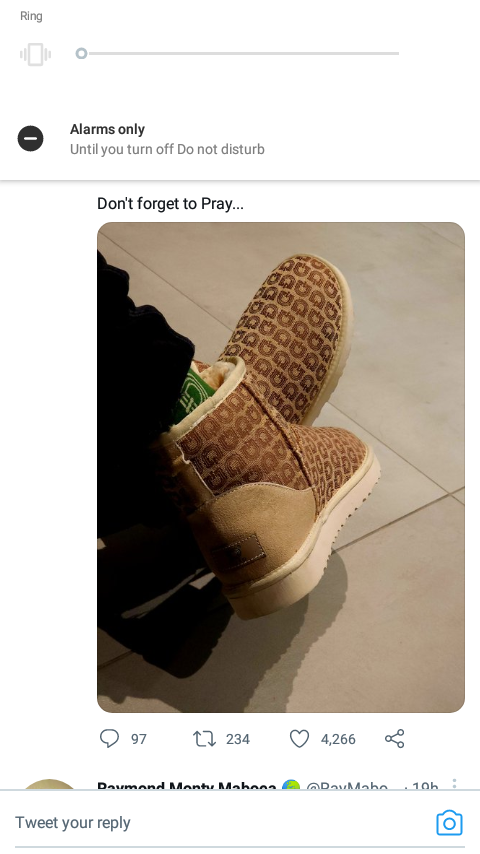 "The South African Police Service is comprised of thousands of hardworking and devoted policemen who put their lives in danger on a daily basis in order to carry out their duty. Regrettably, there are certain police officers who are a disservice to the communities they serve. The failure frequently begins in the local police station. 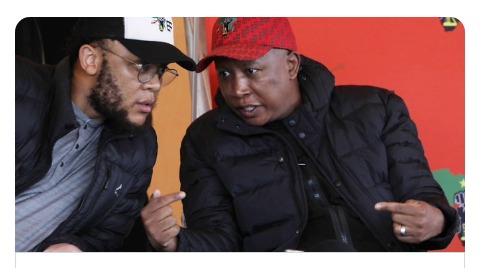