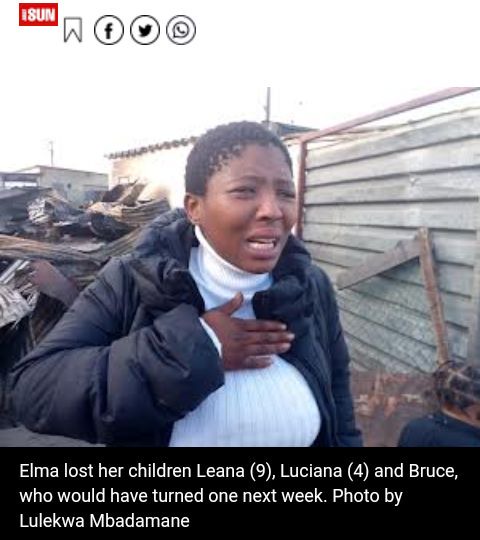 Three children were lost in a shack fire on Saturday in Wesbank, Cape Town, leaving a mother inconsolable.

The fire's origin is unknown, but residents claim it occurred during a load-shedding period.

I've forgotten the reason I was alive. The kids I adored so much were lost. Elma Nyakena, the distraught mother, broke down in tears and said, "I still don't know what to do."

Bruce, who would have turned one week old next week, Luciana, 4, and Leana, 9 years old, were all taken from Elma.

Aunt Ilze Rondganger told the reporter that they were devastated by the fire since it had taken lives.

Letticia Mgxebe, a resident, claimed she awoke to shouts and commotion as people ran to put out the fire. 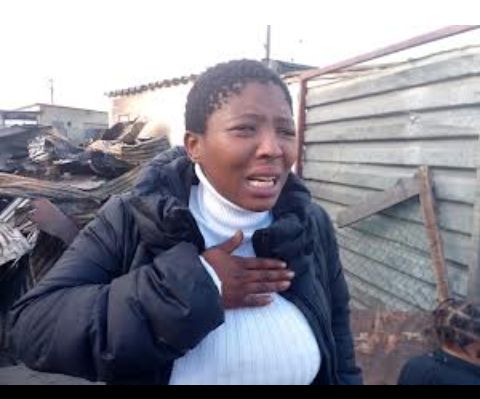 "I could have died inside my shack if it hadn't been for the noises." "We're still not sure what started the fire, although there was no electricity at the time," she explained.

Ilze stated that one of their male residents saved the grandmother, who was sleeping with the children. He was severely burned while attempting to save the children and is currently fighting for his life in the hospital.

"He tried, but he got severely burned," Ilze explained.

Jermaine Carelse, a spokesman for Fire and Rescue, verified the occurrence.

According to Carelse, yesterday morning, July 2, a fire in Wesbank claimed the lives of three children, ages 1, 4, and 9. A residence on fire in Baxley Crescent was reported to the City's Fire and Rescue Service around 2:15 in the morning. Firefighters arrived on the scene to find several structures ablaze. Just before 4 a.m., a total of 24 firefighters were able to control and put out the fire. The children's bodies were found in one of the improvised structures as firefighters were putting out the fire.