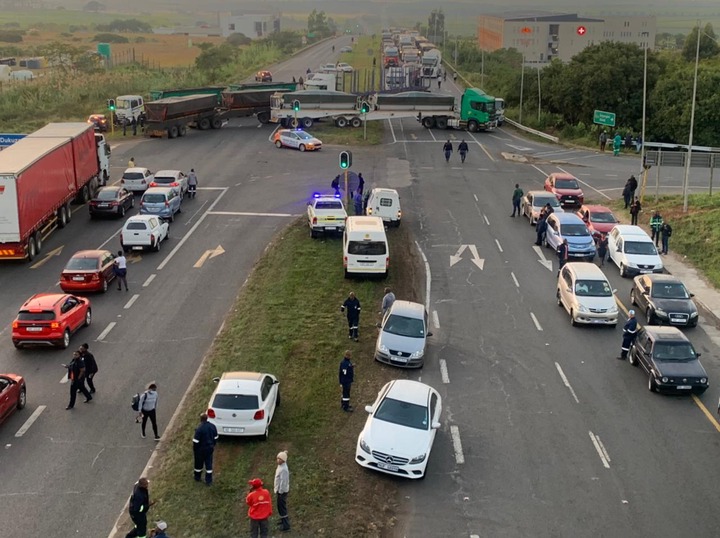 An old adage has it that history has a tendency of repeating itself, and in South Africa last year July saw Kwa-Zulu Natal and some parts of Gauteng being massively looted after what started as peaceful protests turned violent. It is feared that this may repeat this July as #NationalShutdown hits Kwa-Zulu Natal province.

In the morning hours of Thursday, R34 Road Between Empangeni and Richards Bay was closed due to the #NationalShutdown strike. Trucks were used to block the road.

Richards Bay national shutdown is calling for a fuel price decrease to at least R17 per litre after a price hike. 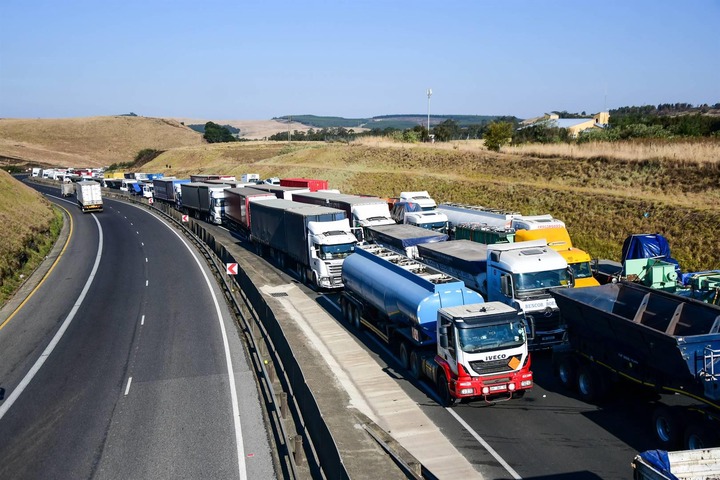 Some of the rules of the protest are that there should be no burning of tyres, no damage to infrastructure, and no looting. Whether or not these rules will adhered to is something the nation will have to see for themselves.

In Mpumalanga province where the shutdown started, protests are ongoing with some now burning tires. Protest action by taxi operators currently underway with roads blocked. They want fuel prices to be reduced, roads fixed and issue of loadshedding attended to.

In Hazyview... a small town under Mbombela Municipality... Roads have been closed, and no transport allowed to pass which has resulted in people walking into and out of town. 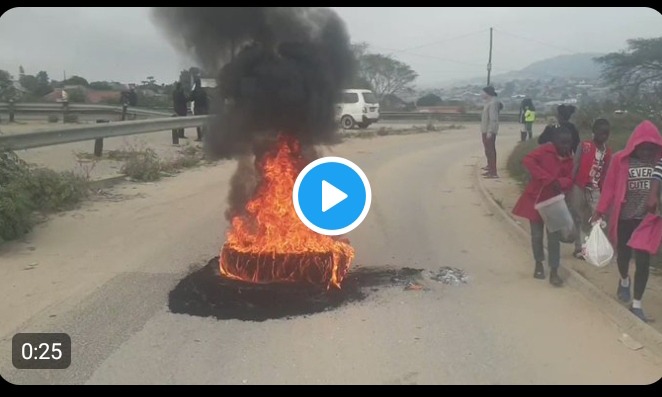 Critics argue that this is the time for government to intervene before this gets out of hand. ANC RET comrade said these national shutdown protests are a depiction of exactly how last year's July unrest started.

"This is how July unrest started. We are on top once again.Truck drivers always lead the way," said the RET comrade.