One South African diner at Hatfield's Ocean Basket claims he gave his server a generous tip when he realized the waiter wasn't from Zimbabwe. He explained his position by saying that a common practice at many South African eateries is to hire employees who aren't originally from the country. 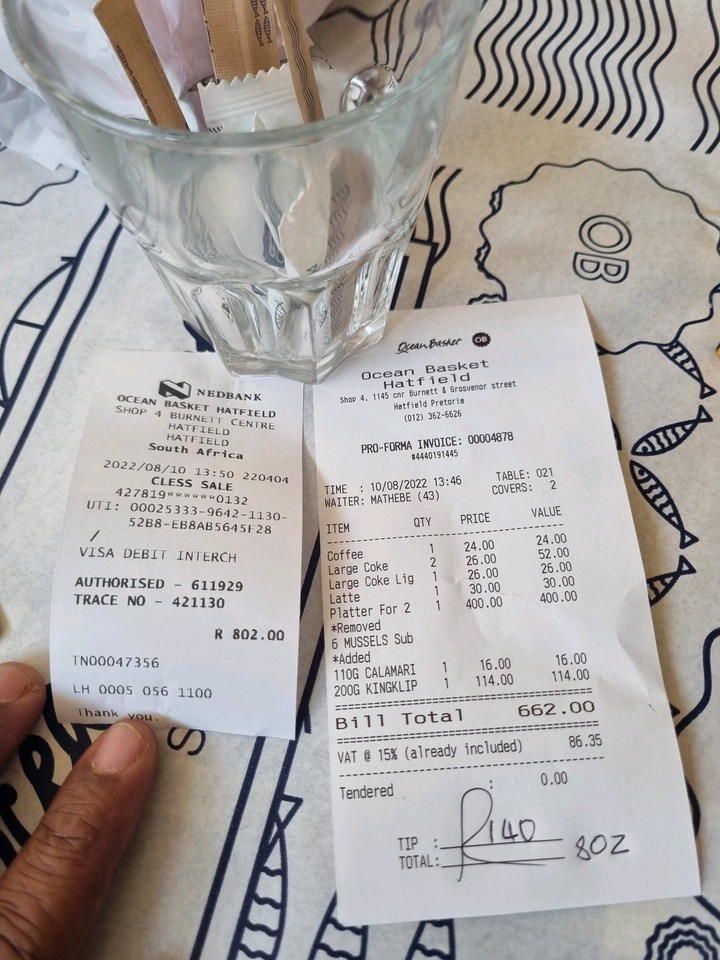 That's why he gave the waiter such a nice tip. Nonetheless, many others who viewed the man's tweet had various views to it. Waiters depend largely on gratuities, hence some have suggested that nationality should not be a factor in how much one should tip them in restaurants.

Some, though, who shared the man's perspective that South African servers should be given special treatment, approved of the tip the man ended up giving. The slip indicates that a South African man gave R140 to a server who was also presumably South African. In addition, it is customary to provide a gratuity for wait staff at every meal. However, there is no standard tipping amount; any amount of money is appreciated.

As the South African man was quoted as saying "Once again, I visited Hatfield Ocean Basket for lunch. Even though the waiter wasn't from Zimbabwe, I still gave him a handsome tip. Let's take action to safeguard our employment opportunities, as few native South Africans are hired by the country's restaurants. Jobs here are exclusive for South Africans only."

Certain low-skilled professions that have been increasingly handed to immigrants in recent years are the subject of heated discussion. Those who support "Put South Africa First" have since noted that it is only fair that a percentage of those restaurant jobs go to citizens of the country.

Finally| ‘Mnangagwa Fake History EXPOSED’ He Is Not Even A Zimbabwean, Just Mugabe’s Errand Boy