By Nozizwe_Wilson (self media writer) | 26 days ago It's no news to South Africans that Julius Malema and Economic Freedom Fighters political party (EFF), have always advocated for the unity of the African continent under the umbrella of United States of Africa.

This is because he believes all black race no matter the country should have each others back, this has gotten him respect and love from many

Yet indeed when some things look too nice, it's probably too good to be true and or maybe it just has its decaying aspects. That is the case of a Top recognised EFF member whom just revealed how he and probably the EFF are supporters of child trafficking. 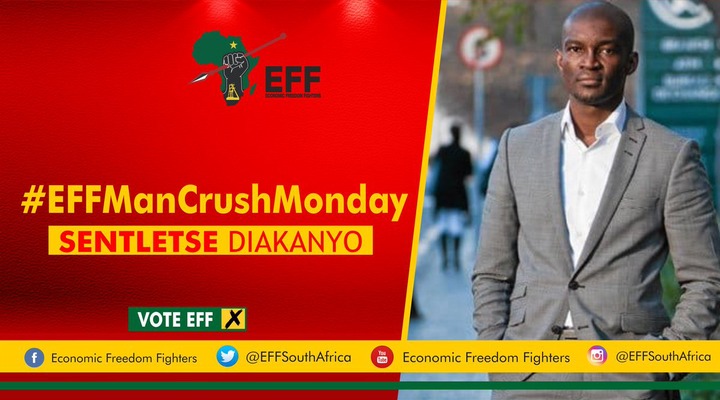 A White South African lady has called out a Top recognised EFF member, Sentletse Diakanyo, for his bullshit and evil desire in supporting child trafficking. Knowing simply as Natasha, the white lady is one who doesn't condone discrimination and selective evil of any kind, hence why she's known to blast most politicians.

According to the post Natasha made on twitter, she provided screenshots of Sentletse's tweets. She indicated a report that announced popular musician Rihanna's Beauty label being investigated for child labour in India.

Unfortunately, Mr Sentletse quoted the picture saying "Tell the Families of the Child laborers where to get their next meal of the children are not working". The rather senseless tweet pointes out the fact that although the EFF claims they hate the suffering of child, they only refer to African kids. 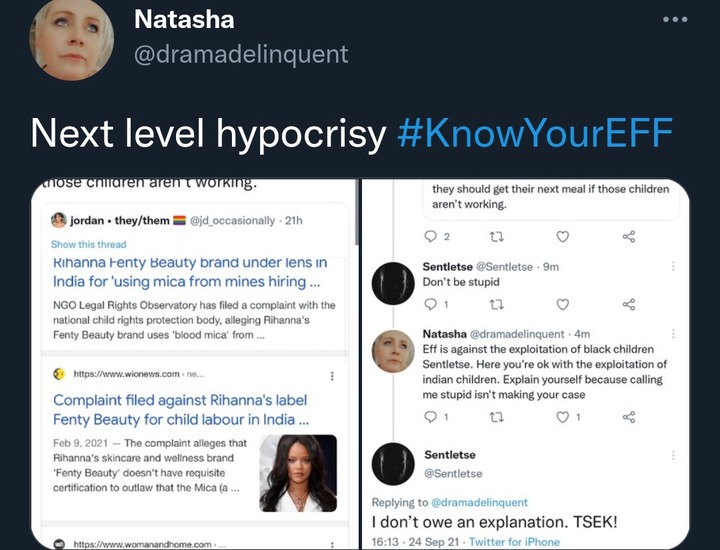 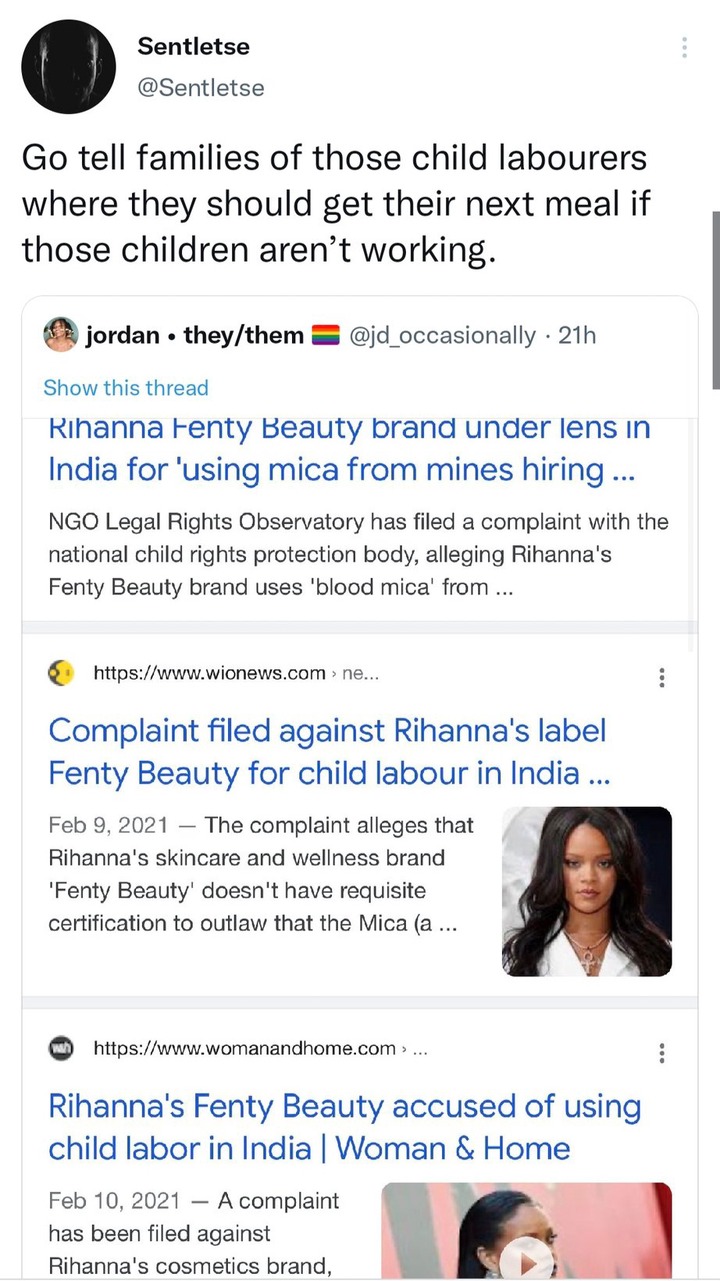 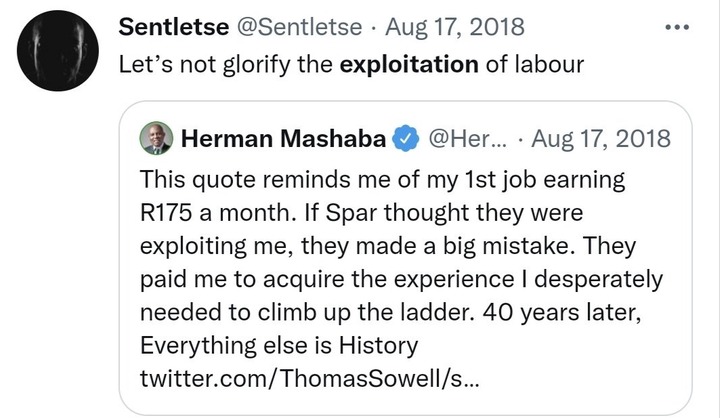 This obviously infuriated Natasha who took to exchanging words with Mr Sentletse on the tweet, pointing out his hypocrisy and vile heart towards the white race. He only buttress the fact that although the EFF might have good intentions, they're also racist like the whites they tend to always blame.

She went further to expose the EFF member's alleged support and participation in child trafficking. According to her, if he supports it then he's one way or the other involved somewhere. 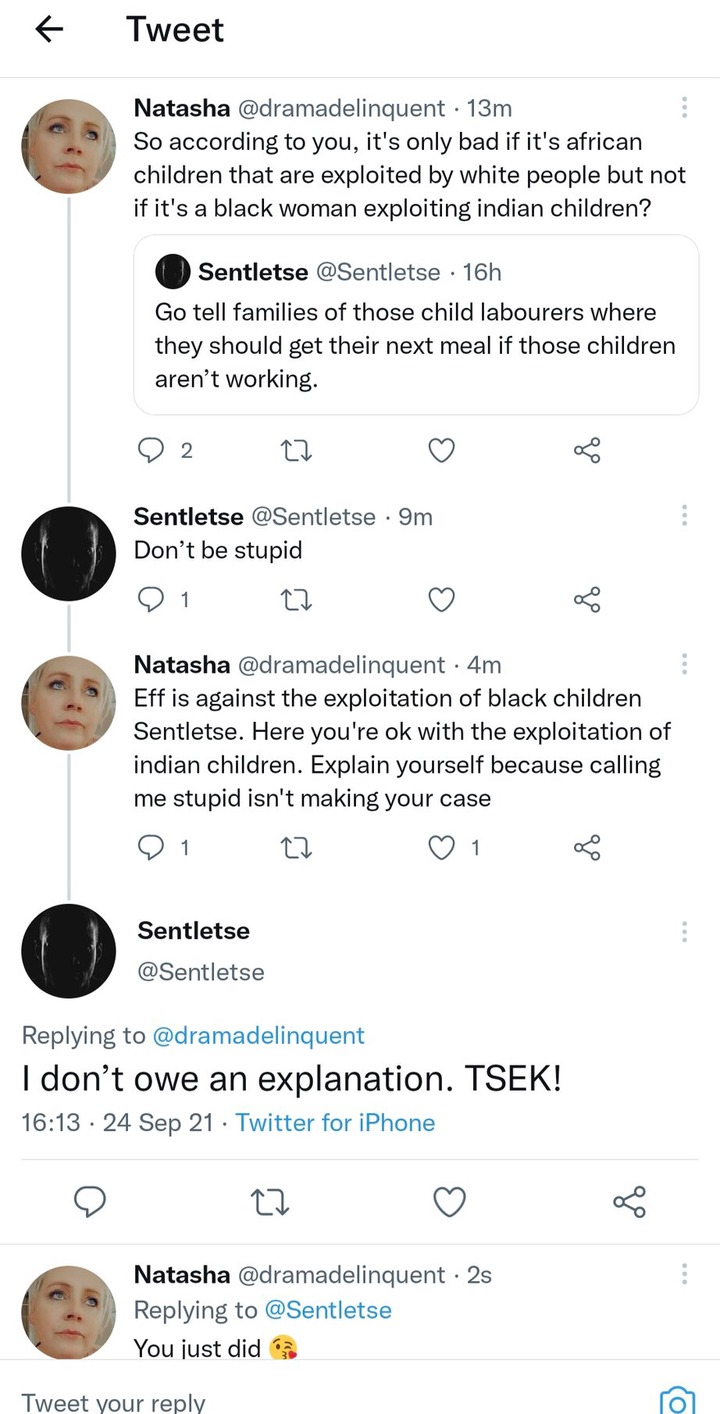 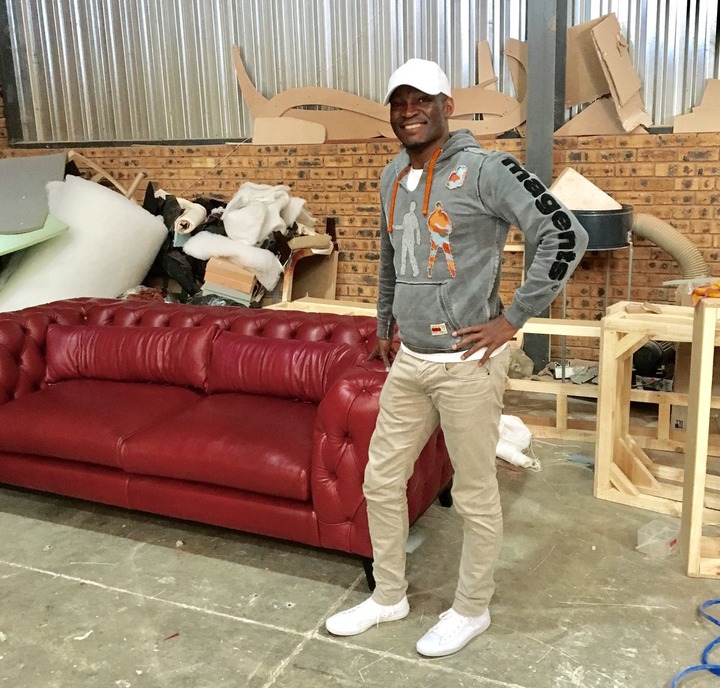 Moreso the outrage this has caused has made many say they won't vote for EFF anymore, whilst others chose to drag and destroy Sentletse's business.

Yes he's known to have a big furniture, Sofa and mattress company that produces and sells to the big and wealthy and even the ordinary man. 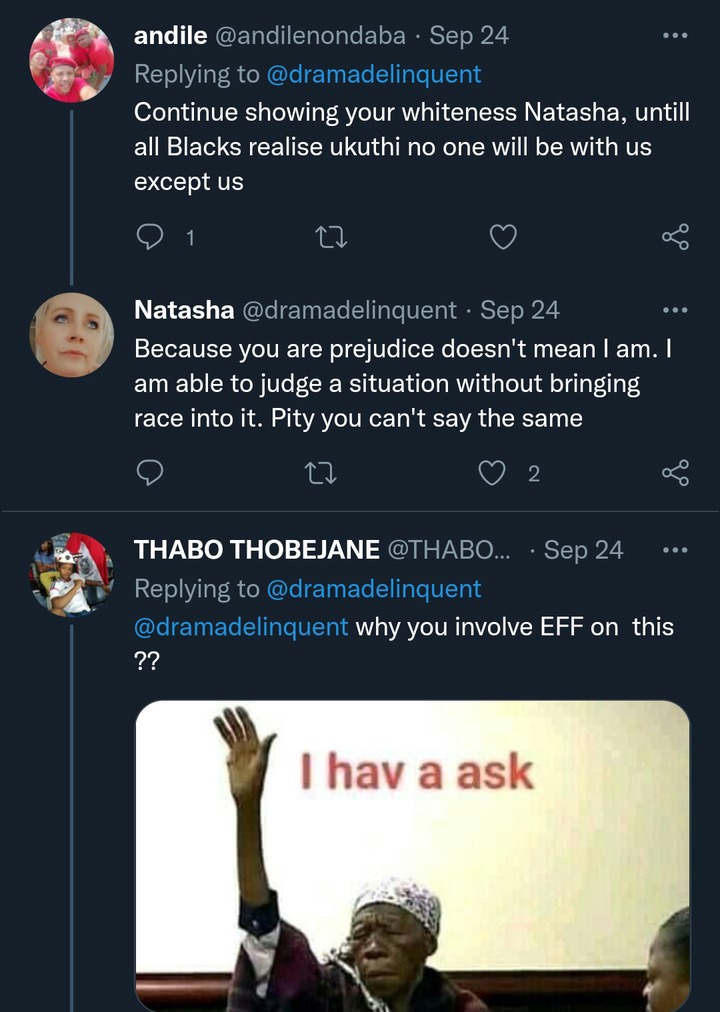 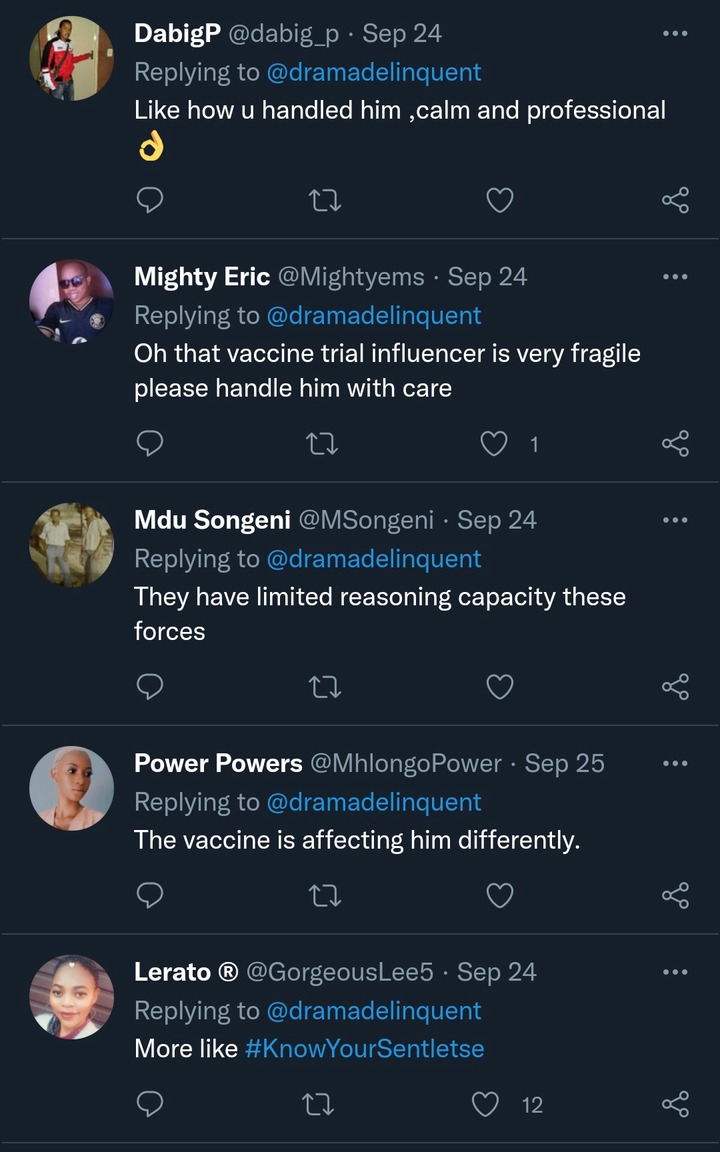 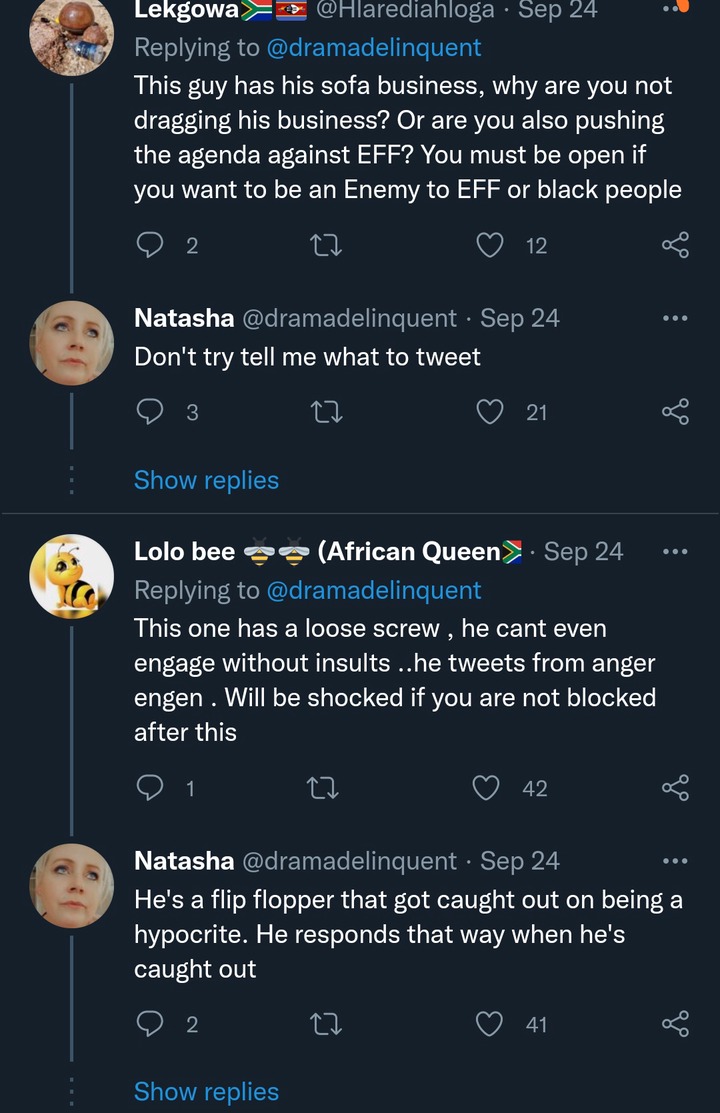