An EFF lady and a well known female activist on Twitter has said that it now an opportunity for the EFF to disband Orania, which is their long-term goal. The lady who is also a Twitter influencer wrote, “We must now disband Orania! Ankere we are in charge?”. The EFF and its leadership have always been at loggerheads with the people of Orania, accusing them of dividing the country and also carrying out segregation. Julius Malema, the president and founder of the Economic Freedom Fighters political party, once said that once the EFF becomes the ruling party, he will make sure that black people are allowed to live in Sandton and Orania. He even boasted that he will build RDP's in Sandton for black people. This is why people were afraid when an EFF Mayor clinched the position of mayor of the white dominated municipality. However, it is unclear if the EFF will carry out Julius Malema's plot. 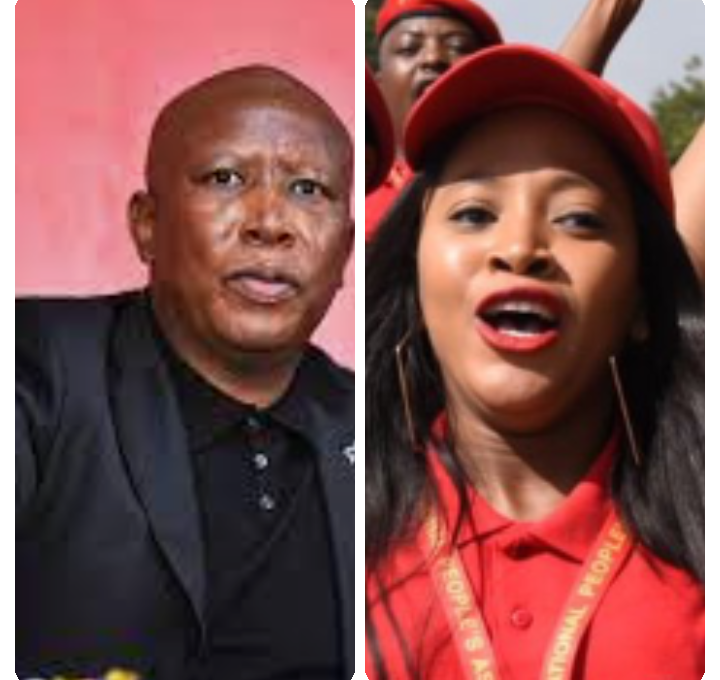 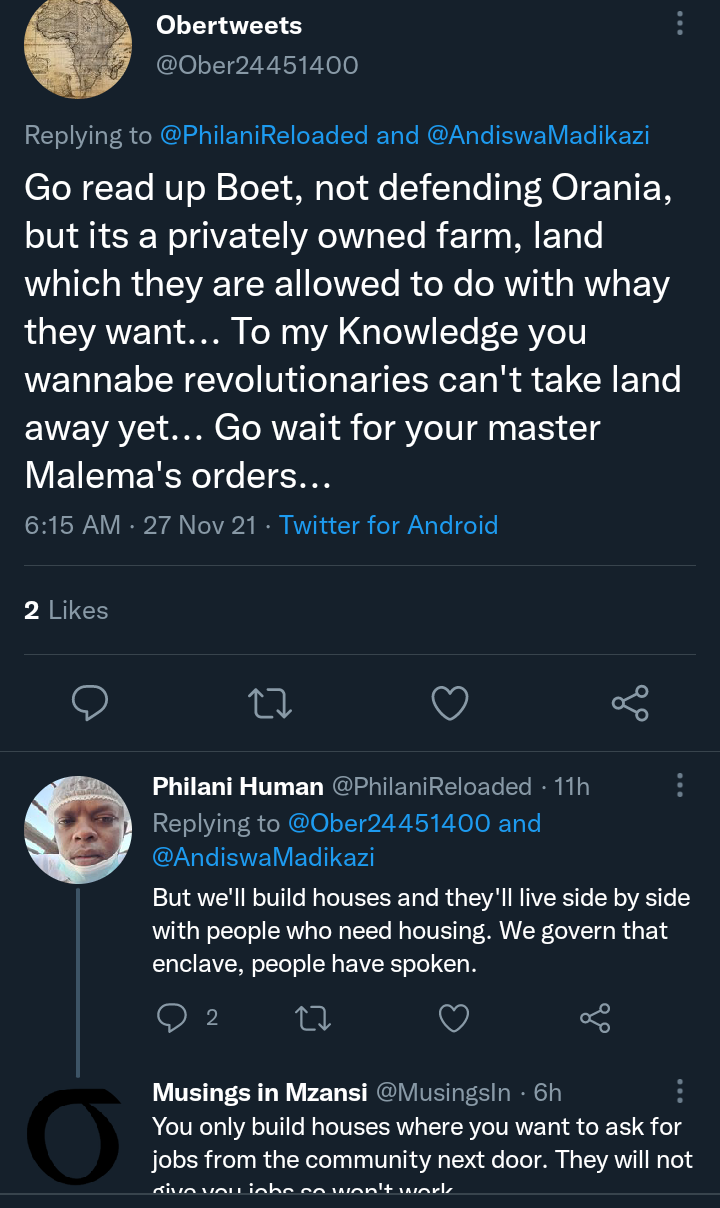 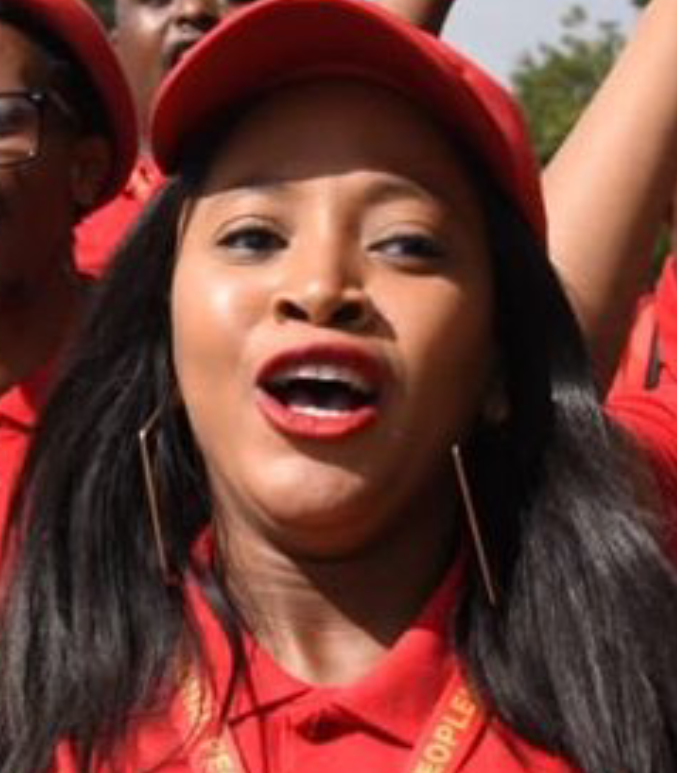 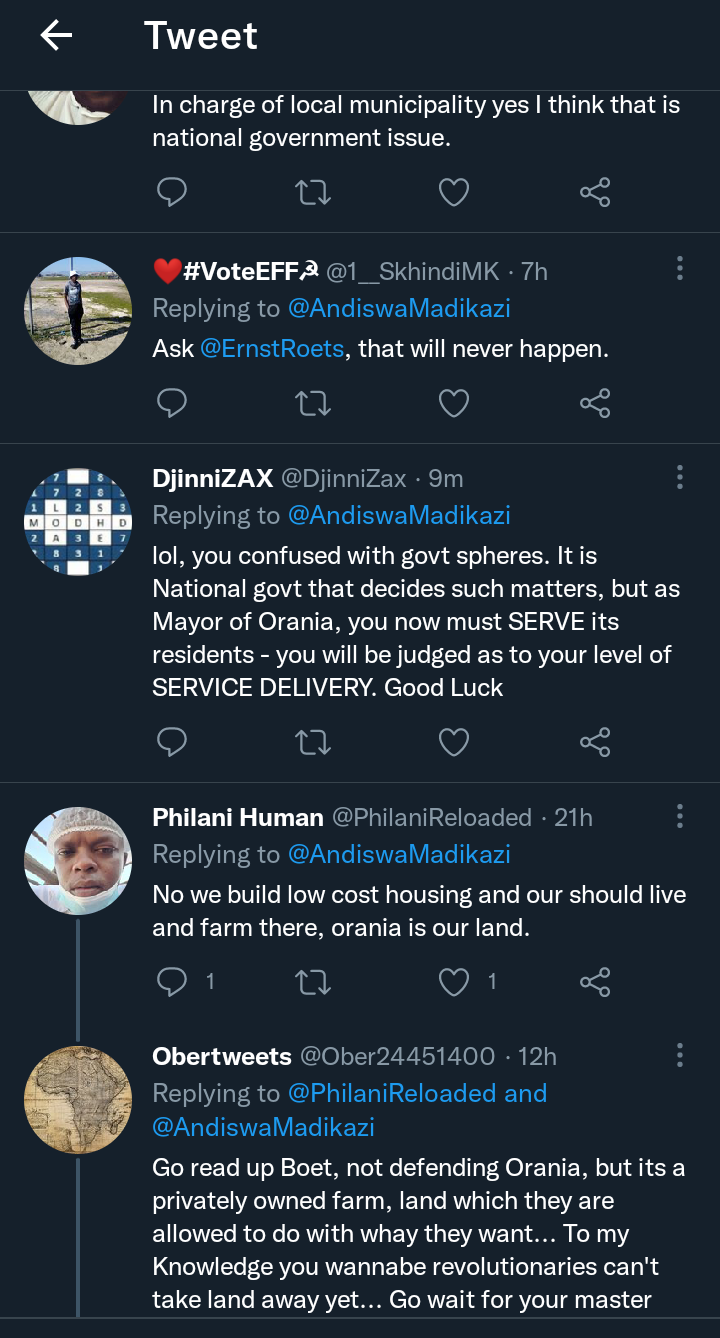 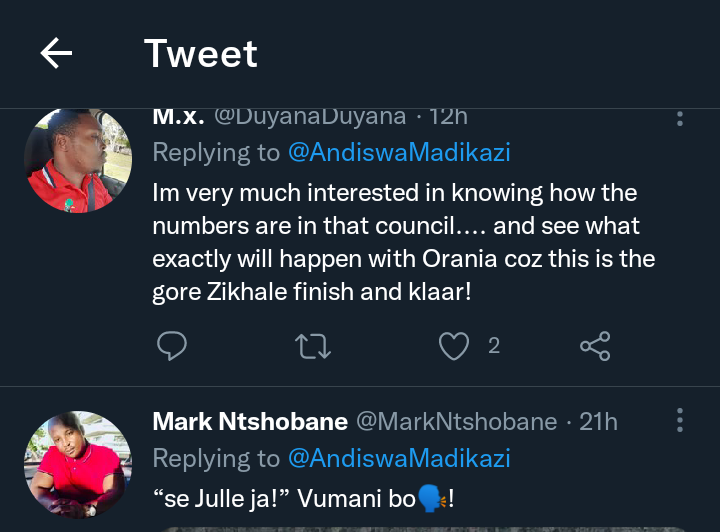 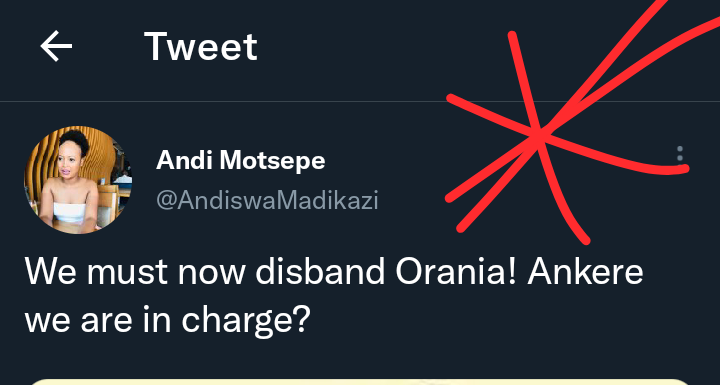 Some people said that they do not believe that Julius Malema is going to carry out his threats, saying that he is just a man of words and no action. A Twitter user said that Mr Julius Malema is excellent at taking this is why he alone speaks for hours at EFF Presser. He added that all Julius Malema usually say are words that cannot be actualized. The man added, “Go read up Boet, not defending Orania, but it's a privately owned farm, land which they are allowed to do with what they want… To my Knowledge, you wannabe revolutionaries can't take land away yet… Go wait for your master Malema's orders…”

Since the EFF mayor clinched the mayor position, people have been talking on Twitter, and they are also tagging Julius Malema so that they can speak. But trust that smart and vibrant lawmaker, he kept mute all these while. Will Julius Malema and the EFF actually closed down or disband Orania, the white dominated area that is now under the leadership of an EFF Mayor? Well, time should. 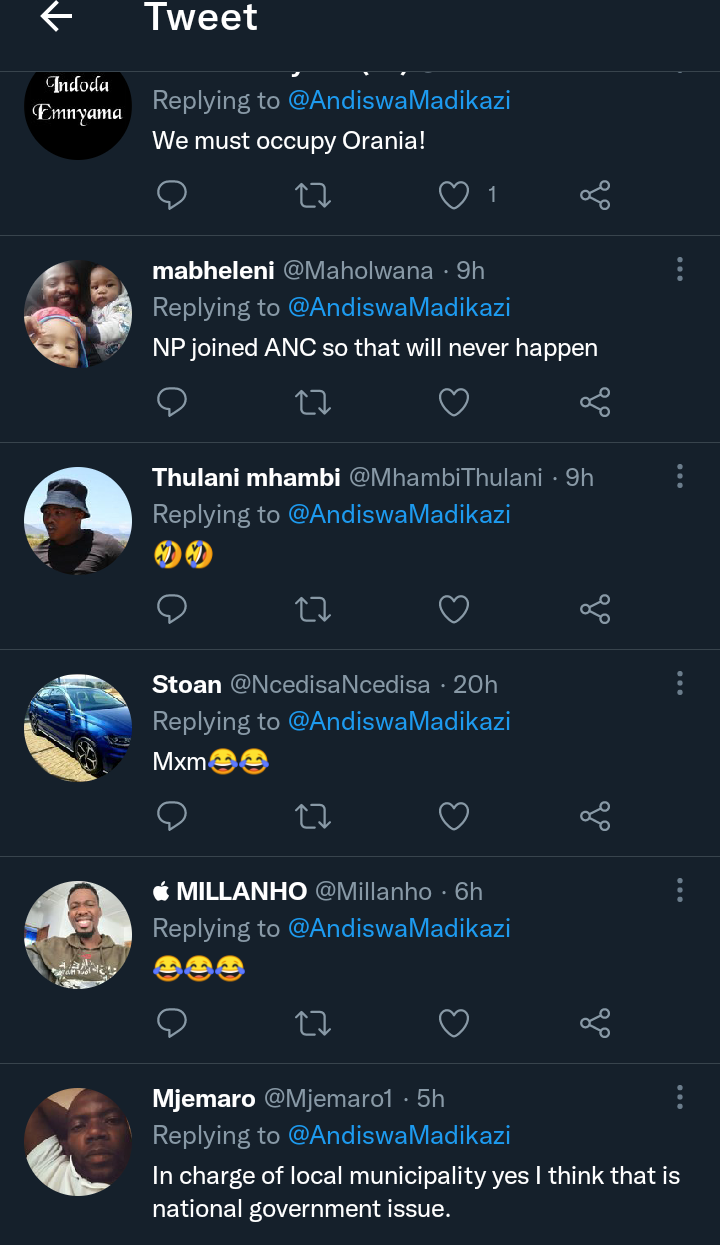 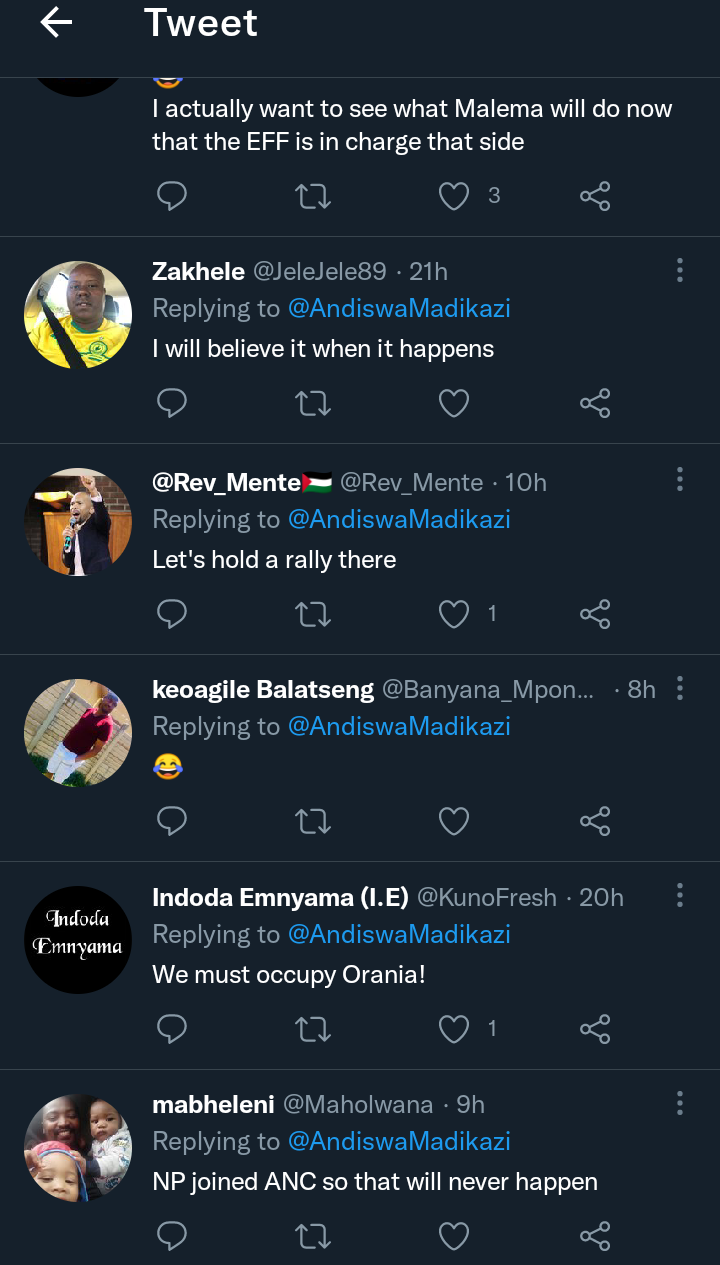 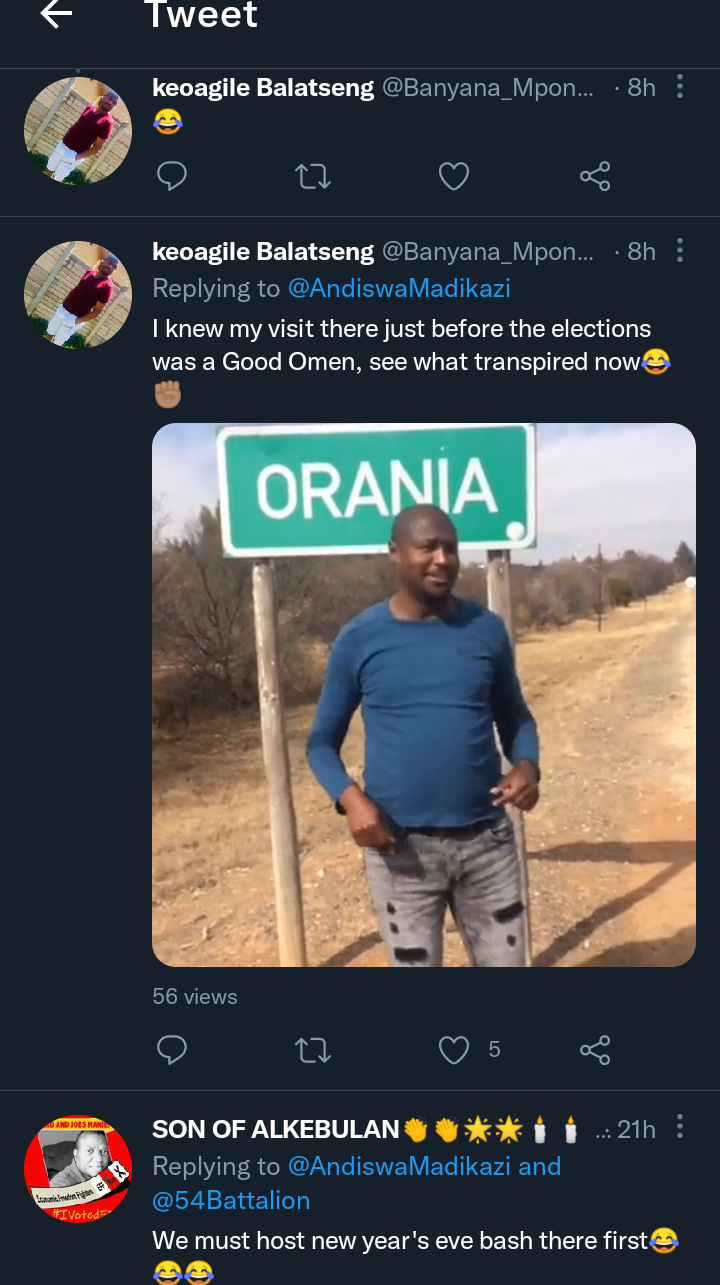 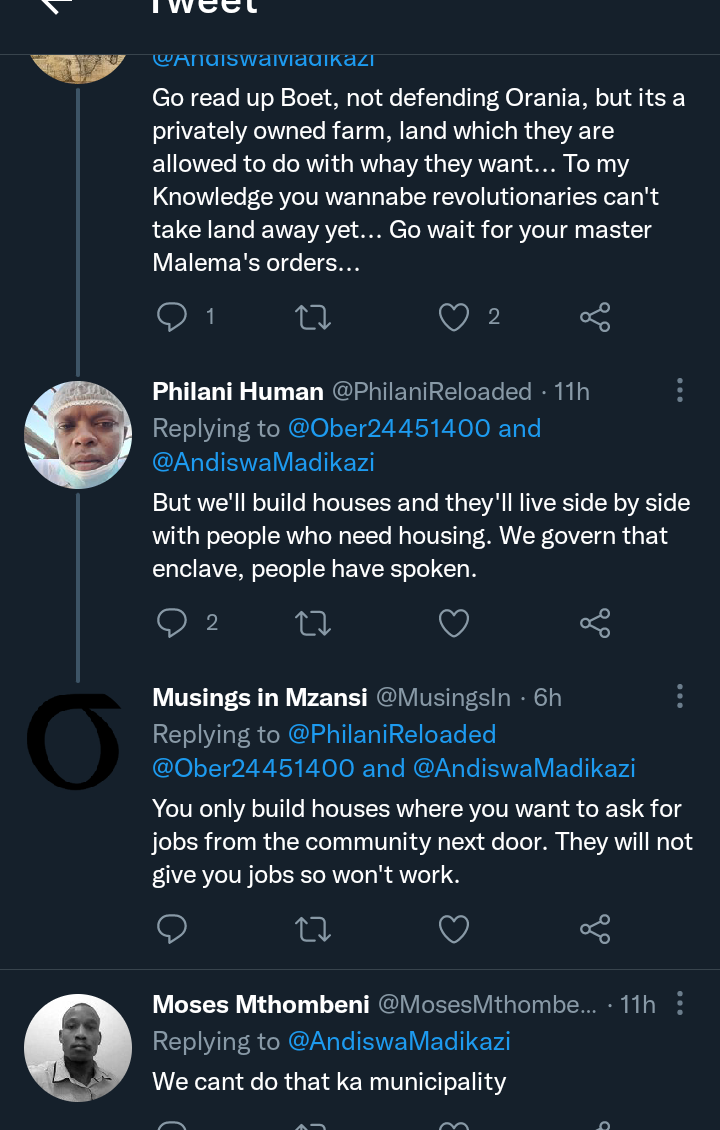 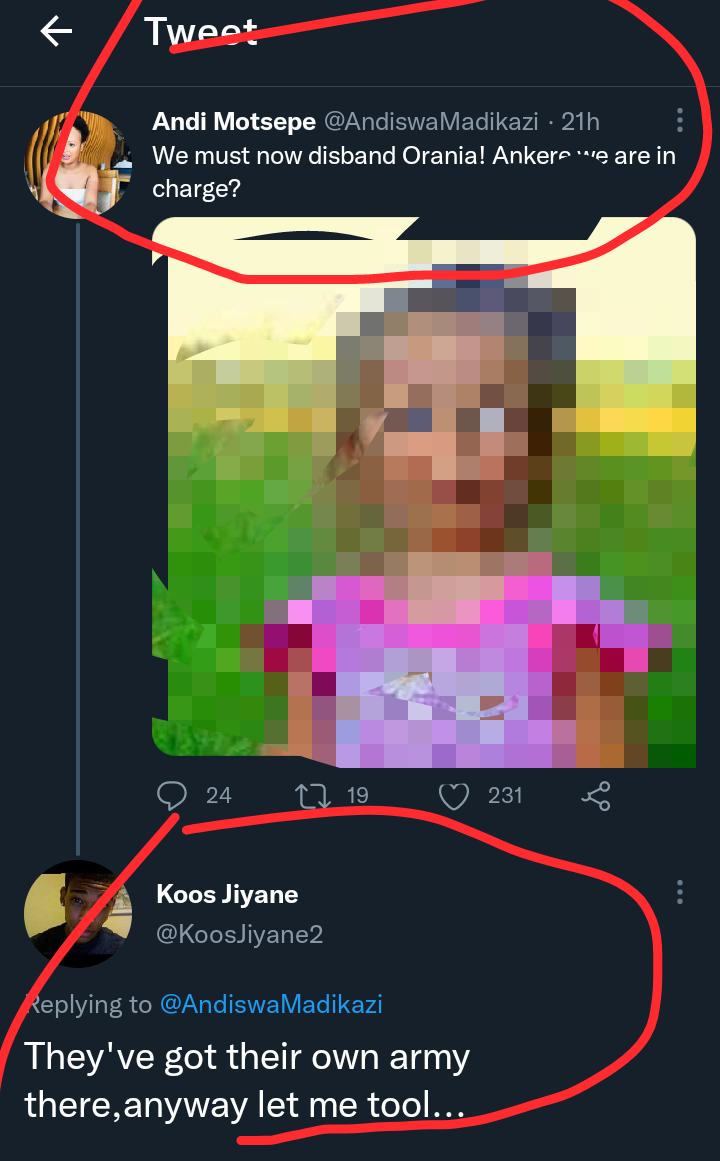 Another EFF Member said that blacks and whites must live together in Orania and side by side too. He said this segregation will not work again, "But we'll build houses and they'll live side by side with people who need housing. We govern that enclave, people have spoken". The EFF member states.

Trying to quit smoking ? This Herb Instantly Destroys Your Desire For Nicotine

Prayer: Father, Please Help Me To Bridle My Mouth