By Moeletsi (self meida writer) | 12 days 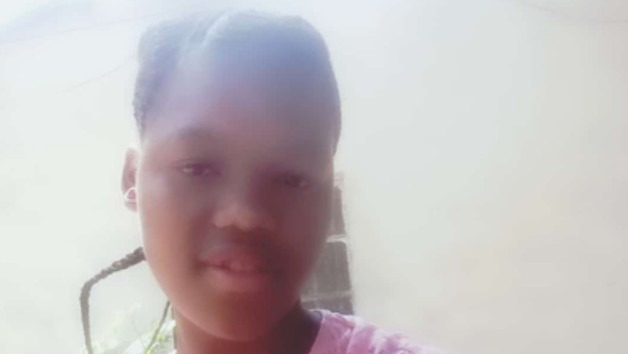 THE family of a 14-year-old girl from Msilili, KwaSwayimane, who was found hanging from a rope in the house after she was called home in the middle of the night, were shocked.

Nolwazi Mkhize (14), was found by her Grade R young sister, hanging herself.

The deceased was studying Grade 9 at KwaSwayimane High. According to the source, the girl left her home and allegedly went to another boy's house and returned at midnight.

On Sunday, she was beaten by her aunt. That Sunday afternoon she said she feared her father would not forgive her for her sins.

Yesterday, the source contacted the girl's aunt, Ntokozo Goqo, who said they were shocked by what had happened.

“I'm talking to you, my stomach is full of water. I was shocked, when I saw her picture it was as if I was going to see her again. We are shocked that such a young child could do such a thing.

She is said to have written the letter, saying that, she had done so much evil to her father. She fears that her father will never forgive her.

The letter was confiscated by the police, ”said Goqo.

She told the source: "I was not present when the incident took place, as we are now at home. She hanged herself in the house. She used a rope.

When they explained, they said she had disappeared overnight and suspected she had gone to the boy.

Granny refused to let her in when she returned.

In the morning she went to call her aunts. When she returned, the grandmother asked her where she had been, since she had returned in the middle of the night.

“The explanation did not come from where she was, she was beaten by her aunt (his father's sister). She reportedly did not show any signs of being upset, as she had washed and changed. She was found by a young Grade R pupil in an unoccupied house.

“She used to be beaten and scolded. This is what scares us that she may not make this decision. Her mother was just beating her and scolding her, we don't know what happened. We are very confused, ”said Goqo.

"Police in Wartburg have opened a case of manslaughter. According to evidence gathered, a 14-year-old girl was found hanged in Msilili, KwaSwayimane, ”said Col Mbele.

Just because Malema changed his mind, all EFF members must changed theirs too.

Covid-19| Yesterday's Statistics Bring Joy To South Africans, The Worst Is Almost Over

IN SHOCK: Ramaphosa CRITICIZED For Not Going Hard On Zweli Mkhize DESPITE New SIU EVIDENCE.

Itumeleng Khune: Why he was re-signed, says Stuart Baxter