One of the suspects who managed to escape from the police; during the shootout between cops and robbers; in Rosettenville; south of Johannesburg; in Gauteng; on Monday; has been caught. 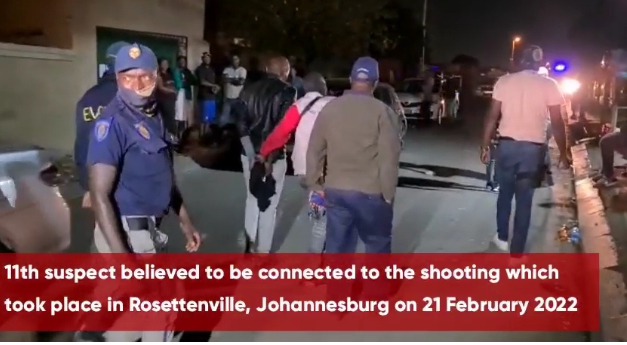 The assailant; who was one of the seven who managed to evade the cops during the incident; which has been described as a "war zone;" was traced to an address the at Phomolong section; in Tembisa where the police arrested him; on Wednesday evening.

The incident became a spectacle; when neighbours gathered around the house; where he was caught to watch.

They were still milling around until late into the night; long after the police had hauled him out of his room. 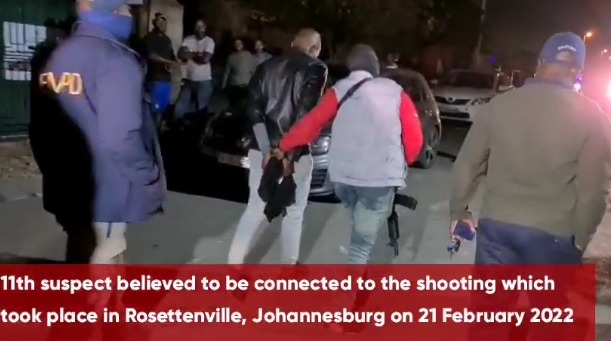 Gauteng Police Commissioner; Lieutenant-General Elias Mawela; told a local newspaper that; the net is closing on criminals; and regularly so.

Mawela continued to say; Gauteng criminals must make a decision to stop doing crime; or expect to be stopped by the police. He asked the criminals who have already committed a similar crime; to hand themselves over to the police; otherwise the cops will come and fetch them.

Mawela confirmed that the suspect was among the 25 member; heavily armed gang; that was involved in a gun battle with police in Rosettenville on Monday.

Mawela expressed his concern about the police uniform; seized from the suspect's room; because it points to dirty cops within the SAPS; who hand police equipment to criminals.

The local newspaper learned from one of the neighbours; that the suspect kept to himself; and never communicated with anyone.

There are still six more assailants at large. It is worrying that; he still had heavy artillery with him; when he was arrested. It gives an impression of people; who do not intend to stop this crime of CIT heists.