Family woken by car crashing into their bedroom 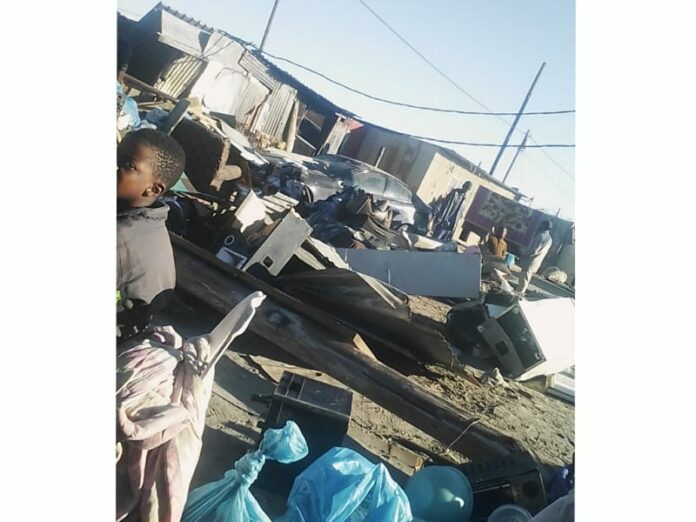 An alleged drunk driver drove straight into a shack in Khayelitsha on Friday night, destroying the structure and leaving a 13-year-old girl with a broken leg.

The family was fast asleep on Friday just before midnight when the four Tolbadi children were woken by a loud bang as the car drove into their shack. They were forced to crawl out of the damaged shack.

The Tolbadi family is grateful to be alive even though the incident left them homeless. Nonceba Tolbadi, 48, said she only woke when she heard her children screaming that they were dying.

“I had never slept like that before, to the point that I didn’t even hear the car drive into my shack,” she said.

When she opened her eyes, she saw a car inside her two-roomed shack. She told Scrolla.Africa that she was stuck in her bed and couldn’t move until the car had been moved out.

“If the car had caught fire, I could’ve died inside the shack,” she added.

She said that she noticed that the driver, who she said was with his girlfriend, was drunk.

The incident didn’t only leave the family homeless, but it also killed their business.

“I was selling meat, but I cannot do that anymore because the two fridges I used to store the meat in were completely destroyed with all the stock inside and I cannot afford new ones,” she said.

Her family depended on the money that she was making from the business as she is unemployed.

“The incident happened Friday night, but I am already suffering. I am stressed because I cannot go out and ask for handouts; everyone is struggling,” she said.

Tolbadi didn’t open a criminal case against the driver. However, she hopes the driver will have a heart and fix their shack. “I want him to rebuild my shack and replace all he destroyed,” she said.

A resident told Scrolla.Africa that it is not the first time that a driver has destroyed a shack. “This happens all the time, and the sad part is that the drivers always give residents problems when it is time for them to fix their mess.”