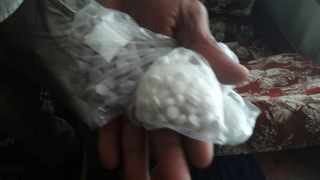 Drugs with assessed road worth of R50 000 were seized and a 26-year-elderly person associated with managing in drugs was captured in Galeshewe close to Kimberley, Northern Cape police said.

Representative Captain Sergio Kock said the police struck the place of a presumed street pharmacist and seized drugs worth with regards to R50 000.

"On Tuesday, 7 December 2021 at around 20:00, police circled back to data, looked through the premises of the suspect in Galeshewe and found tik.

The 26-year-old male will show up in the Galeshewe Magistrates' Court soon on charges of managing in drugs," he said.

In KwaZulu-Natal, police said drugs with assessed road worth of R131 000 were seized in Durban and two men captured for ownership and managing in drugs.

Man captured for R4.1 million worth of medications in Durbanville storage spaces in court

"On 7 December 2021, at 19:30, police led a sting activity in the Durban Central region when they got data about drugs that were being shipped. While in Gresham place in the North Beach region, an e-hailing vehicle with two tenants was caught and looked, bringing about the recuperation of 4 300 cases containing heroin, 4 000 void cases, seven huge plastic bundles of unadulterated heroin weighing 100gr each, and 20 'supervisor' mandrax tablets."

Colonel Mbele said two would likewise be profiled to set up assuming they were connected to different cases detailed in the eThekwini District.