Yusuf Abramjee reported about the Taxi boss that was shot and wounded in Green Street, Brent Hurst Brakpan.

The victim was left wounded after a group of armed suspects came off a red Polo and open fire to the victim not far from his house, it was given that the victim was off to his office today morning when the incident took place just outside his house. 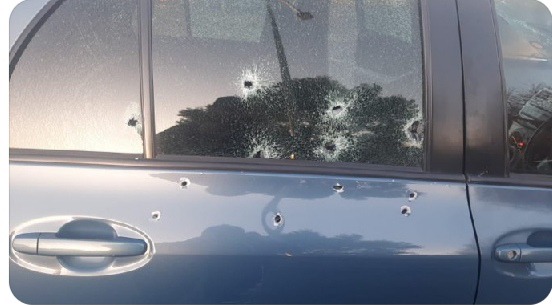 Neighbors heard multiple gunshots and when the rush out they saw several armed man fleeing of the scene with the red Polo, one of the witnesses was about to pict the number plate of the suspects car and he informed the media that he had given the number to the police and those that are responsible for the case.

The victim was shot several as bullet holes where found on his vehicle was the same on his body when the paramedics had given the word that he will survive since the bullets had missed the vital organs on his body, the family had been left in shock after the shoot out.