Cape Town: Police in Mpumalanga have arrested two people suspected of killing a local councillor and two other people.

In a statement released on Tuesday, provincial police said that the two people, who are 43 and 52 years old, had been arrested on Monday.

On Friday, January 13, around 8 p.m., ANC councillors Sbonelo Mthembu, who was 36; Sandile Khumalo, who was 51; and Sizwe Mbingo, who was 40, were all shot and killed in the Longhomes Township in Piet Retief.

Police said that a friend in a bakkie had just dropped off the councilman and his mechanic when three armed men suddenly appeared in the yard and started shooting.

Brigadier Selvy Mohlala, a spokesman for the provincial police, said that the suspects shot Mthembu and Khumalo multiple times while they were in the yard. They also shot Mbingo while he was in the bakkie. He died right where he was.

Mohlala said, "The Piet Retief police and paramedics were told about the accident, and Mr. Mthembu and Mr. Khumalo went to a nearby hospital on their own."

"Unfortunately, Mr. Khumalo was dead when he got to the hospital, and Mr. Mthembu died soon after from his injuries.

"A case with three counts of murder was opened, and a dedicated team of experts in the field of investigation was put together right away, led by Lieutenant General Semakaleng Daphney Manmela, Provincial Commissioner of the SAPS in Mpumalanga, to look into this sad event."

The police team worked all day and night until they found something.

The officers got information about where the two suspects were.

"During the arrest, a fully loaded automatic rifle was taken away. "Both of them are charged with having a gun and bullets without a license," Mohlala said.

"Police also took away other guns and ammunition that were thought to belong to a certain security company." However, the case is still being looked into to find out who the legal owners are. 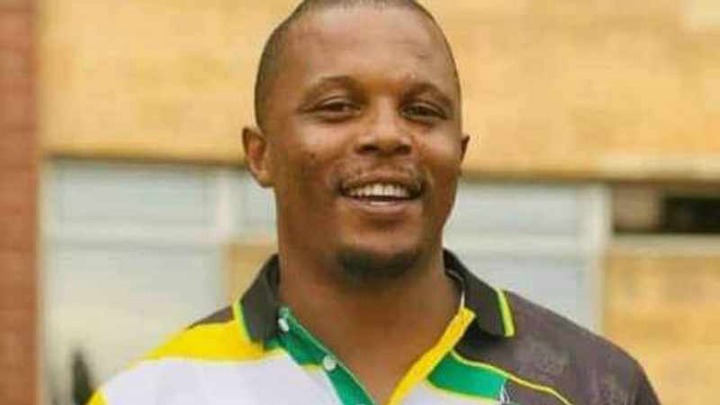 "The police will go as far as testing all guns they find to make sure they haven't been used in a crime before."