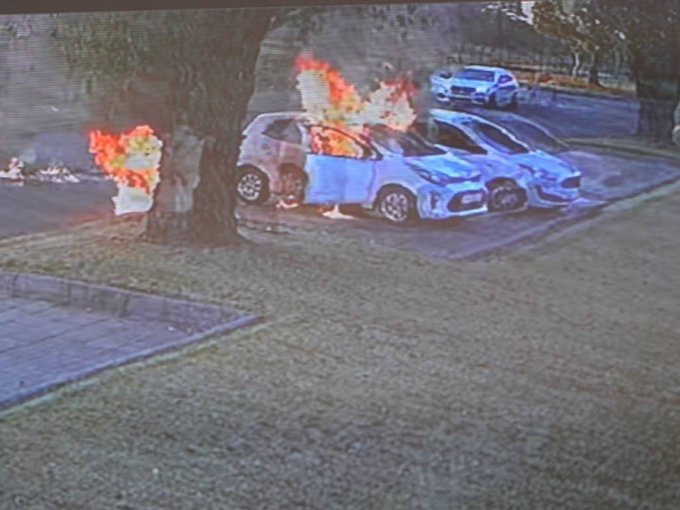 Photo: Screenshot from the video

The man that allegedly set fire to kill a mother outside a preschool in September has died.

On Tuesday, police spokesperson Lieutenant Colonel Mavela Masondo said that the suspect had died in hospital.

Following the incident, the 40-year-old spent about two months in the hospital.

The Gauteng mother was rushed to hospital after the suspect, believed to be her boyfriend, set fire to her car outside a Benoni preschool.

When the man approached her car and smashed the driver's window, the woman had just dropped off her four-year-old child at the time.

According to video obtained by News24, the man returned to his car, grabbed something from it, and then proceeded to the victim's vehicle.

With the item in his hand, he then motions towards the vehicle.

The woman returns to her room in an apparent attempt to stop the man.

The car bursts into flames a few moments later, and the woman, who was standing near her vehicle at the time, catches fire.

The 27-year-old woman died in hospital from her injuries.

During the incident, the suspect was also injured, and he was taken to the hospital in a serious condition while under police guard.

The suspect, whose identity has not been revealed, was charged with murder and malicious property damage.