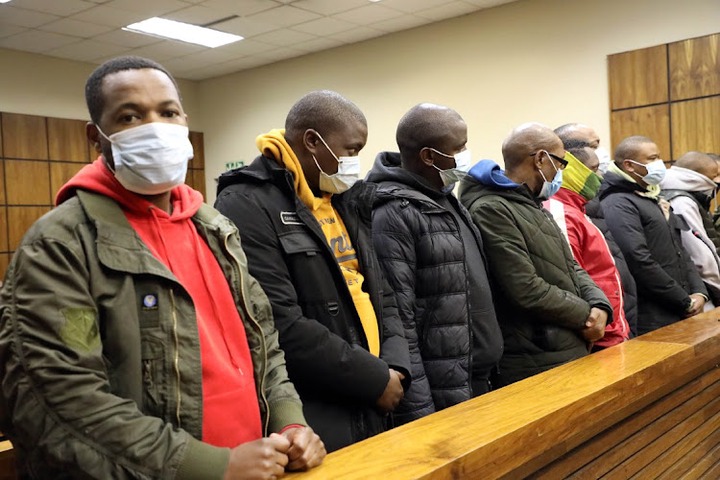 Johannesburg finance manager Sipho Phangwa, who submitted a question of blackmail, burglary, hijacking and attack against 10 police officers who followed him home in what is accepted to be a blue-light wrongdoing, cases to have gotten passing dangers.

The dangers guarantee was disclosed on Monday as the charged showed up at the Randburg justice's court for a proper bail application.

The court couldn't continue with the bail application as investigator Sibongile Mncengani let the court know that Phangwa had gotten dangers. The investigator said the examining official was occupied with following the cellphone number from which calls were made.

The 39-year-old says he has detected a few dubious vehicles driving by his Bryanston house since he submitted the crook question against the police officers.

"I have gotten a few WhatsApp calls advising me to drop the body of evidence I have opened against the police officers. My home's electrified barrier was altered last week, and I have seen a few dubious vehicles dialing back by my home. I have given their number plates to the examining official and this matter is being explored," said Phangwa.

Phangwa possesses an alcohol store, a keep studio and understudy condos in pieces of Auckland Park and Sophiatown.

The gathering, which incorporates metro cops, wrongdoing knowledge officials and Gauteng Traffic Police (GTP) officials, were captured recently after they supposedly followed Phangwa to his home while driving stamped official vehicles, which have since been affirmed to have a place with the state. When at his home, the police supposedly requested R300,000 from Phangwa to put forth a criminal defense against him disappear.

They then, at that point, supposedly attacked him, abducted him and constrained him to pull out R15,000 from an ATM in the Joburg CBD.

Four of the charged were captured last week and six others gave themselves over to the police after they were educated that police had opened a body of evidence against them.

On Monday, the denounced gave their all to conceal their personality in court. The men wore facial coverings as they strolled into court and they kept their eyes fixed to the ground during procedures.

It was just when they were guided back to the holding cells that a portion of the denounced waved to their relatives and partners situated in the pressed court display.

The denounced will return at a similar court on Tuesday for a conventional bail application.

The National Prosecuting Authority plans to go against bail.

In the mean time, the Johannesburg Metro Police Department (JMPD) and GTP are leading inner examinations against their individuals embroiled in the Phangw