This was sourced from: https://www.facebook.com/160836574053016/posts/pfbid02jEzNu4qrVFUR54dnEQX67QyDJmFscVqiJ7YJGq1Ws4UkpDeSCWgfZE8eJCam6WPul/.

Teenagers allegedly perished after being sprayed with a deadly chemical while dancing and drinking at Nyobeni Tavern. Reports claimed that the bar owner used tear gas or pepper spray to disperse the throng, but in an interview, he strongly refuted the assertions. 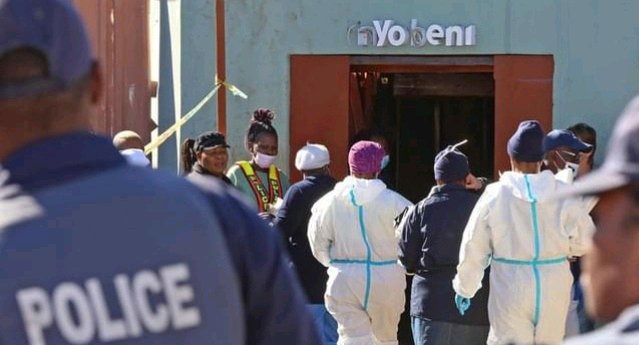 According to the proprietor, he was not at the tavern when the awful incident occurred, but said that someone else might have been behind the deed. The authorities eliminated a stampede as a possible cause of death because none of the victims displayed any indications of injury despite the big throng present in the venue. 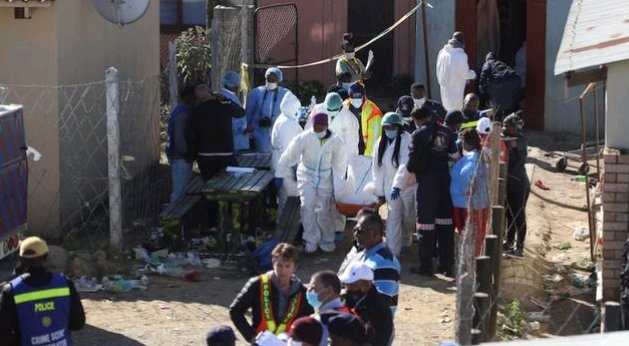 Three of the survivors alleged that they saw a woman spray something straight at the crowd, suspecting that the crime was a well-planned murder because after the crowd inhaled a substance, they started coughing and struggled to breathe, but instead of being taken outside to breathe, the bouncer locked the door. They jumped from the balcony to their deaths. 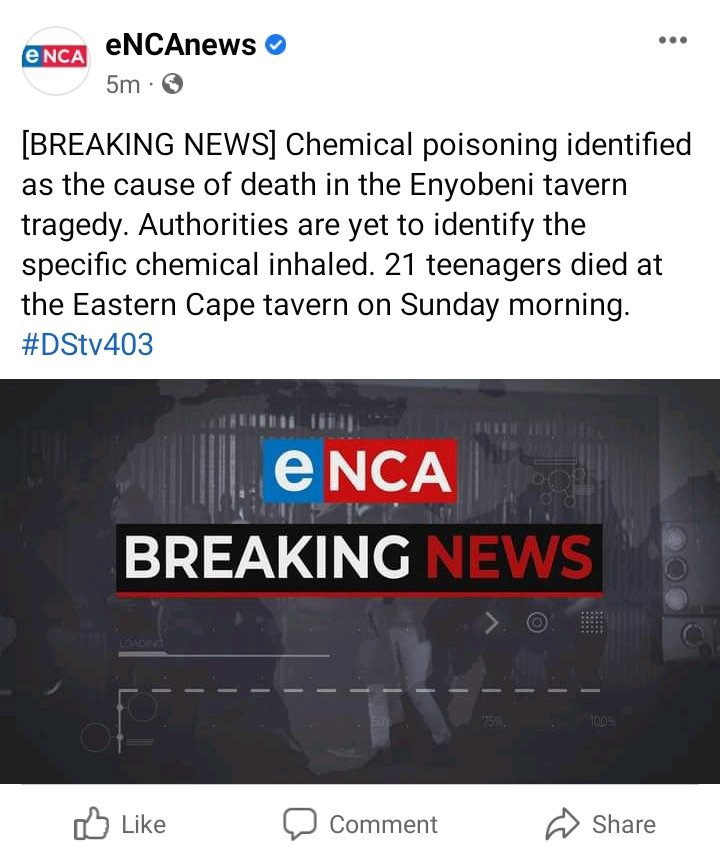 They further said that one of the bouncers removed the dead bodies from the building and deposited them outside. Multiple sources indicate that authorities have identified the cause of death following extensive investigations into the incident at the site.

eNCA reports that the youngsters died from chemical poisoning; however, authorities have not yet determined what chemical was responsible for the deaths. It has been alleged that the deadly substance that killed them was inhaled.

This has not only angered the public who are demanding to know why a chemical was used to control the throng, especially underaged youngsters whose lungs are still maturing.

Still others have questioned whether or not the toxic chemical was inhaled through hubbly bubbly, given that the group in question was heavily involved in both alcohol consumption and hubbly bubbly smoking.

Nothing of the sort can or should ever happen again, not just in South Africa but anywhere. Governments must establish stringent rules to prevent underage youngsters to go out partying, or drinking.