See what they did to a motorist in Gauteng

On the 25th of September 2021, the nation was left frightened after yet another undesirable incident occurred which has the potential of leaving a permanent scar on the lives of some. This is after a terrorist like group which is operating in Johannesburg descended on yet another motorist.

It now seems like any vehicle model can be hijacked. In this incident, the victim got kidnapped after armed descended on him while they were in a Daewoo Lanos vehicle.

Back in the day, criminals would target high-end vehicle models and those vehicles which are on demand. However with the incident that happen today, it just showed that these criminals can take any vehicle model. What has left the nation in shock is the fact that the victim was not in a fancy vehicle. Others were left with a conclusion that these things are now stealing anything that moves on four wheels for fun.

The driver was forced off the steering wheel by the robbers and they kidnapped him as they hijacked the vehicle.

A message was shared by Crime Air Network through their official Twitter account which read, "Hijack and Hostage in Soweto, City of Johannesburg, Gauteng Province. White Daewoo Lanos, with registration number HFW855GP." 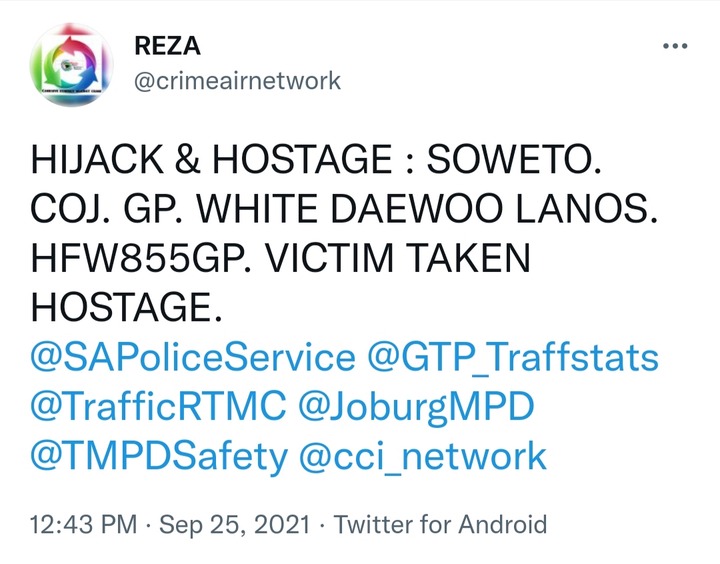 Users on Twitter were just hopeful that the victim who got kidnapped will be found safe and alive. In times like these when a motorist is kidnapped, there is fear that they get back to their families as a corpse.

What is more terrifying is the fact that this is not the only incident of this nature that has taken place in the Province. There is general fear that the Boko Haram might be having terrorists in the Province who are inspired by them and they might be behind these attacks.

The police are in search of the suspects and further details regarding the incident have not yet been made known to the media yet. The Gauteng Province is one of the areas where there is a high number of reports of kidnappings especially business people. 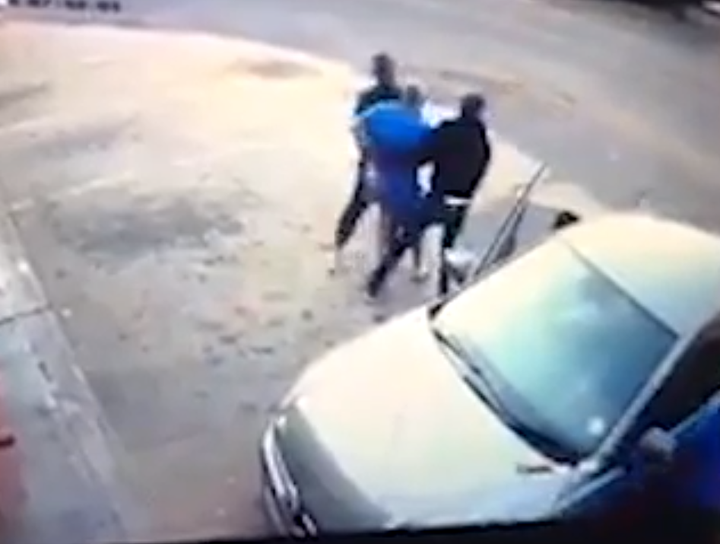 In today's incident, it can not yet be classified as a kidnapping of a business person but a police spokesperson stated that it might be just a mere hijack and kidnap incident.