Last week Alexandra police started on a bad footing when they told a couple to sit down and discuss their problems. This after the victim came to the police station to lay a charge of assault. 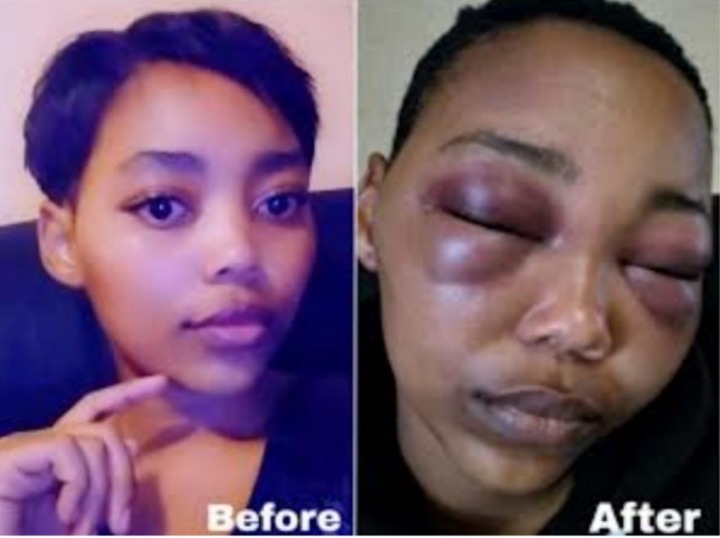 21 year-old mother of two; from Alexandra township; Ntokozo Mbatha; was unimpressed with the Alexandra police station officers; when she was left in a room with her dangerous abuser and told to iron out their diffrences. She immediately left the room and went to the clinic to get a J88 form; detailing her injuries. 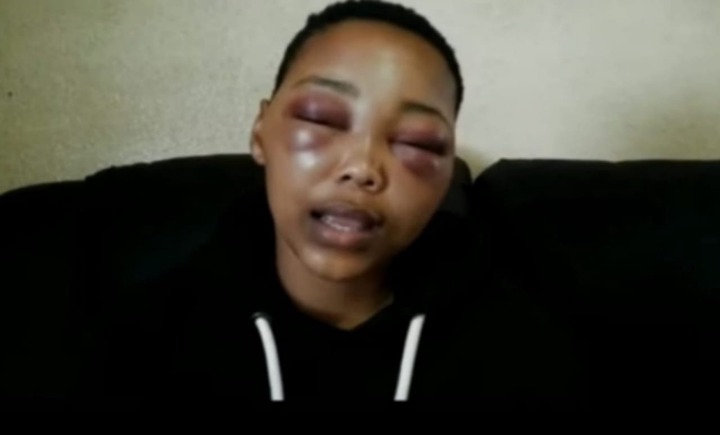 She could not believe her ears; when her cousin called and told her that the suspect had been released; this happened while she was at the clinic. How could the police release the thug that had left her unrecognizable?

Mbatha's sister took to Facebook and posted the pictures of her injured sister's face; which was swollen with both eyes fully shut and how the abuser was released by the police on the same day the charge of assault was laid against him.

Mbatha herself did not give up; she went back to the police station two days later; armed with more evidence; of how the suspect had shot at her friends three months before and missed; how he had been continuously assaulted her.

Thanks to her sister's fighting spirit; the suspect has now been remanded in custody and refused bail. Mpumi; who is Mbatha's sister; and has been fighting to get justice for her sibling; thanked; Facebook users; the station commander of 15th Alexandra Police Station; ANC Women’s League; Green Door; Alex FM; Alex Reporter; and Scrolla.Africa newspaper.

Some of these; are lobbyists; who made sure that Mbatha receives justice. Mpumi invited the community to support them on Thursday; 21 October; when the suspect appears in court for his hearing.

When Mbatha's traumatic experience first came to light; it was detailed in this article: