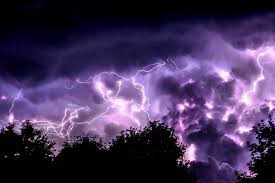 It ended in death for two soccer players who were reportedly coming from training . This was after it emerged that they got fatally struck by lightning on Monday around 6 pm when they were on their way home .

The men who are believed to have been between the mid and late twenties were alleged to be the breadwinners of their families .The unfortunate incidence took place in Mtubatuba , located on the North Coast of Kwa-Zulu Natal .

An appeal was made for the members of the public to assist the families with burial expenses . As the two players are alleged to have been the breadwinners, it is going to be a challenge for the family to afford funeral costs , hence the call for assistance by the Ward Councillor .

The names of the two players who died were not released . It was warned however that the residents were cautioned of the weather that would hit the province and some parts of South Africa .