Nazareth Church Evangelist died at side girlfriend's place; she refuses to handover body to his wife

An 82 year-old man died at his side girlfriend's place. The man was an Evangelist ministering 28 temples under the Shembe Nazareth church; EBuhleni; in Underberg Othandweni. 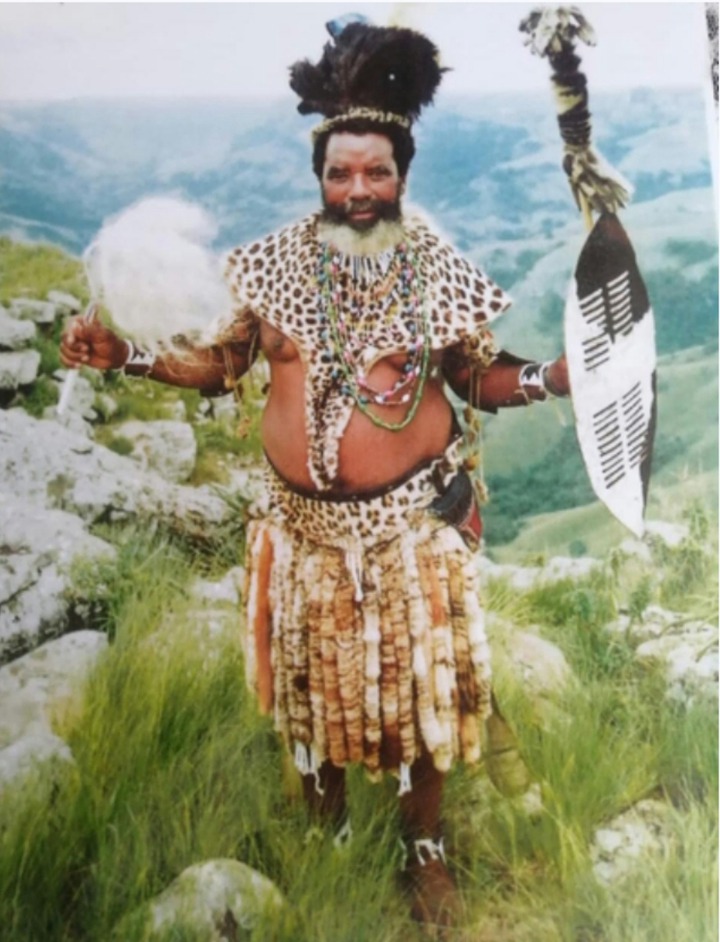 Evangelist Lazarus Gogo Nzuza; from Bulwer; succumbed to death while staying at girlfriend; 38 year-old; Lamlile Ndlovu's house. While Nzuza stayed and died there; he left his house and wife of 40 years; Thandekile Nzuza.

The local newspaper learned that Nzuza was sick for a few weeks; then died. Ndlovu did not inform his family that he had been sick then died. She woke up and took Nzuza's body to the morgue.

The local newspaper was told that Nzuza's family was informed by Ndlovu's neighbours that he had passed. Nzuza's family got angry and went to the girlfriend's place; only to find her sitting in mourning with candles lit.

"She stood up from the mourning seat and went beserk. She told them to leave because she will bury her lover; she does not need any help. She even boiled water and threatened to pour it on them." Said a source.

The Evangelist's oldest daughter; Gcinile Nzuza; was very worried about their situation. She revealed that the body is sitting at the morgue because of the conflict between the family and the girlfriend.

She described the girlfriend as very rude and a clown; who cares nothing about their feelings.

"I don't know what she wants because she had an affair with my father when he was alive. What is the meaning of her withholding his body?" Asked the daughter.

The daughter told the local newpaper that even though her father was old; he loved women. She said if she can make an estimation; he had close to 10 girlfriends.

She mentioned how much it worries her mother to see her husband's body being faught over. She said the girlfriend started a long time ago; to be a problem and Nzuza's wife cursed the relationship but the Evangelist continued.

The local newspaper learned that Nzuza's wife was stopped by her children from throwing herself in front of a car. The wife said; it was better to die than be provoked by the girlfriend. She was tired of it.

The way Nzuza was so crazy about this girlfriend; he even lied to his wife and said he had found a better place for his cows to graze. He then took 22 cows; 20 goats and 25 sheep and said he was taking the livestock to the "nice grazing place." They later found out that all these were taken to the girlfriend's house in Underberg.

"It's true; my father did take all the livestock to his girlfriend's house." Confirmed the daughter.

The matter has been taken court; it is not known who will win or lose. The girlfriend said the body of the Evangelist can rather rot in the mortuary and be full of maggots; than be buried by Nzuza's family members.

The local newspaper spoke to the girlfriend who seemed annoyed and angry. The girlfriend praised Nzuza and said he was old but he knew his business in bed.

"My man enjoyed being with me. He was good in bed. Ask the person who wants my man's body when last she slept with him." Said Ndlovu.

She continued to say; "I swear this body will rot in the morgue. I will not allow them to bury him. He loved me more than them. My man left her because I'm better than her in bed."

She concluded by saying; she holds a signed letter authorising her to bury the Evangelist. She refused to show the letter to the local newspaper saying it's confidential.

The spokesperson for Nazareths from EBuhleni; Thokozani Mncwabe said; the rule of the church does not allow the Evangelists to have extra-marital affairs.

It is proper for a man to get married. He said they will try and help the family from this difficult situation they are faced with.

He said he knew Evangelist Nzuza as a man who respected the rules and he was a respectable man; what is now happening now is disappointing.