Minister Nana Prempeh, who is 25 years old and who is also a gospel musician, shares his life tales and the difficulties he has faced as a result of his disability in this video. Mr. Prempeh's parents took him to Koforidua hospital in the Eastern area for treatment after discovering that he was born with this problem. His hands were too weak to select anything, so his parents brought him there.

His hands were surgically repaired by the physicians in order for them to grow stronger. After the operation, boils developed on the hands that had been operated on, and the flesh began to rot. Minister Prempeh was rushed back to the hospital, but unfortunately for them, the doctor who performed the surgery was not present; they were informed that he had departed for another destination.

In order to remove the bandages from his son's hands, his father used a saw knife to cut them off since there were so many people in the hospital that they couldn't get a doctor to see them. He contracted measles again again, causing great distress to his parents, who were forced to confine him to the house. Nana's hands were still weak, so he began attending school at the age of five. By the time he reached Senior High School, he had almost given up hope since the classmates always stare at him, making him feel horrible about his abilities. 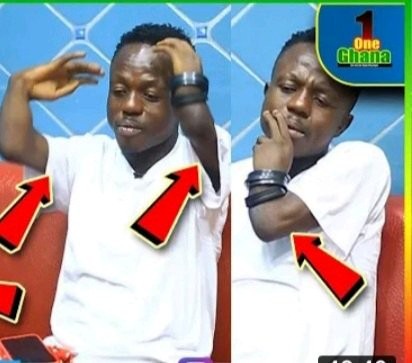 Later on, he came to the conclusion that he is a celebrity, which explains why the students have been staring at him. He had decent marks after graduating from high school, but he was unable to continue his study because of financial constraints. Nana was a talented player and goalie, which earned him a lot of respect at school. He was a member of a disability football organization, and they were going to travel abroad, but he didn't receive the funds he needed to complete his passport application, and all of his buddies left him behind.

Nana began performing gospel songs about a year ago, and he is currently putting the finishing touches on an album that will be released later this year. In his statement, Minister Prempeh stated that he handed her mother a present on Mother's Day, and the woman burst into tears, telling him that many had recommended her to throw him away when he was a youngster. People even informed them that Nana will become a burden to them if they don't take care of her. She didn't pay attention to what they were saying, but she hoped that his boy would grow up to be a wonderful person.

You may view the entire video by clicking on the following link: