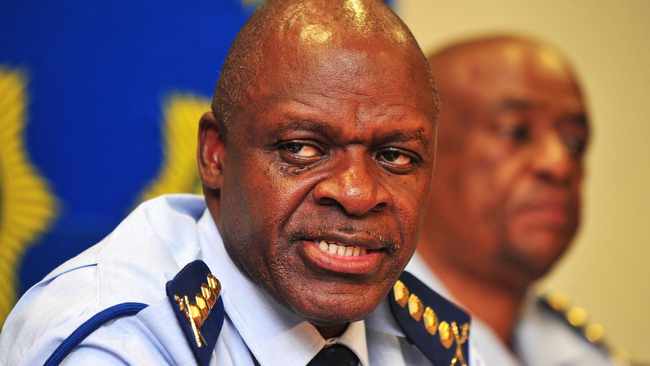 President Cyril Ramaphosa has initiated a leading group of investigation into the public police official's supposed unfortunate behavior and wellness to hold office, his office affirmed on Thursday.

Administration representative Tyrone Seale gave an assertion affirming that the president gave a notification of suspension to Khehla Sitole last month and that Sitole had effectively reacted to the notification.

Seale said the notification to suspend Sitole was actioned as far as Section 8(3) of the Police Act.

The assertion affirmed that Ramaphosa gave a notification of suspension to the public magistrate on September 20 regarding charges of Sitole's inability to help the Independent Police Investigative Directorate (Ipid) in a portion of its examinations.

These charges arose freely and turned into the subject of a finding by Judge Dennis Davis in the Pretoria High Court.

Cop executioners should be pursued and brought to book, says Cyril Ramaphosa

Questions raised up and over cop work advert

The court discovered Sitole to have penetrated his obligations as a cop as far as the Ipid Act by deliberately postponing various Ipid examinations concerning degenerate acquisition bargains inside the Crime Intelligence climate.

The examinations were purportedly connected to the R45-million "Nasrec grabber" matter.

As per the assertion, Ramaphosa demonstrated to Sitole that the issues emerging from the High Court judgment were not kidding.

"The President has, as far as Section 9 of the South African Police Services Act of 1995, read with Section 8 of a similar Act, 68 of 1995, considered it proper at this stage to organize a leading group of investigation into the National Commissioner's supposed unfortunate behavior and wellness to hold the workplace of National Commissioner of Police.

"This is justified by the public interest in the uprightness of the workplace of the National Commissioner," the assertion read.

Seale said Ramaphosa illustrated this setting in his letter to Sitole and had given the Commissioner 14 days where to react.

Sitole had since submitted portrayals in such manner, Seale said.

"While the President thinks about these portrayals, further commitment on this matter will be between the President and the National Commissioner," he said.

Recently, the general and two different SAPS senior authorities lost their application for pass on to advance against a previous judgment in regards to the declassification of records.

In January, the High Court requested the police to surrender a few mystery records to Ipid to explore suspected delicate extortion and defilement inside police positions.