By TamG (self media writer) | 4 months ago

Mariette was born in 1950 and was the daughter of a liquor store owner in South Africa. Mariette married Justin Bosch and moved to Gaborone to put down roots in Phalakane. This was a wealthy suburb and Mariette was soon rubbing shoulders with the social elite as she had been no stranger to the lifestyle due to her father’s wealth. They met and befriended a couple by the names of Maria and Marthinus ‘Tienie’ Wolmarans. The two women soon became inseparable, participating in activities together. Sadly, Justin Bosch died in a car accident in 1995. Soon after Tienie and Mariette started having an affair. Tienie and Maria separated in 1993. Tienie promised Mariette that he would divorce Maria but resumed living with her the following year.

In June 1996, Mariette collected her father’s gun from her friend in Pietersburg (now named Polokwane) and smuggled it into Botswana. Mariette’s house was located two blocks away from Maria’s. Mariette jumped over the 2 meter high wall and accessed the house. Maria was alone at home as Tienie was away for work. She confronted Maria in the passage and shot her twice. Three months later Mariette and Tienie became secretly engaged. For some reason, Mariette confided in Justin’s sister, Judith.

Judith had openly shown her disapproval of Mariette and was not close with her at all. Mariette told Judith that she and Tienie were in love and she wanted to be his wife. Three months later, Mariette had ordered a designer wedding dress from Pretoria. The news reached Judith and she recalled a phone call she received from a friend informing her of Maria’s death and that Mariette had collected one of the guns she looked after for the family. Judith then persuaded Mariette to give her the gun instead stating that she would return it to their mutual friend in Pietersburg. Mariette complied, after which Judith handed the 9mm automatic pistol over to the police. 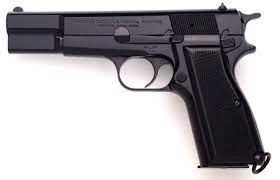 Forensics confirmed that it was indeed the murder weapon. Mariette and Tienie were arrested on the 07th October 1996. Tienie was initially suspected of being complicit in his wife’s murder but was later released and never charged. Marriette was granted bail and it was during this time, in 1998 that Mariette and Tienie married. Her trial began Dec 1999 at the Botswana Labotse High Court with Justice Isaac Aboagye presiding. Mariette was convicted of murder in February 2000 and executed on the 31st March 2001. The case was likened to the 1987 film, White Mischief as it resembled the plot greatly. She was therefore dubbed Botswana’s White Mischief. 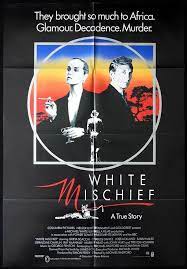 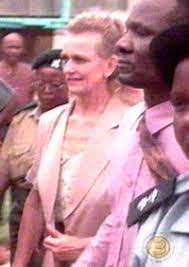 Boity and her guy Anton Jeftha go away their lovers gushing over them in recent image.