Winter is that time of the year where people willl try their level beat to make sure that they keep themselves warm all the time, some families stay good house where there are air conditioners which will keep the whole house warm even through the night, sometimes they would even sleep without having to use the blanket throughout the night, there are also those families which are not that previllaged, they live in shacks and they would resort to any possible mea s to keep warm, those who stay in shacks sometimes take risks and sleep with their heaters or stoves on. 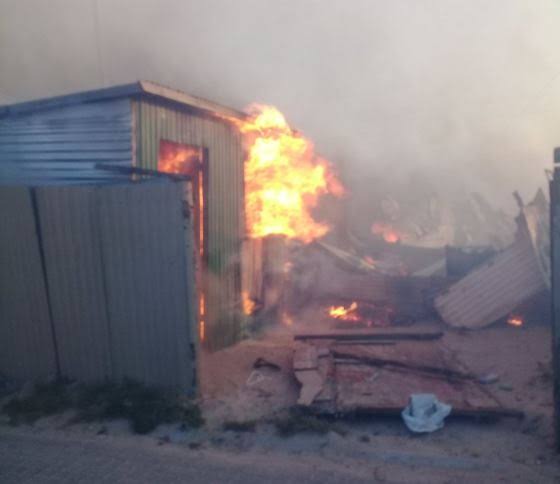 Reports emerging suggests that four kids have died in the early hours of Monday morning when the shack they were sleeping in reported caught fire, the cause of the fire is suspected to have been the restoration of power after load shedding.

According to reports, a shack where four kids were sleeping reportedly caught fire just when electeicity was restored, the kids were alseep and couldn't wake up in time to get themselves out of the bur ing shack, they then reportedly succumbed.

"Four (4) kids have died following a shack fire in Hendrina Mpumalanga in the early hours of Monday morning. It is believed they are a set of twins, two (2) girls aged 13 & two (2) boys aged 8. Brigadier Selvy Mohlala, a spokesperson for the Mpumalanga police, said that according to the information they currently have, the shack caught fire after the power was restored during load shedding," reports suggests. This is heartbreaking when kids so young loses their lives, but then again one wonders where the adults were, why the kids were sleep on their own at the time. A lot of people have started complaining that their appliances are getting damaged when power restors After Load Shedding, now it has gone very nad since kids died.

Stunning TV Wall Desisgns You Should Check Out|| Opinion