Good Job AmaBherete|| Look what they discovered in a shack allegedly leading to a mine shaft? PICS 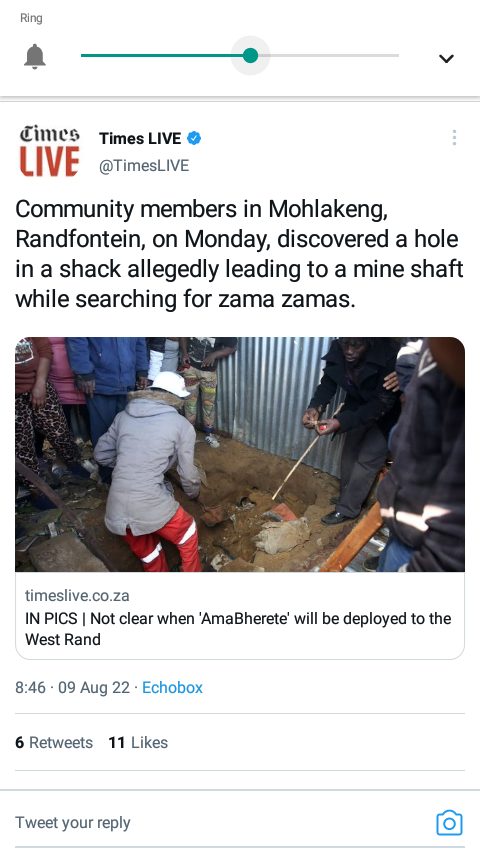 On Monday, people in the Mohlakeng community found a hole that may lead to a mine shaft used by zama zamas.

When people in Mohlakeng, Randfontein, were looking for zama zamas on Monday, they found a hole in a shack that seemed to lead to a mine shaft.

The community thought that the "AmaBherete" police tactical response team would be sent out as promised by police at an imbizo on Sunday.

On Monday, a few police cars kept an eye on roads that were sometimes blocked.

"The deployments will be taking care of illegal mining in a certain police district." When and if it happens, the media will be told.

Earlier, the homes of people thought to be zama zama were attacked. In Extension 11, people burned down shacks near a hill and broke into two homes on a corner near mine shafts.

On Monday, in Mohlakeng, a printed blanket worn by the Basotho was set on fire. 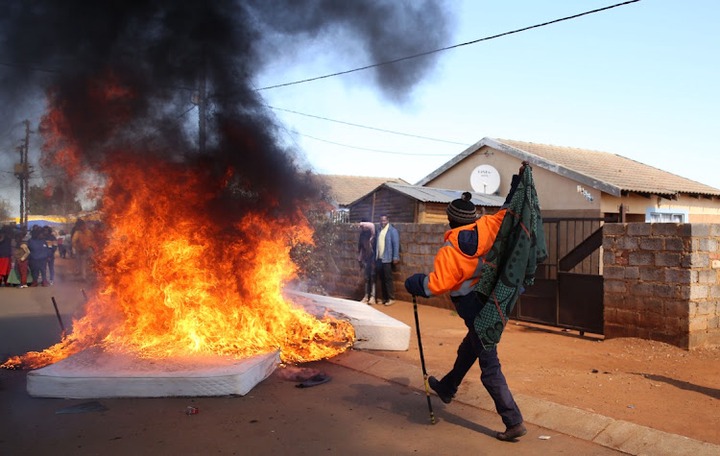 Beds, tools, and other things that were in the back rooms of the houses were burned.

Thabo Rankoko said that he was upset with the police.

They were supposed to be here. The imbizo was just for show, and they didn't want to help us. They keep letting us down, so we have no choice but to break the law.

"These are their friends. We see them collecting bribes every day in the neighborhood. It's not surprising that they're dragging their feet.

On Monday, things that were thought to belong to Zama zamas were destroyed.

People from the community joined people from other parts of the West Rand in looking for people who were thought to be illegally mining and shutting down informal operations. Eight women were raped in a group 11 days ago at an old mine in Krugersdorp. This has caused a lot of anger.

The people of Munsieville searched a nearby mine shaft on Friday after taking down the barbed wire that was lying around the entrance. Using their phones as flashlights, they went about 200 meters into the shaft but turned around when they saw that no one was there.

This happened after a protester died in Kagiso.

In March, the mineral resources department put out a policy on artisanal and small-scale mining. Only South Africans or permanent citizens will be able to get a permit.

It wants to make it illegal for the current operators, who are called "zama zamas" and come from places like Lesotho and Zimbabwe, to work in some of the 6,100 mines that are "derelict and ownerless."