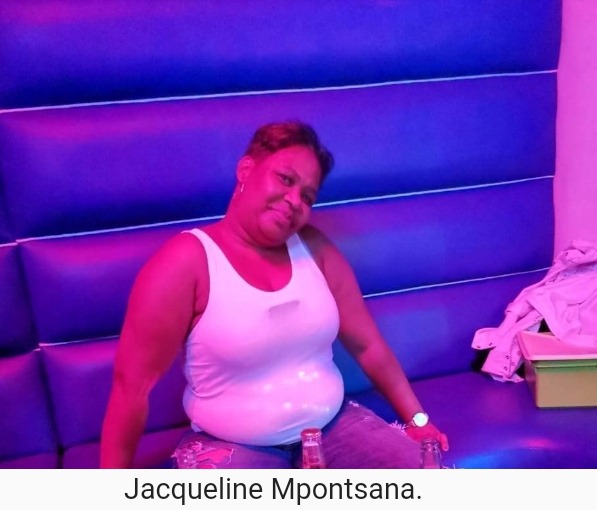 The alleged killer of Jacqueline Mpontsana who had been on the run since September 2021 finally made his Court appearance on Monday after being arrested on Friday.He appeared in the Athlone Magistrate's Court on Monday facing murder charges. Jacqueline was allegedly set alight in 2021 and died as a result. The suspect Lwazi Sibindana reportedly made an appearance in a court wearing his grey hoodie.

Even though the court room was reported to have been quiet , the day that the late Jacqueline died was not a peaceful one. Jacqueline allegedly got set alight on the 20th of September 2021.The suspect reportedly managed to slip away from police who had his warrant of arrest. The late Jacqueline reportedly used to work in the Department of Community Safety , in the Western Cape. She had a role of monitoring if police complied with dealing with issues regarding violence in homes.

Despite her job description that had to deal with domestic violence, she was in an abusive relationship. The relationship between the late Jacqueline and the suspect Lwazi was described as having been a violent one. At one stage, Jacqueline's aunt had to intervene when they were fighting. In accordance with the report, there was an argument between the two on the 19th of September. After the argument, the suspect reportedly left the house and upon his return, he reportedly emptied a petrol container on Jacqueline and set her alight.

They reportedly tried to help her but the clothes she was wearing caught alight. It was further stated that although she was taken to hospital, she succumbed to the burn wounds on the 21st of September 2021.The case qas postponed to the 31st of January 2022 for bail application.However , when she died, she left a child who was in Grade 7 .It waa revealed that when the suspect appeared in court, there was nobody to support him.