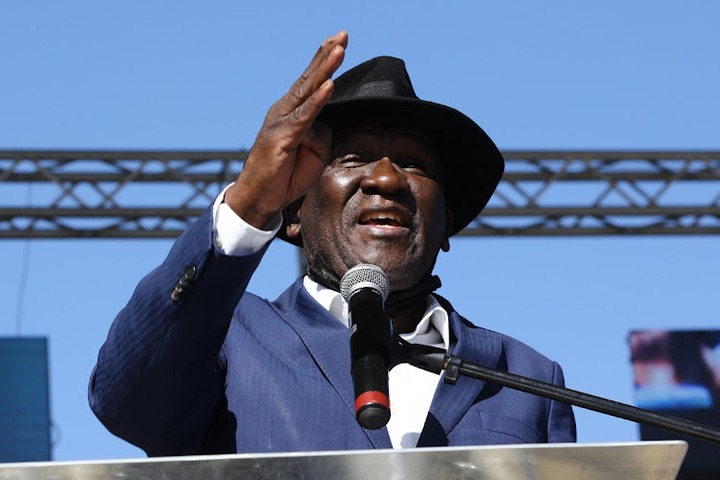 Bheki Cele told a community member whose organisation is calling for his removal to "shut up"."/>

Police minister Bheki Cele lost his levelheadedness in Gugulethu on Tuesday when Ian Cameron, a director of community safety at Action Society, scrutinized the police's disappointment in fighting wrongdoing. Cele was going to a community policing commitment in Gugulethu whenever Cameron was offered a chance to talk. Cameron said Action Society — a common society association — was ordered by the survivors and groups of casualties of orientation put together brutality to talk with respect to their sake during the gathering.

The association likewise has a #Celemustgo crusade in which it blames Cele for being behind the proceeded with fumble of the police. Cameron said community individuals had commanded Action Society to assist with orientation based brutality situations where the police neglected to research and guarantee convictions. He let Cele know that he was bombing in his order to guarantee the community was protected.

Cameron further let Cele know that he doesn't see him watching around evening time like individuals at the gathering wearing their yellow coats — not provided by the police but rather by the region — and without a six-vehicle motorcade and protectors. Cameron welcomed Cele to do watches with the ladies from the area. He called attention to that the Western Cape government and the City of Cape Town were not welcomed, despite the fact that they posted individuals in the city.

Cele didn't warmly embrace these assertion and let Cameron know that he didn't join basic liberties fights yesterday. "To that end I was shipped off jail. For that reason I was shipped off Robben Island. That is the reason I lived in the virus water, for that reason I ate awful food since I was battling for basic freedoms," Cele said. He additionally enlightened Cameron not let me know him regarding the safety of "my kin".

At the point when Cameron was attempting to answer, Cele told him to "shut up" various times and told him to "tune in" or "get out" before Cameron was moved out by one of the policemen at the scene. One more video shows Cameron being accompanied towards his vehicle by various police officials. After his ejection, Cameron said he was fed up with hearing political reasons and stories while common individuals are being killed in the country. He said his coat was torn by a public request policing official.