By TheWise1 (self media writer) | 3 months ago 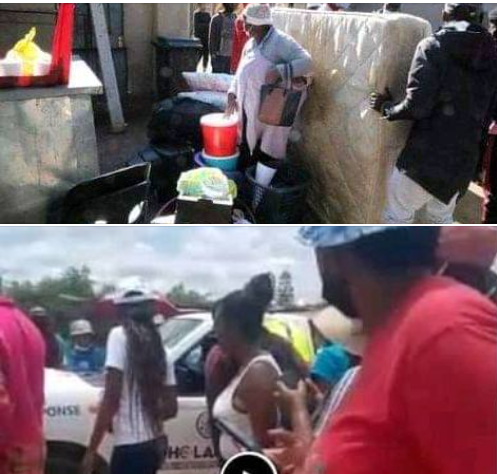 We have seen the feud between Zimbabweans and Seshego residents during the time when one of the Zim man was arrested on allegation that he killed 7 woman. Many of those woman that were murdered were residents of Seshego, Lithuli, Madiba park and Lesedi park. It was then that the forum that was formed against crime in these areas together with residents, gave Zimbabwean nationals 2 month to leave their place of residents, otherwise if not, they would take law into their own hands.

As they have promised, it is now almost two months since the Zim guy who was responsible for such tragedies was arrested, now the Seshego residents are about to deliver on their promise. Zimbos better watch their backs because it is not just Seshego residents against them, it is many South African citizens. If you are a Zimbabwean in Seshego, you have these options, go and rent in town if you can afford, pack and go back to Zimbabwe. It is also up to how you survive, you can also choose to stay and keep on looking over your shoulders. 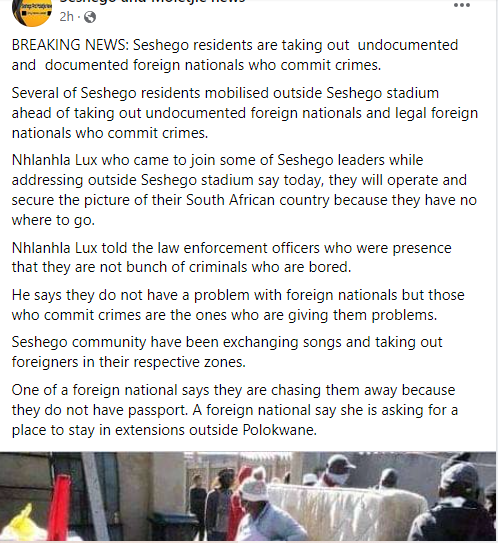 Nhlanhla Lux who came to join some of Seshego leaders while addressing outside Seshego stadium say today, they will operate and secure the picture of their South African country because they have no where to go.

Nhlanhla Lux told the law enforcement officers who were presence that they are not bunch of criminals who are bored.

He says they do not have a problem with foreign nationals but those who commit crimes are the ones who are giving them problems.

Seshego community have been exchanging songs and taking out foreigners in their respective zones.

Thank you, please share your thought on this article on the platform below