The smell is unbearable: Mpumalanga hospital outpatients have to queue next to mortuary.

By Emmysticks (self media writer) | 3 months ago

Some people who go to the pharmacy at KwaMhlanga Hospital in Mpumalanga to get their medicine say it affects them to see dead bodies being delivered and picked up at the open door of the mortuary. 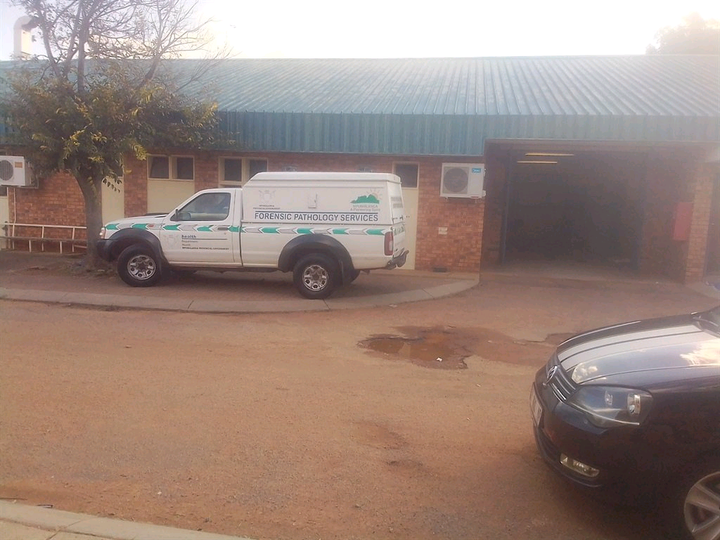 Patients say they can't stand the smell coming from the main door of the forensic pathology services building at the hospital.

They also say it makes them sad to see dead bodies being brought in and taken out of the mortuary's main door while they wait in line.

The Mpumalanga health department says it is in the process of moving the pharmacy farther away from the morgue.

Some of the dozens of outpatients who go to KwaMhlanga Hospital's pharmacy in Mpumalanga to get their medicine have complained that they always have to deal with a bad smell that is said to come from the door of the forensic pathology services building.

The building with the forensic pathology services is next to the building with the hospital's pharmacy. The doors of the two buildings are about 15 meters away from each other. People waiting in line to get their medicine stand or sit on chairs on the verandah of the pharmacy near the funeral home.

Jimmy Twala, who was not in the hospital, told News24 that the bad smell came from the building's main door. He also said that it bothered him to see people crying hysterically after identifying the bodies of their loved ones when they came out of the mortuary.

Twala said, "That smell is horrible, and I think it comes from dead people."

I recently spent a long time waiting in a long line. I was hungry, but because of that bad smell, I couldn't eat fruit or snacks. We live close to this funeral home, so I can feel the pain of the people who come here to find the bodies of their loved ones. Standing here, I also see families doing rituals to bring the spirits of their dead loved ones through that door. I'm asking the people in charge of the hospital to move this pharmacy away from the morgue because I don't want to see these things.

Nomvula Skhosana, another patient, told News24 that it was also hard for her to see dead bodies being brought to or taken from the mortuary while waiting in line for the pharmacy. She also said that she got medicine from the hospital's pharmacy every month.

Skhosana said, "I can't stand to see dead bodies, even if they are wrapped in sheets."

"The smell coming from that door makes me feel like throwing up. Most of the people whose bodies are brought here died in ways that were not natural, like murder or a car accident. When I see their dead bodies, I worry and wonder why they have died. Every time I come here, seeing dead bodies hurts me."

When News24 went to the hospital this week, there was a forensic pathology services bakkie parked next to the wide-open main door of the mortuary. In the area where people dropped off and picked up bodies, there were a few empty body stretchers. A smell of decay was in the air near where people were waiting to get into the pharmacy, but it wasn't clear where it came from right away.

Dumisani Malamule, a spokesman for the Mpumalanga health department, said they were aware of the problem and were working to fix what he called a "challenge" at KwaMhlanga Hospital.

"The specs have been written. The department is busy making plans to move the pharmacy waiting area to the other side of the building, which is far from the morgue "he said.