By AnonymousNewsRSA (self media writer) | 28 days ago 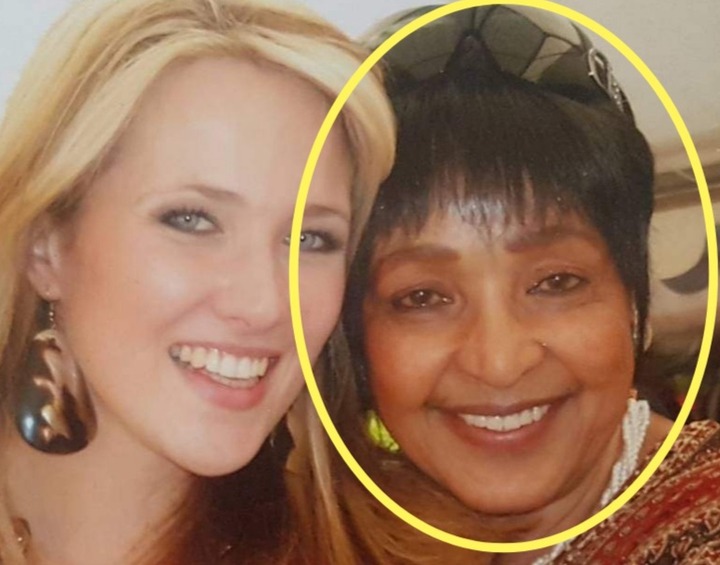 South Africa, Social Media - A popular "human rights defender" named Catherine Constantinides, is busy getting dragged on Twitter for posting a picture of her with Winnie Mandela on her Twitter feed. Catherine Constantinides is a popular South African, social justice activist and human rights defender, but it appears she does not know much about the history of apartheid which is why she is currently getting alot of heat on her Twitter. 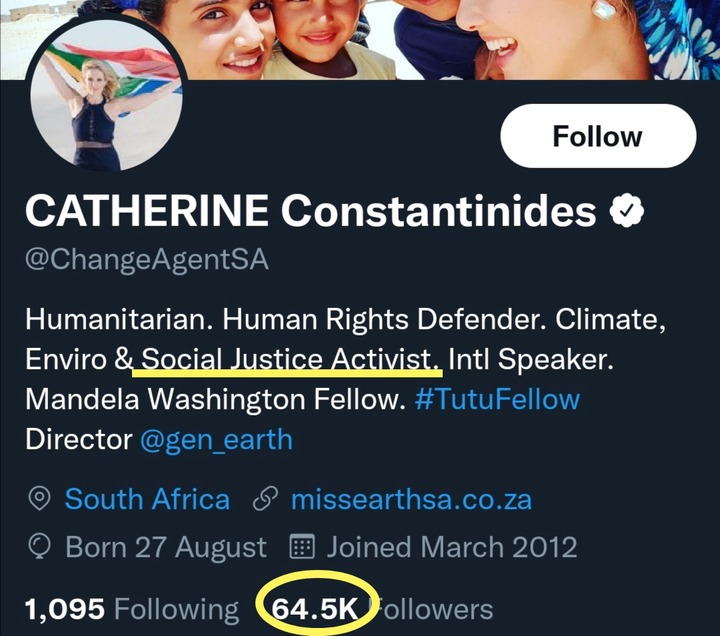 Catherine has more than 64k followers on Twitter but it appears they are not happy with her latest tweet. 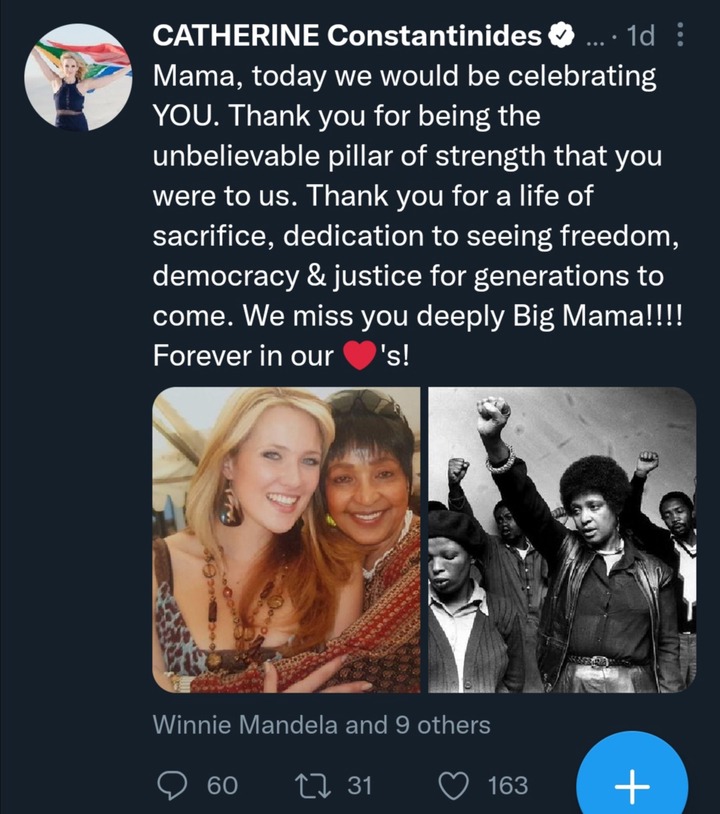 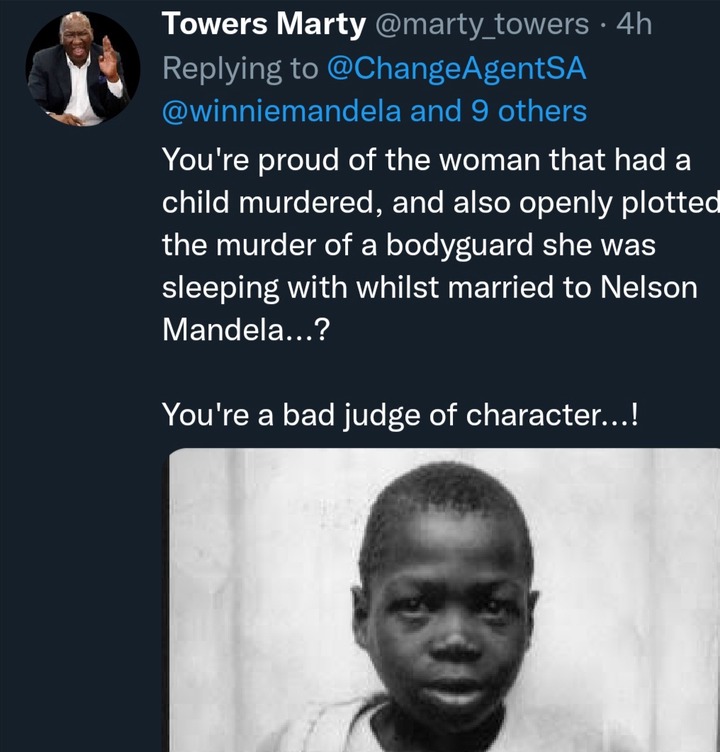 According to Catherine's followers she has allegedly forgotten all about a little boy named Stompie Seipei who was allegedly brutally murdered under instructions from Winnie Mandela herself, during the apartheid era. It was alleged that Stompie was accused of being a spy for the Apartheid government. Stompie was only 14 years old. 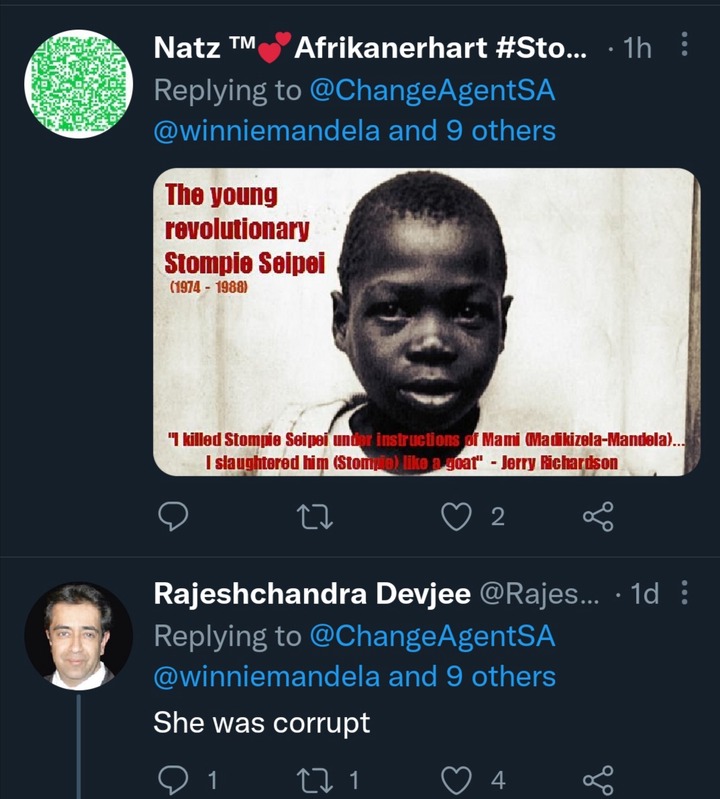 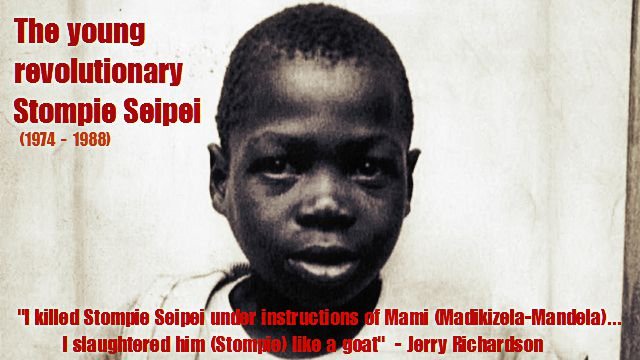 Catherine's followers seem to be shocked that for a "human rights defender" she does not know about Stompie and the brutal manner in which he was killed. People were also asking who would be so proud to take photos with a murderer. 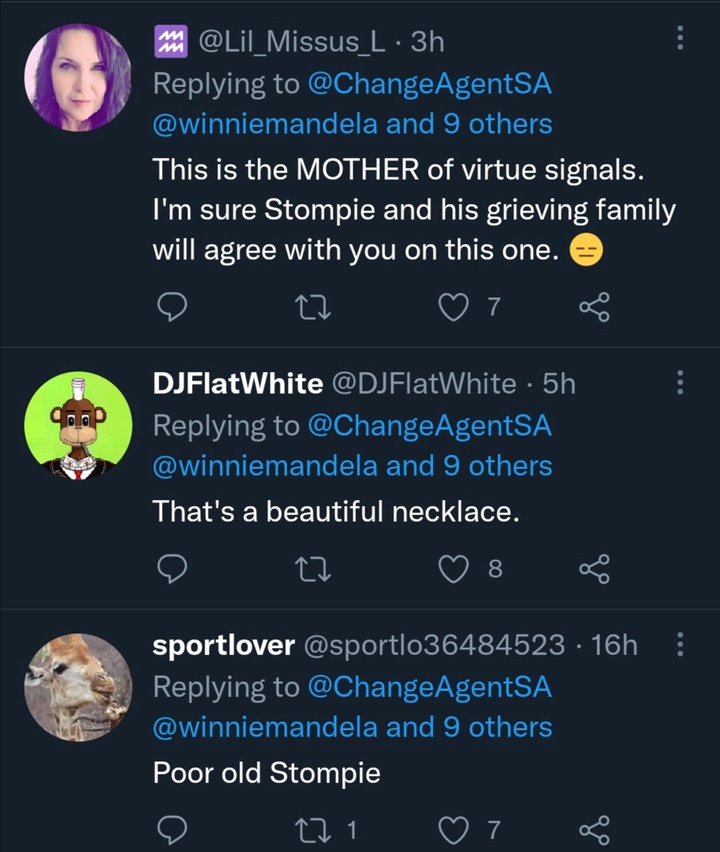 Winnie Mandela is currently praised by the ANC and the EFF however, there are many dark secrets about Winnie that is not known to the public. 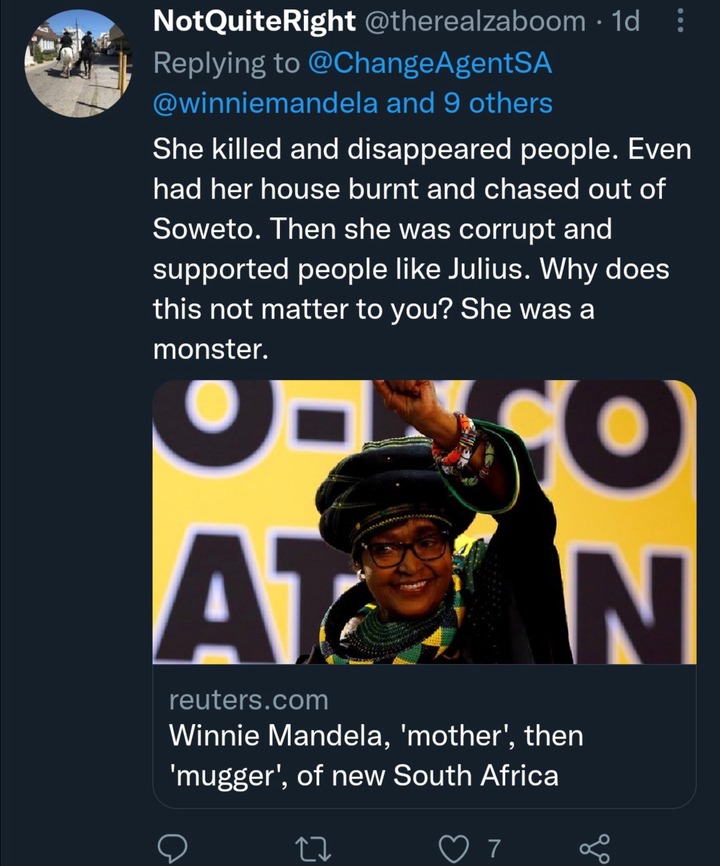 Winnie Mandela is very well known for her phrase, "With our boxes of matches and necklaces we shall liberate this country." 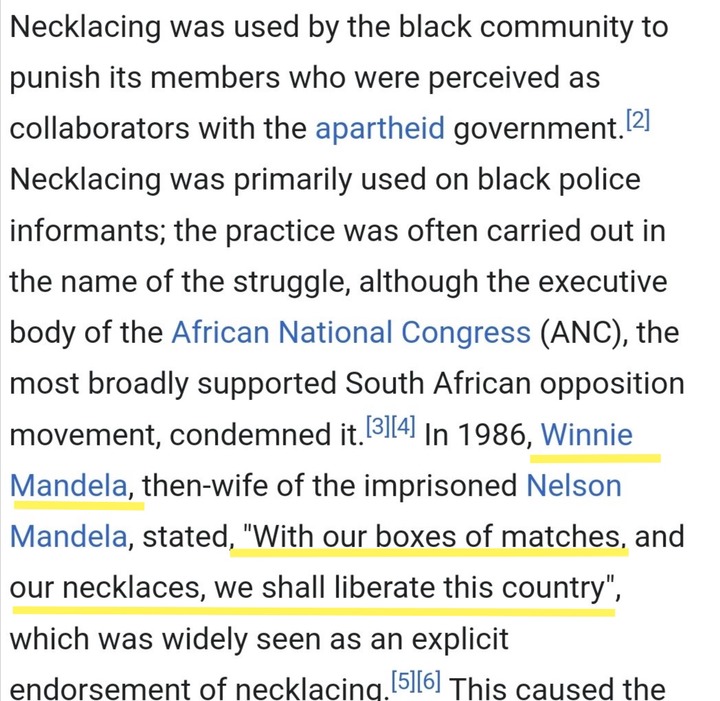 This phrase was widely presumed to fuel the flames of necklacing, an horrific act that involves putting a tyre around someones neck and setting it alight.

"Mama, today we would be celebrating YOU. Thank you for being the unbelievable pillar of strength that you were to us. Thank you for a life of sacrifice, dedication to seeing freedom, democracy & justice for generations to come. We miss you deeply Big Mama!!!! Forever in our ❤'s!" Catherine tweeted which left a sour taste, in peoples mouths on her Twitter feed. See the comments below. 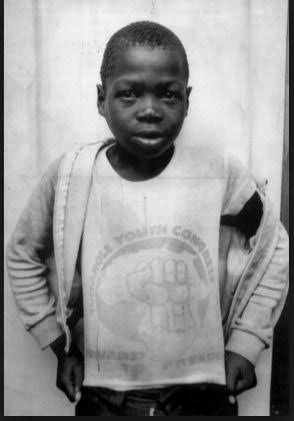 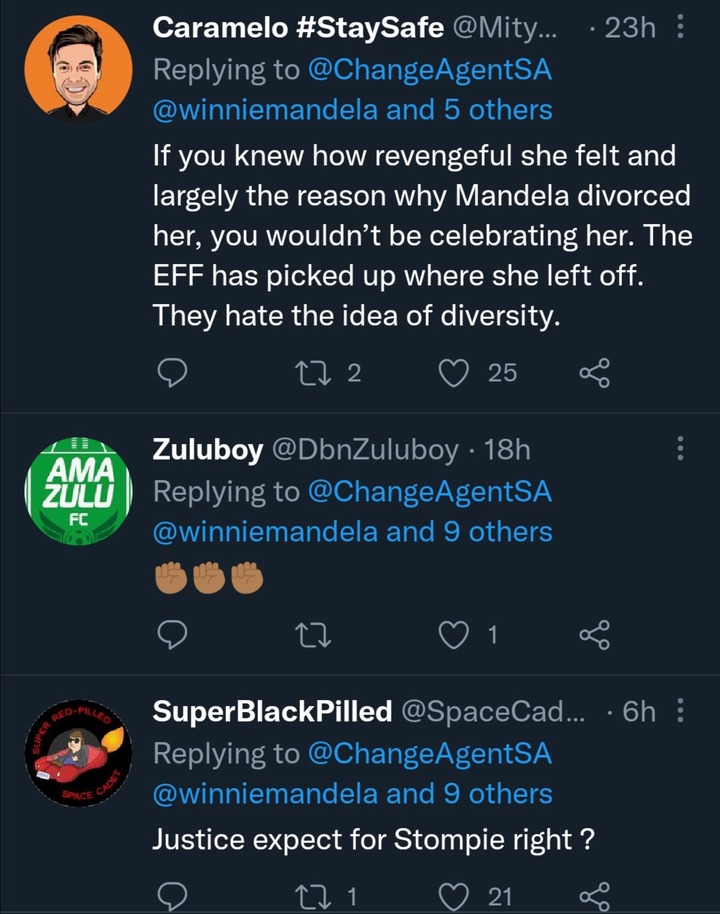 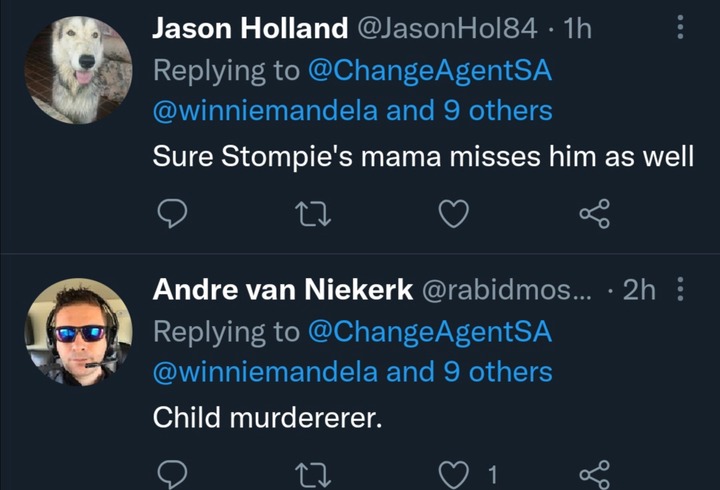 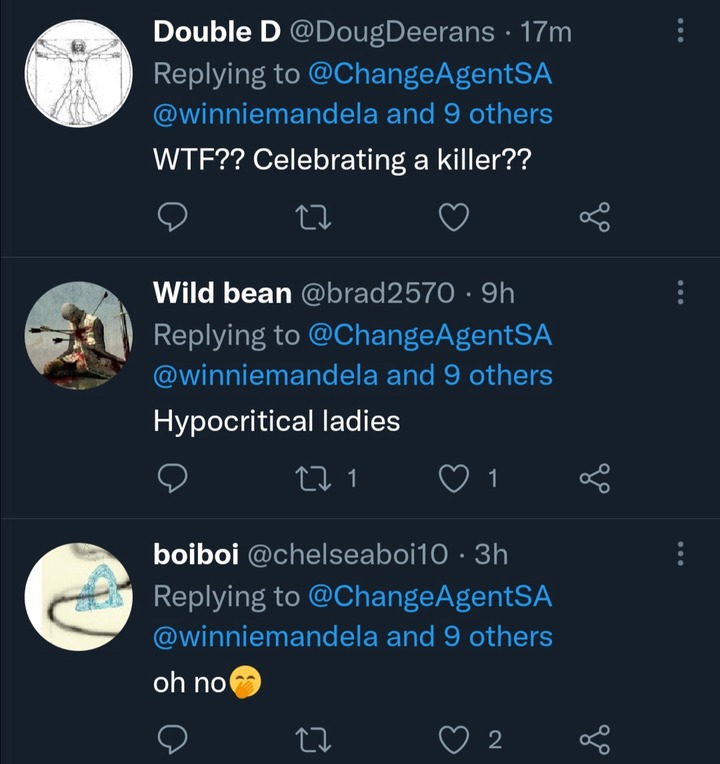 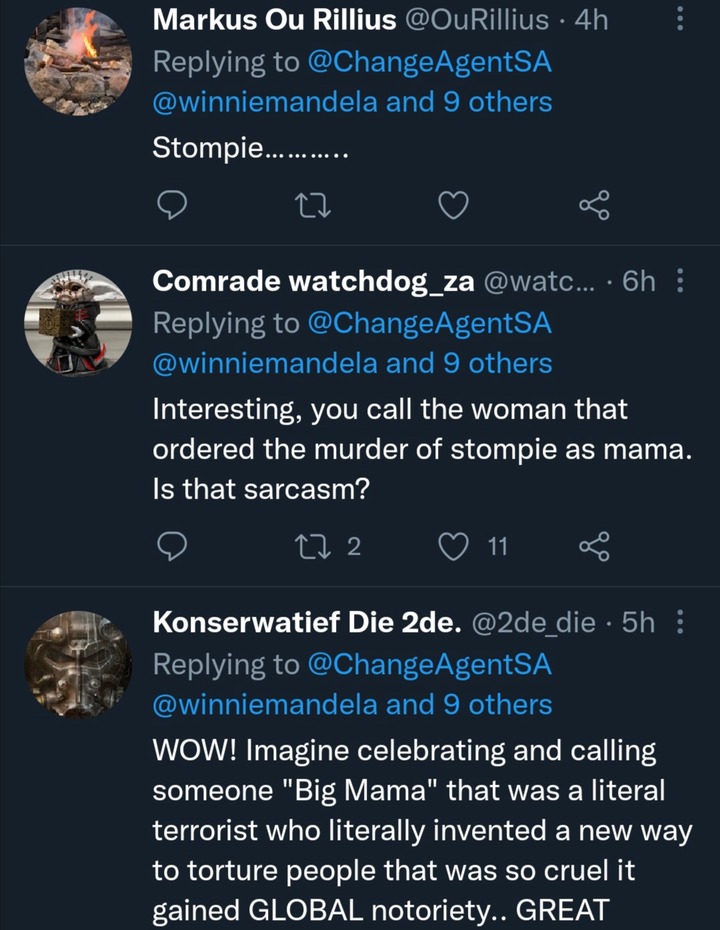 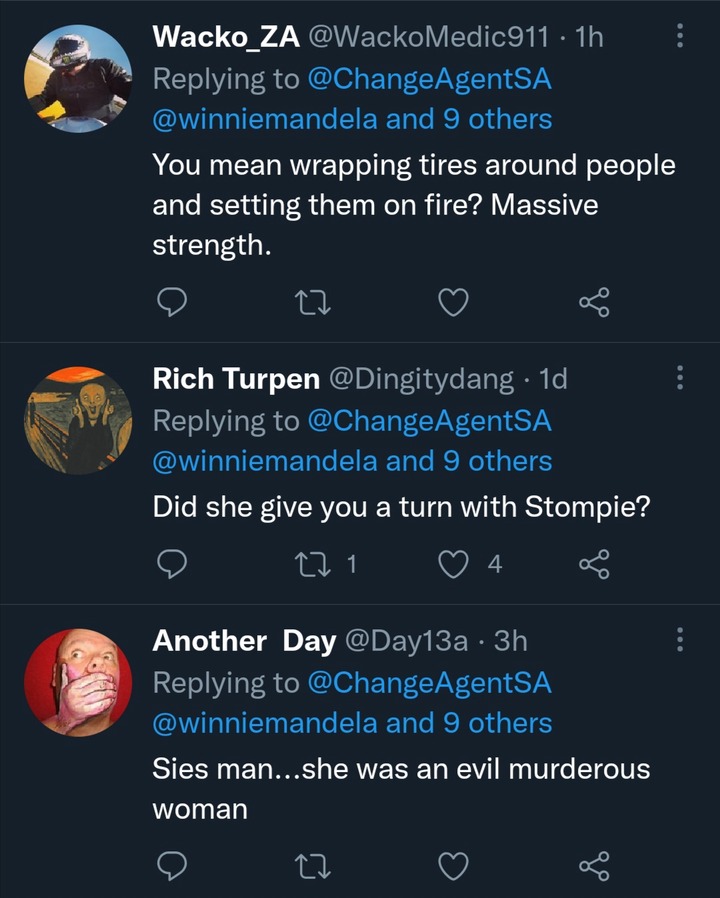 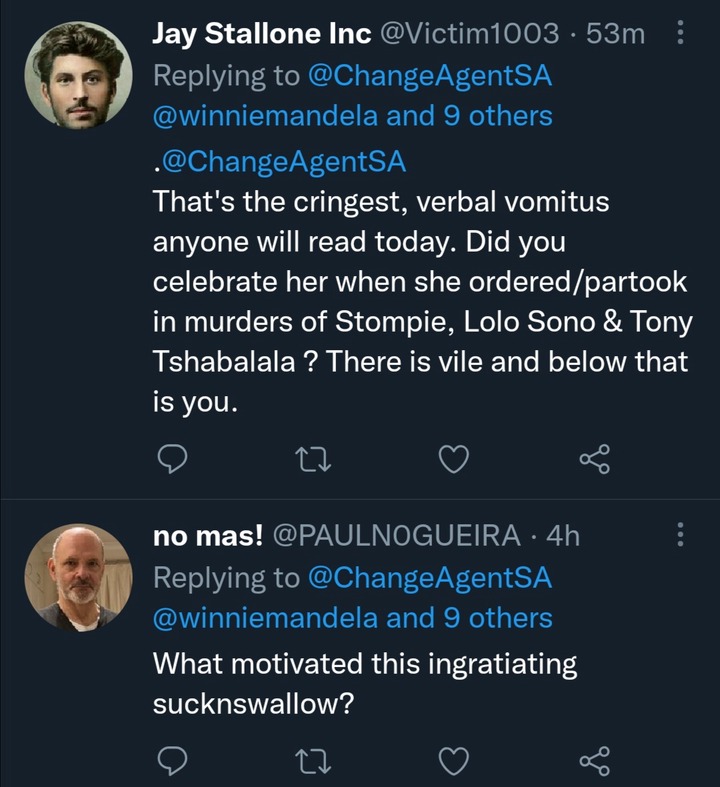