Thieves steal crash barriers worth US$3,500 on Pokuase interchange 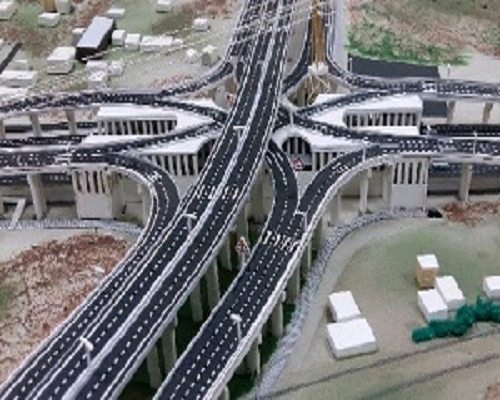 Thieves steal crash barriers worth $3,500 on the Pokuase junction, according to the latest complaint.

ghana 33 seconds ago, I sent an email 1 minute 0 Pokuase Interchange should be read.

• Crash barriers installed on the Pokuase interchange have been stolen. FacebookWhatsAppTwitterShare

• The Amasaman Divisional Police Command has been notified of the incident.

According to the Daily Graphic, some unscrupulous individuals took ten crash barriers from the recently constructed Pokuase interchange.

The goal of these crash barriers is to prevent people from colliding with one other.

The goal of these crash barriers is to keep moving vehicles from going off the road from Kwabenya to the interchange, causing accidents.

According to the allegation, these individuals also caused damage to the street lights installed along the interchange's stretch.

In an interview with the project's Resident Engineer about the new event, Kwabena Bempong said the issue had been referred to the police for further inquiry.

“This is quite serious because if we do not intervene, all of the crash barriers that we have installed on the interchange will be stolen at some point,” he stated. There is a pressing need for us to nip it in the bud as soon as possible.” ACP Kwesi Ofori, the Acting Director-General of the Ghana Police Service's Public Affairs Directorate, revealed that police personnel patrol the affected region and its environs in the evenings because the acts are generally committed in the evenings.

He promised that those responsible for the theft of the crash barriers would be apprehended, and that similar incidents would not occur again.