While South Africans are still kicking over the so-called stadium that was constructed with over 15 million rand, people on social media just noticed that they were not cutting ribbons to commission the project rather, they were actually cutting a hazard tape. Many people say that this is a clear indication that the ruling party is confused. They noted that the ruling party and those who commissioned the project ought to know the differences between a ribbon and a hazard tape. They also berated the organization for building such a project and then commissioning it as a stadium while still trying to convince voters to vote for them into office again. Recall that this stadium is trending on Twitter and Facebook since two days ago, as people lambaste the ruling party for executing such a mock project and siphoning funds. Someone called this a “daylight robbery”. 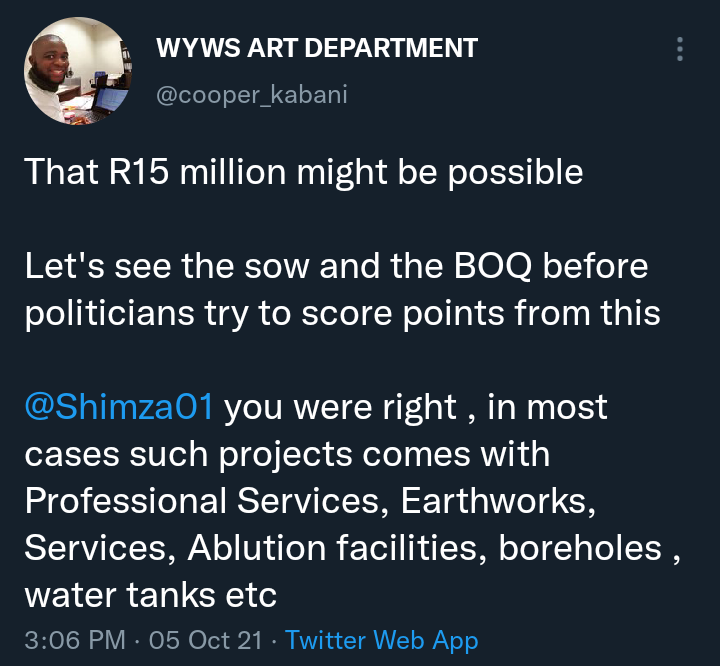 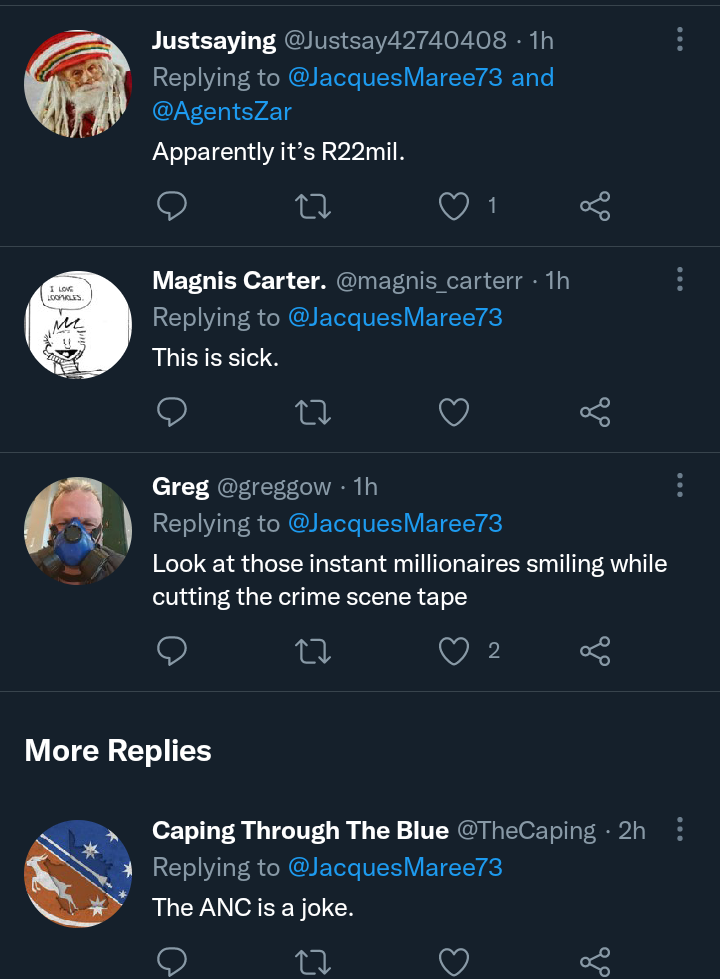 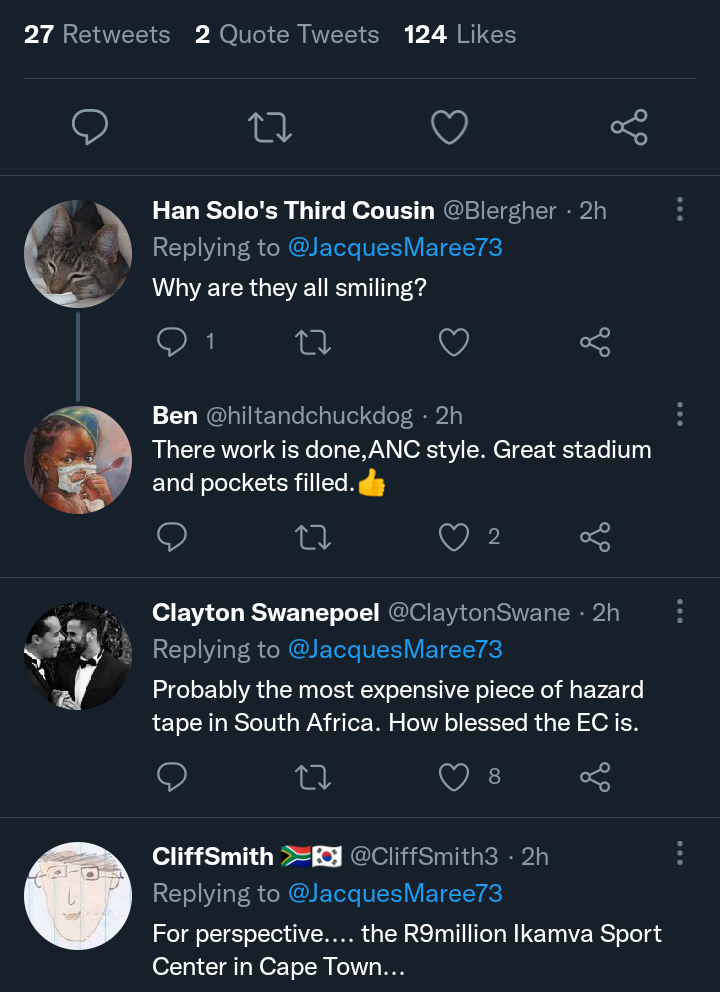 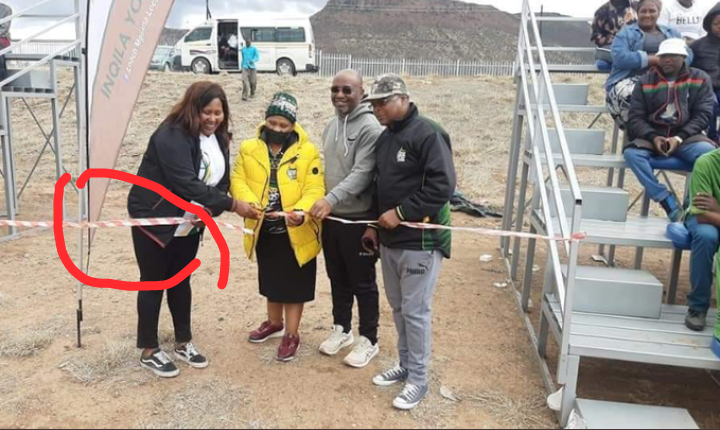 A South African youth who expressed disappointment in the project wrote that, “My favourite part of this R15 million ANC-built “stadium” is the sad piece of twisted hazard tape used for the ribbon cutting. No doubt, that was several thousand rand on the cadre-inflated invoice. Look at those instant millionaires smiling while cutting the crime scene tape”. Some South Africans are already campaigning against the ANC after the budget for the stadium was revealed. Opposition politicians such as Floyd Shivambu of the Economic Freedom Fighters bashed the ANC for such a low project. Floyd Shivambu said, “An ANC Municipality in the Eastern Cape, Enoch Mgijima has opened what they call a stadium… R15 MILLION was paid to build this thing & they are proud of it. The people of South Africa must vote these people out of power because they have no shame. None whatsoever! R15m for". 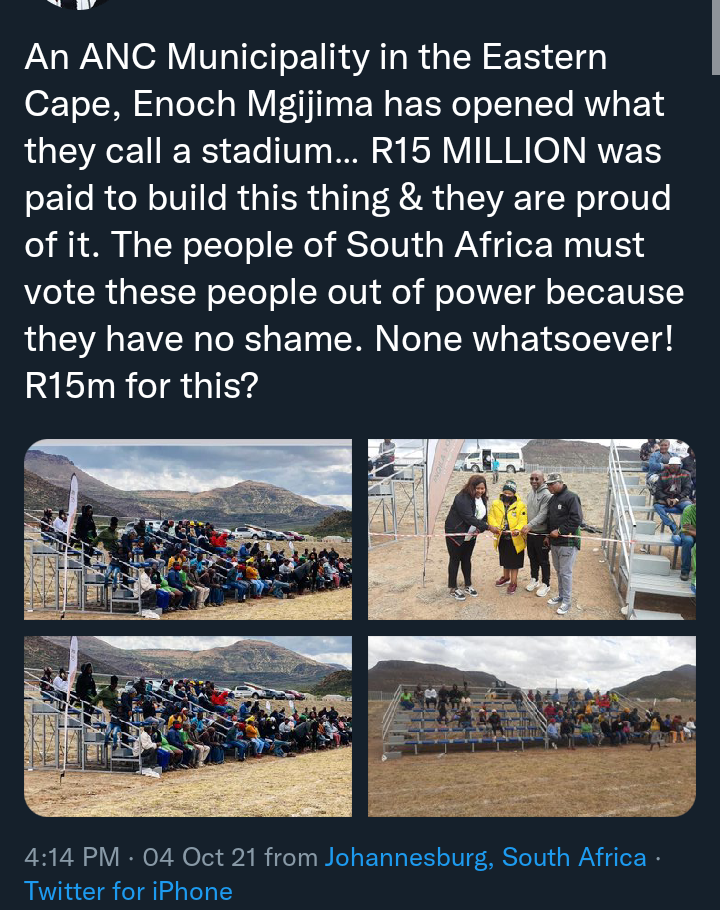 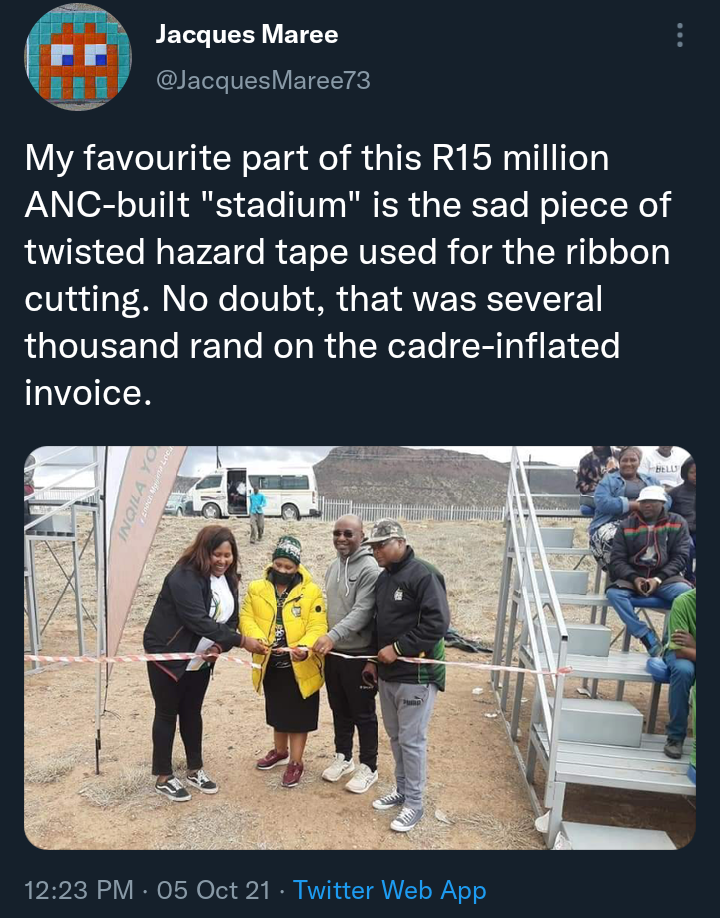 But someone is saying that the project can actually gulp more than 15 million rand because many things are done before putting the stadium there including design, earthworks, labour, surveys and other things. This person is not an ANC member, but he is trying to reason that such amounts of money cannot execute a descent stadium. He spoke, “That R15 million might be possible. Let's see the sow and the BOQ before politicians try to score points from this

Here Is Why The DA Could Win The Elections