The family is grateful for the arrest of the suspect

By Ntokozo98 (self media writer) | 7 months ago

The family is grateful for the arrest of the suspect ~~~~ The man accused of killing Ms Anele Bhengu (22), was arrested on Thursday in Mlahlandlini, Gcilima, South Coast. A 39-year-old man allegedly fled from his home after being wanted by police for killing Bhengu. ~~~~ The suspect is said to be hiding in the bush, where he allegedly hid in the bush. He was arrested and taken to KwaMakhutha police station. ~~~~ The victim's aunt, Nontokozo “Nonto” Bhengu, told The Star they were very happy with the suspect's immediate arrest. Thank you very much, this is commendable. We can even breathe knowing that the alleged killer is in jail. All we want now is to go to court and see her, and tell us why Anele was so brutally murdered. We just want to know what happened, "said Ms Bhengu. Photo: Twitter ~~~~ He said the family did not know the suspect and Anele did not know if they knew him. ~~~~ KwaZulu-Natal police spokeswoman Colonel Thembeka Mbele said the suspect would appear in the Umbumbulu Magistrate's Court soon. of Tactical Response which works with Margate investigators following up information on the suspect. They then went to the suspect's home in Mlahlandlini, Gcilima. The suspect saw them and fled and stood in the nearby bushes. He was arrested by Margate police and taken to the KwaMakhutha police station, ”said Col.Mbele. ~~~~ The motive for the killing was unknown. The newspaper reported that the family was planning a funeral on Saturday (today) in KwaMakhutha. 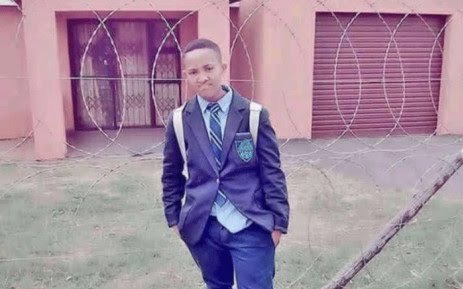 Content created and supplied by: Ntokozo98 (via Opera News )