By Littlemoments (self media writer) | 5 months ago

Five people have been killed after a minibus taxi they were travelling in overturned on the N5 road in Bethlehem in the Free State on Friday night.

Police Spokesperson, Phumelelo Dhlamini says the passengers were driving back home after attending a workshop in Tweeling.

“A minibus taxi overturned on N5 road near Bethlehem where five people died, four females and one male. Seven people sustain serious injuries and take to various Bethlehem hospitals. A case of culpable homicide is being investigated to determine the cause of the accident,” says Dhlamini. 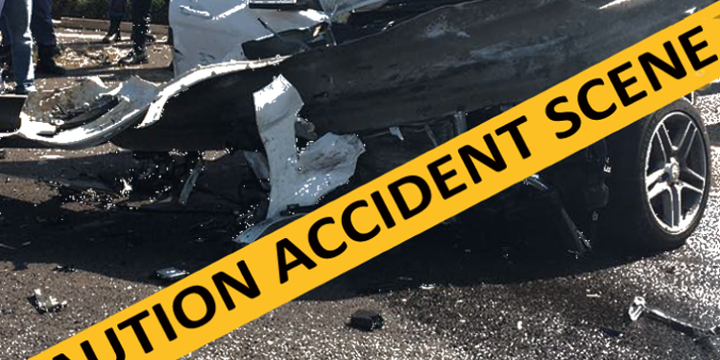 Meanwhile, a person was killed while other sustained critical injuries after the vehicle they were traveling in collided with another at the corner of Brickhill Road and Argyle Road in Durban.

Events leading up to the crash are unknown at this stage, however, Advanced Life Support paramedics Spokesperson, Garrith Jamieson says police will be investigating the matter further..

“ALS Paramedics Medical Services together with Netcare 911 arrived on the scene to find that two vehicles had collided in the intersection before one vehicle crashed into the traffic light. A female believed to be in her fifties sustained fatal injuries and there was nothing more Paramedics could do for her and she was declared dead on the scene. Another female believed to also be in her fifties sustained critical injuries and was stabilized on the scene by Advanced Life Support Paramedics before being rushed through to a nearby Durban hospital for the further care that she required.”

Two Level 2 Weather Warnings have been issued for Today. Here are all the details.

Morning sex: How it benefits you, adds spice to your relationship