By DissentingVoices (self media writer) | 11 days ago 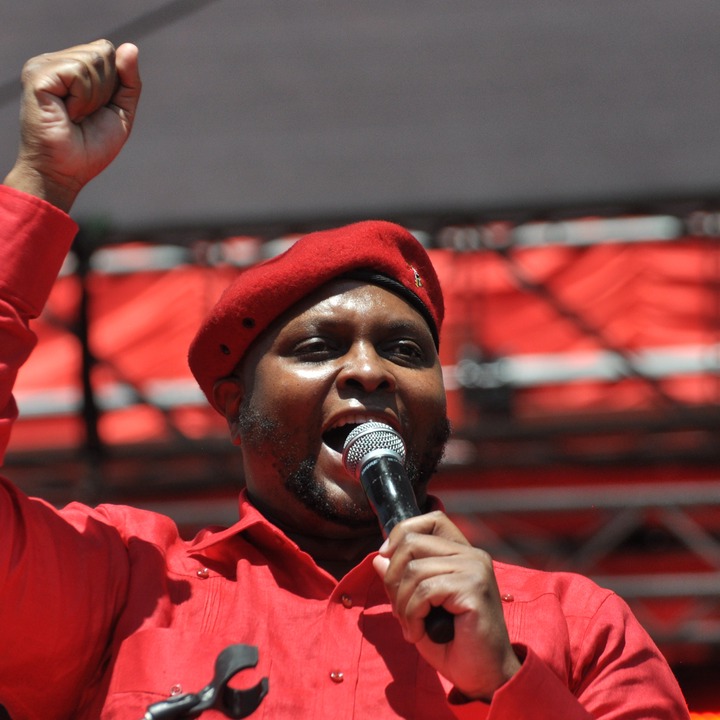 Economic Freedom Fighters deputy president, Floyd Shivambu has humiliated the head of digital communications in president Cyril Ramaphosa's office, Athi Geleba who was trying to put out the fire after social media users went berserk over the mediocre stadium unveiled by an ANC run municipality in Eastern Cape.

Geleba argued that the R15 million stadium unveiled in Enoch Mgijima, Eastern Cape was value for money as it had palisade fencing, rock blasting, earthworks, layer works, rugby and soccer field among other facilities.

Angry social media users however lashed out at the ANC member for trying to justify what they called a "crime scene."

Floyd Shivambu also loses his cool and told Athi Geleba that she must stop justifying rubbish because she sings for her supper.

"Justifying rubbish sometimes reveals someone’s extent of reason and wisdom. We know you’re singing for supper my sister, but don’t justify rubbish! This thing does cost R15 million and that’s it!" Shivambu said.

New details have also emerged concerning the R15 million stadium, as the contractor shows that it was not R15 million but actually R22 million used to construct the stadium in question.

One South Africa founder, Mmusi Maimane said this stealing game of the ANC must come to an end as he also expressed disgust at the structure which was built for R15 million.

Maimane adds that ANC want to steal every cent of these projects and cannot for once do things right.

"They want to chow every last cent. They want to chew the chicken bone to dust. A red ribbon would have been been wasteful looting," he said. 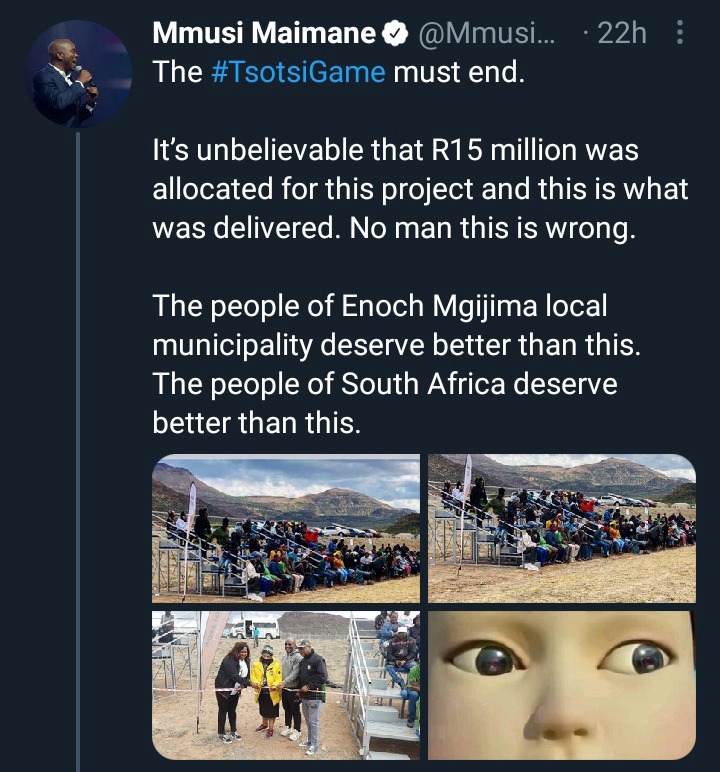