Criminal activity has become so pervasive in the Sunnyside neighborhood of Pretoria that Operation Dudula has had enough. The group claims it would "reclaim" Sunnyside from the hands of illegal immigrants and their criminal enterprises. When it comes to dealing with hazardous illegal foreigners, people of Sunnyside have tried many different approaches with no success. There will soon be a march organized by Operation Dudula to retake the suburb from what appears to be an invading alien force. On Saturday, July 2nd, Operation Dudula will lead a march with the theme "reclaiming Sunnyside." The parade will begin in Church Square and make its way to Sunnyside. 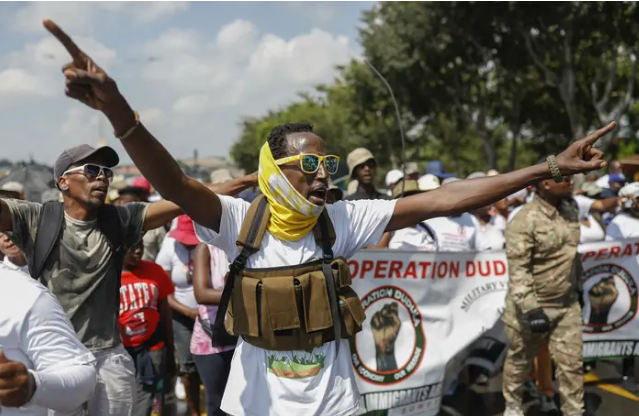 The foreigners, it is said, will put up a struggle on the day of the march. Somebody on social media claimed that their pal overheard a chat between two people who didn't sound like them at all. Evidently, the friend took a Bolt to work this morning as the foreign driver listened to a voice message from a foreigner whatsapp group. The audio memo suggests the foreigners were planning a march known as Operation Dudula. Untraceable firearms were purportedly stated by the foreigners as they entered South Africa through Rustenburg. According to them, they want to use the firearms to fight back, or "shoot to kill" as they so brazenly phrased it. There is nothing anyone can do about them claiming Sunnyside as their own, so they do. Operation Dudula Leader has been warned to be vigilant. Nhlanhla Lux, please take care on the streets. 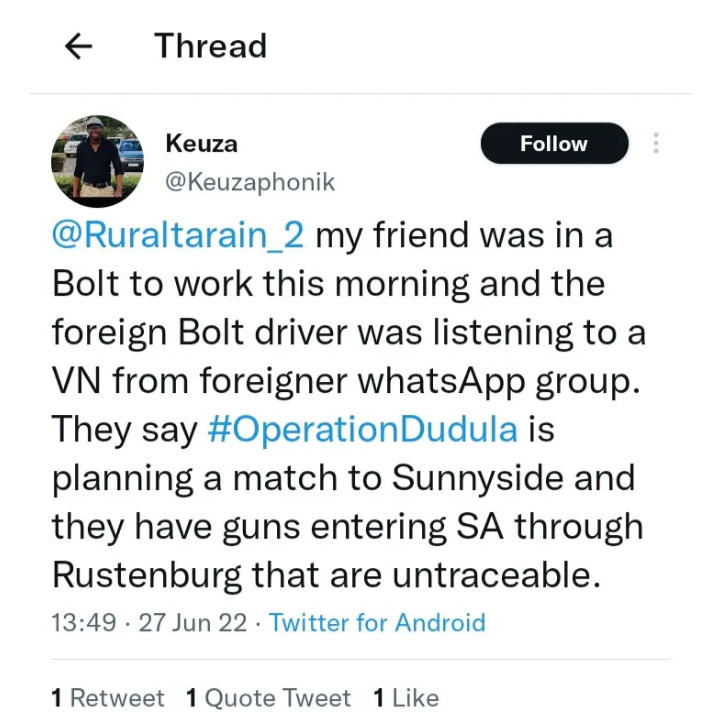 It's likely not the first time foreigners have retaliated violently against anti-foreigner protests in Sunnyside. There were thousands of anti-immigrant protesters in Sunnyside in 2017. A Ghanaian named Faba Yanzuri stated that they had to stock up on pangas and other sharp objects due to rising tensions. They tried to enter our stores, but we won't let them. Death awaits them, Yanzuri vowed back then. Keven Ntambu, a Congolese national, claimed that non-locals need not worry about being attacked by demonstrators. This is how we would handle them," Ntambu stated. We aren't going to give up or quit the nation. When we fight, we will fight with everything we have. 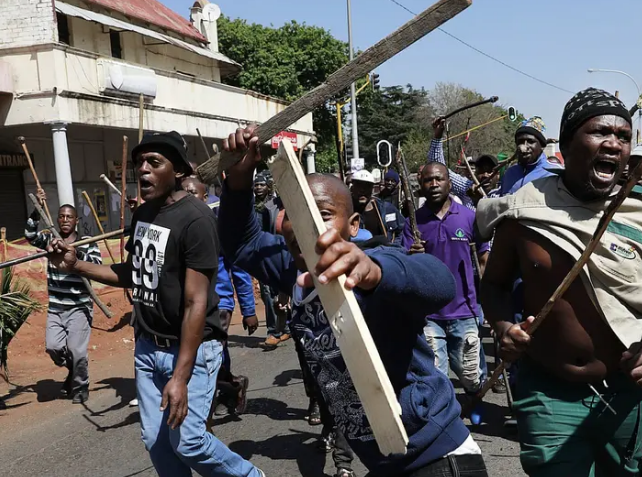 In response to the influx of illegal immigrants, our government must take action. When Operation Dudula has no intention of fighting, threats of this nature are understandably concerning. As a means of making their voices heard, the movement intends to hold a nonviolent march. We trust that law enforcement in South Africa is taking the recent threats seriously. 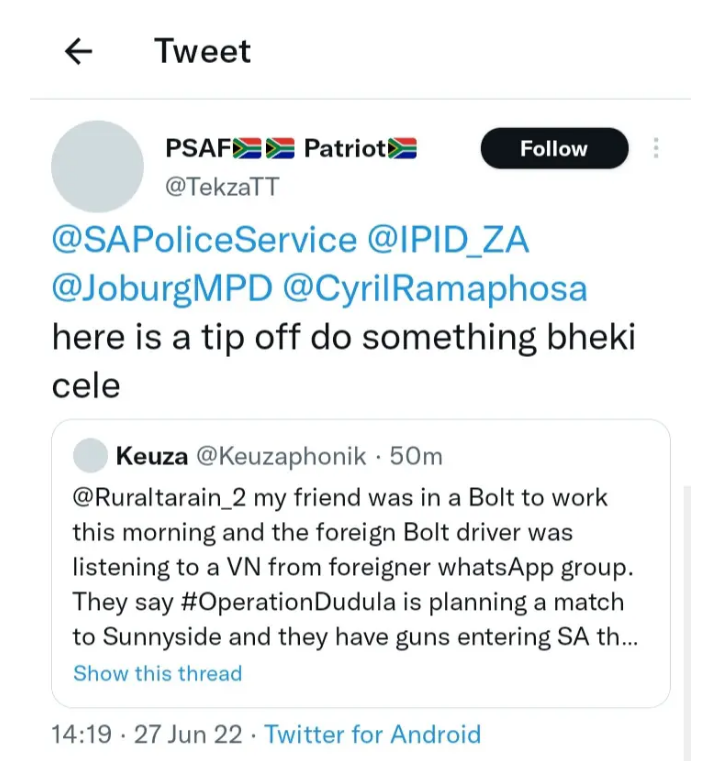