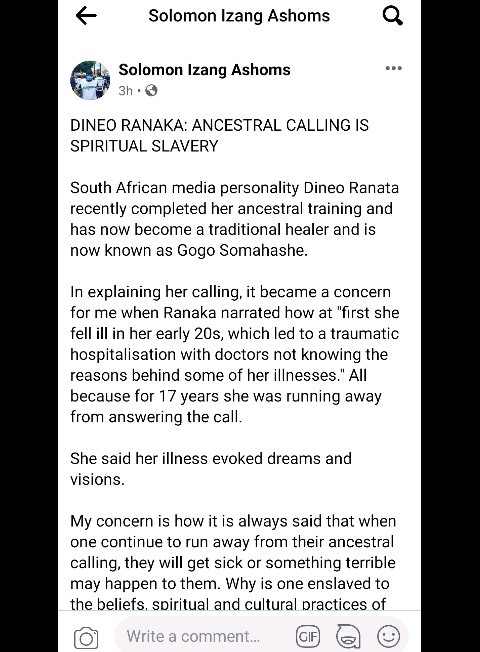 Solomon is known for fighting for justice and exposing people's secrets. When Makamu was accused of immorality, Solomon was the front of the case, he went as far as accompanying the victim to open the case against Makamu and he said, all he want is for Makamu to acknowledge his actions and apologize to the victim.

Makamu then made a public apology to his wife,fans and everyone involved and the case against him was dropped.

Now Solomon is starting again by voicing out his opinion about Ancestral calling.

In explaining her calling, it became a concern for me when Ranaka narrated how at first she fell ill in her early 20s, which led to a traumatic hospitalization with doctor's not knowing the reasons with some of her illness. All because for 17 years she was running away from her calling", wrote Solomon

People are saying, he can't seem to mind his business 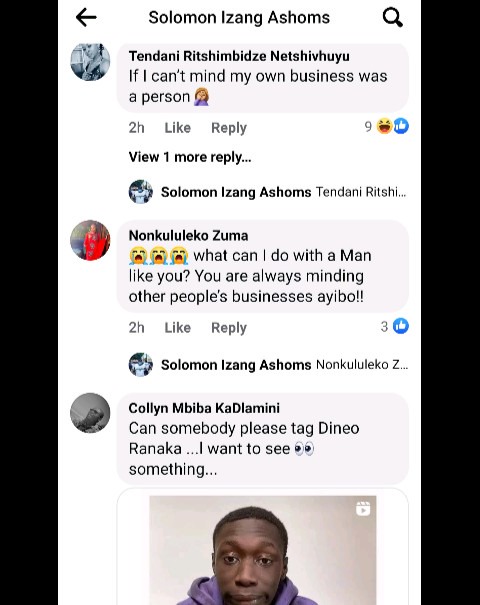 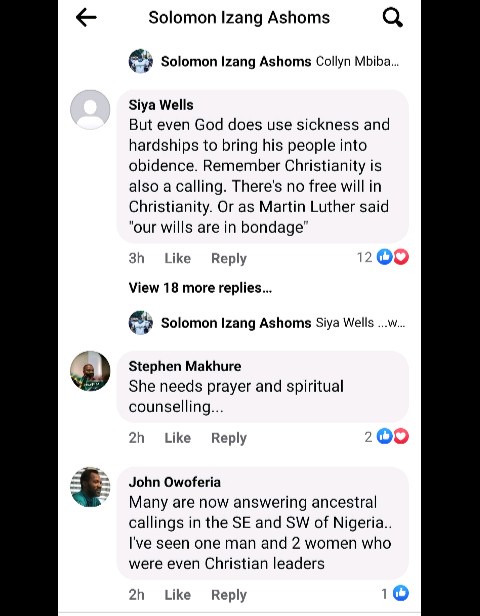