A forty-year-old man has been arrested in connection with the cat deaths in Manenberg.

By Ella_gist_media (self media writer) | 9 months ago

| Who is it that is killing Manenberg's cats? Authorities are on the lookout for a "serial cat killer."

After thirty cats were found dead or injured in recent weeks in Manenberg, Cape Town, police and the Animal Welfare Society are collaborating to find a'serial cat killer.' 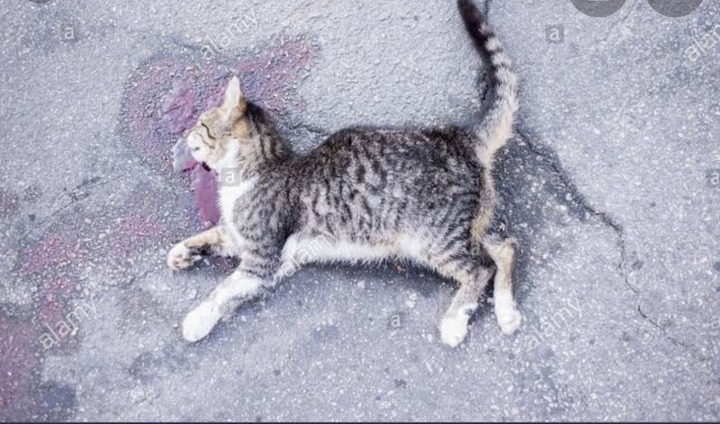 In connection with the Manenberg cat deaths, SAPS has detained a 40-year-old man for interrogation.

The individual was "detained" on Friday, according to police spokesperson Joseph Swartbooi, and will stay in jail until the inquiry is completed. At this time, 42 cats have been slain, disemboweled, and dumped in the yards of locals.

Allan Perrins, a spokesperson for the Animal Welfare Society of South Africa (AWS), said there have been no recorded cat killings since the confiscation of two dogs on Monday at the suspect's home. He said, "Both dogs, a Pitbull cross and a short-haired terrier cross, appear to have acclimated well to their loving new surroundings and are sitting through the first of three separate behavioural tests this afternoon."

CCTV images of a pit bull and terrier cross attacking cats in the region earlier this month led officials to a person who may be involved to the ongoing attacks. AWS claims that by robbing the suspect of his capacity to hunt by proxy, they have struck him a fatal blow: Before leaving the apartment where the suspect was apprehended, Perrins said the team conducted a voluntary search and discovered a little puppy among the litter and scrap stuff in the backyard.

He said, "No one claimed ownership, therefore he, too, has been brought into our care."

AWS stated that they have gone as far as they can with this exceptional incidence of animal abuse.

Content created and supplied by: Ella_gist_media (via Opera News )