It seems the directorate of priority crimes investigations (Hawks) have suddenly awaken from their deep slumber, over the last few years, white collar crime in South Africa had reached odiously nauseating levels, but there are luminous signs that perhaps law enforcement agencies are working overnight to bring to book those who are found on the wrong side of the law. Earlier this morning, it was reported that the Hawks arrested a high-profile Durban-based lawyer on charges relating to fraud. Mzwandile Ntombela, appeared at the in the Durban serious crimes court after he was busted on Sunday for allegedly swindling his clients a whopping R362,000 in Road Accident Funds payouts.

Ntombela, who is already out on a R10,000 bail, is understood to be an attorney, and was previously an employee of the RAF agency. Hawks Spokesperson in KwaZulu-Natal, captain Simphiwe Masango confirmed to News24 that, Ntombela was arrested on 36 counts of fraud, and his matter has been postponed until 4 October. 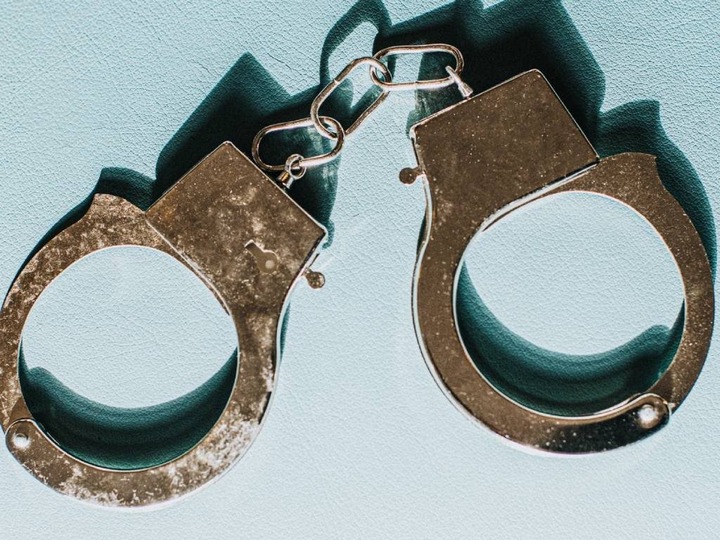 "The allegations are that Ntombela, who was a practising attorney, got payouts in the tune of R362,000 from the Road Accident Fund (RAF) on behalf of his clients. However, instead of disbursing the money to its rightful beneficiaries, he allegedly utilised the money for his own person and utterly selfish gain. Therefore, a case of theft was opened at Durban Central police station, and the matter is within the purview of the directorate for Priority Crime Investigation for intensive investigation," Mhlongo told reporters.

Masondo went to explain more of Ntombela's shenanigans, indicating that, after the plundering of his clients' resources,"he discontinued from practicing as an attorney and in a quick flash changed his surname from Masango to Ntombela." 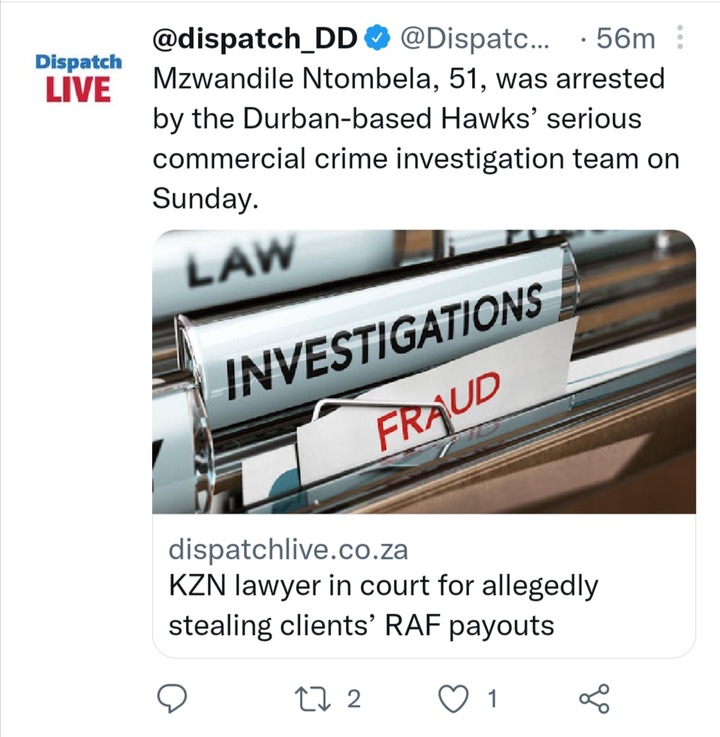 Ordinarily, there is a contrived sense in society that white-collar crimes are not as harmful as violent crimes in society, but the reality is ghag these kind of crimes are as callous as any other because they leave families devastated.

Take of instance the VBS Bank heist in Venda, it has left an indelible mark in the history of South Africa and particularly for people around that area, where families were defrauded of their life savings.

Ntombela's alleged siphoning of his clients' funds albeit at a much lower level, is tantamount to violence.

What measures do you think should be put in place to deal with white-collar crimes since it has been on an alarming rise?