Sinqobile Maphisa has been hiding for a month because she has been threatened with her life more than once. But she says that nothing will make her give up on her quest for justice. Her life was in danger after she said that her brother, Mthokoziseni Maphisa, and the four other people accused of killing Senzo Meyiwa did not do it. The 29-year-old woman almost said the same thing as Maphisa's lawyer, Malesela Teffo, when she told City Press that she stood by her belief that "these five men had nothing to do with this [murder]."

Look behind you. Stop doing that, because it won't work out. Stay away from it, because death is close by. You will be put in jail. It seems you want to die. You're sure you're smart. These are just a few of the threats that Sinqobile has had to deal with in the past year, either through social media or, even scarier, through anonymous phone calls. 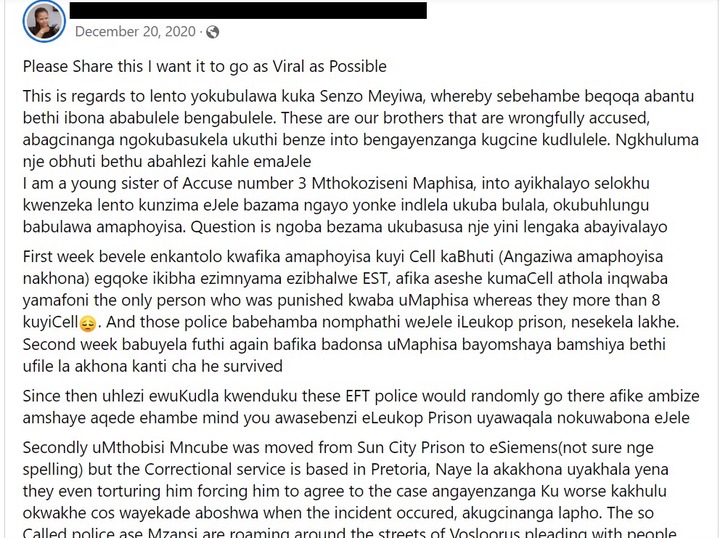 "I went into hiding the day after Advocate Teffo was arrested because, at the time, my only thought was that if they had the guts to arrest an advocate, let alone in a courtroom, who was I to think I was safe after getting threats? Teffo was taken into custody in April, right after the judge put Meyiwa's trial on hold. He was arrested for contempt of court because he didn't show up to face charges of assault and trespassing at the Hillbrow Magistrates' Court. He insisted that he couldn't go to court because he had Covid-19 and that the court knew about this.

Meyiwa was killed on October 26, 2014, at the home of his then-girlfriend Kelly Khumalo's mother in Vosloorus. Sinqobile says she is not afraid, even though she knows her life is in danger. I think the killer is probably someone who was in that house. No one broke into the house. My brother and the other person who was blamed had nothing to do with it. No one stole anything. 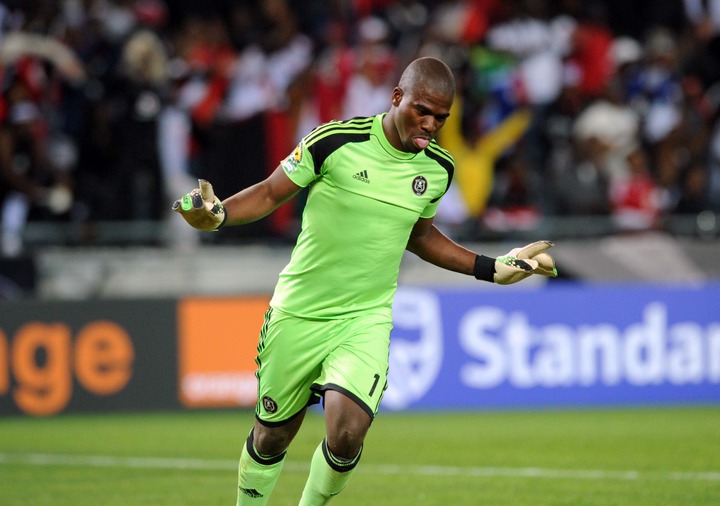 There have also been threats against some of Sinqobile's family members.

“I have been getting phone calls from different numbers. Always a man's voice would tell me to watch my back and to stay out of this because I'm a woman and I don't know when something bad will happen to me. I was even told that my family is not safe and that I should look out for them. She told City Press that when she tried to call back the people who had threatened her, "the calls never went through. I would get a recording saying that the number did not exist."

Two months after the five accused were caught, in December 2020, Sinqobile went on Facebook to say that her brother had been attacked and hurt while he was in prison. She also said that "powerful law enforcement officials" were trying to hide the truth about who really killed Senzo by lying, being biased, and getting in the way. "Since he was arrested, my brother has been attacked twice and had to go to the hospital. The one attack, which happened early last year, hurt him so much that he lost hearing in one ear. He has proof in the form of hospital records." 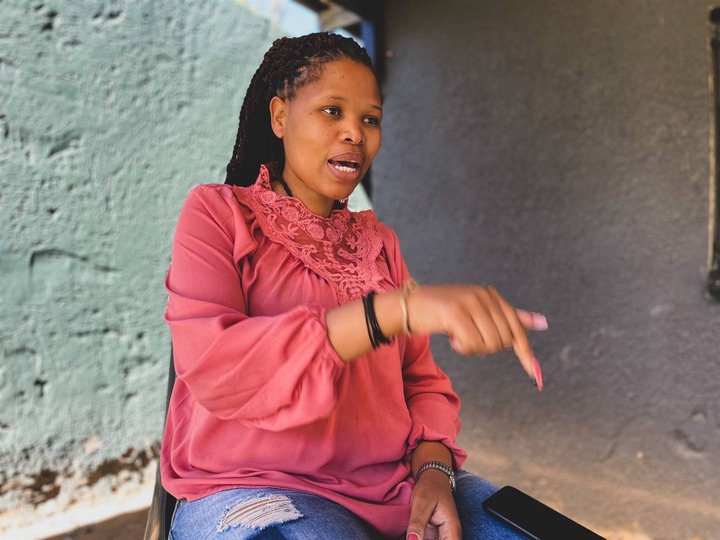 She said she got her first death threat the same day she posted what she calls her "campaign for truth and justice." She said that her family and close friends, including her brother, had begged her to stop putting her life in danger over and over again. "I know what I've been doing. I know what I'm in for, but I'm doing it for the right reasons. If a legend like Senzo can't get justice, it means that people in higher positions are hiding this crime, and the truth needs to come out.

Sinqobile goes to Leeuwkop Prison to see her brother often, and she has even been threatened there. One visit in particular stands out in her mind: "As I walked in, a woman pointed at me and started shouting, 'This is the girl who is spreading lies on Facebook about this prison!'" Watch out and be careful.'"

Watch | ‘If I have to die for justice to prevail, so be it,’ says Senzo murder accused’s sister | Citypress (news24.com)