After a mall in Durban, South Africa, caught fire on Friday morning, people jumped out the windows. Thirteen people were hurt.

According to EMER-G-MED spokesperson Kyle van Reenen, the fire was reported shortly after 10:00 a.m. Friday at China Mall on West Street in Durban's central business district.

According to Van Reenen, 13 persons were hurt, with many of them being Chinese nationals.

The injured were treated to nearby hospitals for their ailments, which ranged from slight to moderate, according to van Reenan.

The cause of the fire is unknown at this time, and it will be investigated by the South African Police Service," Van Reenen said in a statement.

Two persons have been rescued and are being treated by paramedics on the top floors. They're in a fair amount of pain. All of the inhabitants are expected to have been evacuated, but final sweeps are being carried out floor by floor, according to Van Reenen of the South African news station News24. Two victims had moderate burn injuries, while a third was hurt after jumping out of a window, according to ALS paramedic Garrith Jamieson. When Van Reenan's team arrived on the scene, people in the mall were using package strapping to "abseil" down to the ground and escape the flames, according to Newsweek. Large black plumes of smoke can be seen rising from the structure in videos circulating on the internet. Another video shows throngs forming outside the mall and individuals on the streets below attempting to assist people in descending. 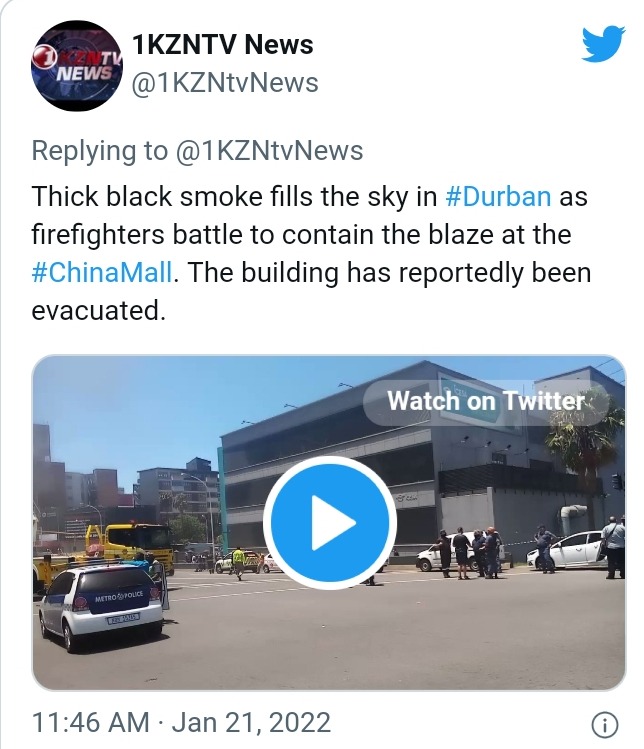 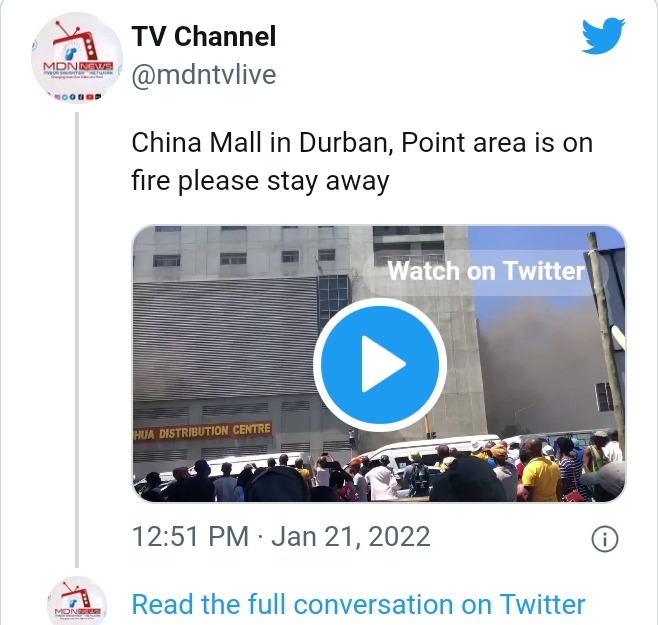 According to Van Reenen's statement, the fire started on one of the complex's floors, and Ethekwini Fire and Rescue, along with Metro Police and South African Police Service Search and Rescue, had to utilise high-rise ladders to reach the victims.

Everyone has been escorted out of the mall, according to Van Reenan, but firefighters are still battling the incident.

Only a few months ago, Durban was the epicentre of some of South Africa's deadliest riots in its democratic history, with 337 people killed. After a political demonstration against the government turned opportunistic, dozens of malls were vandalised, robbed, looted, and set on fire, exposing South Africa's enormous economic inequalities. In KwaZulu-Natal, the southeastern region where Durban is located, more than 200 retail complexes and 100 malls were looted or destroyed, while at least 1,400 ATMs were damaged and 300 banks and post offices were vandalised.