People of South Africa are tired of the criminal activities happening in their areas every now and then. Community members have lost faith in the South African Police Services since there are many cases which just disappears without getting solved, when they open cases against the criminals who are tormenting them as the residents, the same guys will be seen walking down the streets in a matter of days, they then go back to their ways and give the people problems, but the residents of Protea decided to rehabilitate their community on Thursday, they took matters into their own hands and dealt with the three criminals who are allegedly making their lives a living hell. 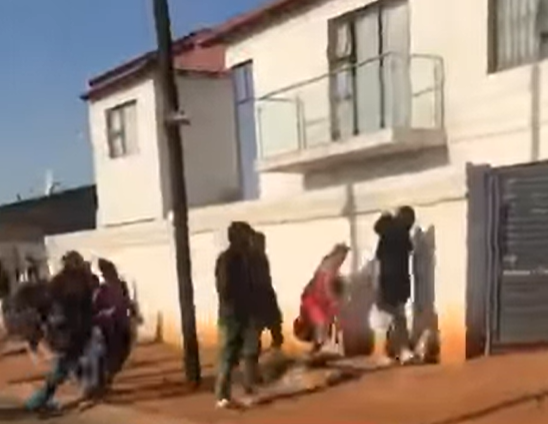 A video has emerged o social media where the angry mod could be seen beating up a guy who is allegedly a member of the gang that goes around the community breaking into house and committing different types of crimes, but the disgruntled members of the community have heard enough and felt the need to bring peace in their area, they took to the streets and hunted down the criminals and they did what they had to do while the members of the SAPS could not do anything about it, they were reportedly told to mind their own business.

"Community members are saying they're tired of criminals that when caught and handed over to police, only to be released soon after. Police were told to never interfere for the sake of Peace," reports suggests. 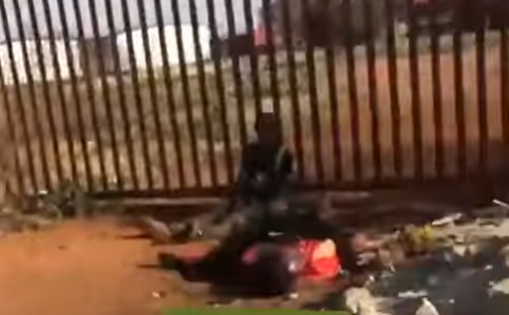 On the video, two beaten and battered men were seen sitting helplessly near the fence as the community continued to beat up the third one, they were beating him up with different items including iron bars, sticks and a whole lot of other things, the SAPS van could be seen parked on the street, but they could not intervene since they were reportedly told not to otherwise there will be trouble. 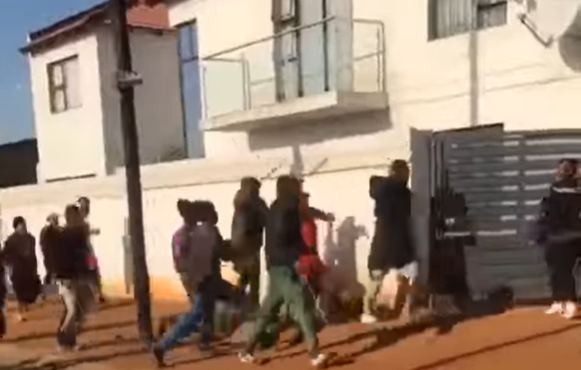