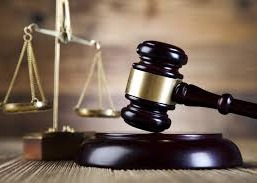 The man from from North West identified as the 34 year old Samuel John Noko who allegedly killed and dismembered his 29 year old girlfriend Monni Monyeki had his case postponed to the 22nd of January 2022. This is to allow for further investigations to be conducted .

This was made known when he appeared in the Moretele Magistrate´s Court on Friday .The charges being faced by the suspect include rape , murder and defeating the ends of justice . The deceased Manni was reported missing on the 29th of May . She had been last seen with the boyfriend .

When investigations were conducted , the boyfriend took the police to a shallow grave where they found the remains of Monni. It was discovered that some body parts were also missing . The same suspect is being accused of raping the 14 year old relative of his late girlfriend .The alleged rape took place when Manni was missing .