By Kukizi (self media writer) | 7 months ago 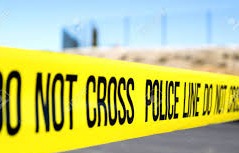 Killings were reported that took place on Wednesday the 29th of December when a police shot and killed a fellow law enforcement agent before taking away his own life using the same gun .

The Independent Police Investigative Directorate is reported to be in the middle of investigating the Tweefontein Police Station when a police sergeant allegedly shot and killed a female Constable .

It is unknown why the Sergeant followed his wife at his inlaws and shot her dead . Afterwards , the Sergeant turned the gun on himself and reportedly killed himself . The two were confirmed dead on the scene . The motive behind the killing could not be established .