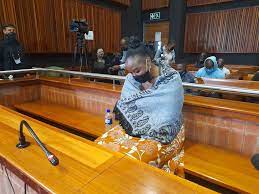 It's the big day for the melodramatic former Tembisa cop Rosemary Ndlovu, who is accused of planning the murders of five relatives and her lover in order to collect insurance money. Ndlovu will return to the Gauteng High Court on Friday to learn the outcome of her case, which has captivated and gripped the nation. Ndlovu reportedly collected more than R1.4 million in insurance and life cover benefits following the deaths of her relatives and previous live-in partner. Cellphone evidence and eyewitnesses have led to Ndlovu as the accused mastermind behind the killings, which included evidence manipulation.

Her alleged killing spree began in 2012 and concluded in 2018 when she was apprehended. Ndlovu was reportedly caught on video plotting to murder her mother, sister, and her sister's five children in Mbombela. Madala Witness Homu, Ndlovu's cousin, was allegedly her first victim. Near March 2012, Home was discovered dead with head injuries in Olifantsfontein. Ndlovu later received almost R131 000 as a result of Homer's death.

She only handed R15 000 to Homu's mother, Lucy Mushwana, after his funeral in Mpumalanga. Following Homu's death, Ndlovu's sister, Audrey Ndlovu, was poisoned and strangled in her rented apartment in Tembisa in June 2013. Ndlovu denied tampering with evidence at the scene of Audrey's death. She later walked away with R717 421.17 after Audrey's death. Audrey, according to Ndlovu, named her as the only beneficiary on all of her (Audrey's) burial and life insurance plans. Zanele Motha, Ndlovu's niece, was reportedly the third victim. 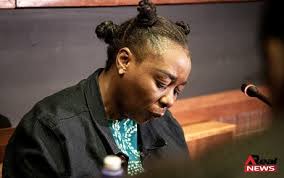 In June 2013, she was confirmed deceased upon arrival at Arwyp Hospital in Gauteng. Motha had moved in with Ndlovu before her untimely demise. Ndlovu later received around R119 840 from Motha's death and only spent R60 000 on burial expenses.

She is then accused of masterminding the horrific murder of her live-in lover, Maurice Mabasa. Mabasa died in Olifantsfontein in October 2015 after being stabbed more than 80 times. Ndlovu received R416 000 as a result of Mabasa's death in 2015. She obtained life insurance coverage for Mabasa from Clientèle, Assupol, Old Mutual, and Absa. Ndlovu was later awarded R115 000 by the American Embassy, where Mabasa was employed. Mabasa's death was followed by the death of Mayeni Mashaba in April 2017.

His remains were discovered at Olifantsfontein. Mashaba had met Ndlovu the day before his death. Brilliant Mashego, her last alleged victim, was her nephew. Mashego was last spotted with Ndlovu on January 22, 2018, in Bushbuckridge. He died as a result of head injuries. His corpse was discovered in Bushbuckridge on the 24th of January, the day after he was last seen with Ndlovu. Ndlovu acknowledged in court that she purchased two to four funeral insurance for Mashego. Mashego was covered by Old Mutual as if he were her own kid.